Heres a few pictures of what I have built for posterity. I tore it down yesterday for parts and a rebuild into a Corsair 280x case. 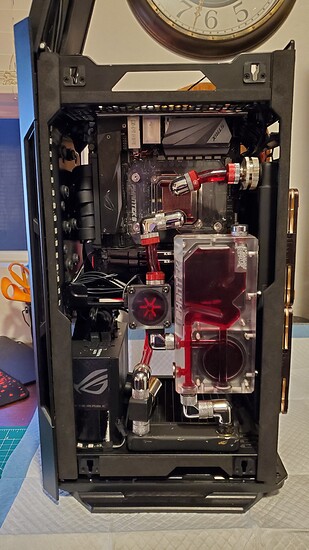 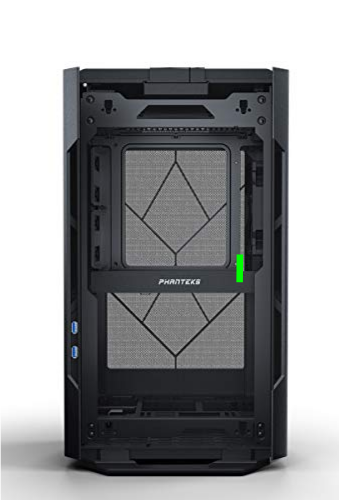 Here is the example of the cut I made to make room for the 240mm radiator. I knew already that the Noctua NF-A12X15 Fans fit between the outer aluminum panel and the case frame when assembled. This of course requires some machining of the panel. I prefer to let ModMyMods handle that for me. LOL The mother board support is plenty sturdy, especially with the support of the screw that goes through to the GPU support bracket. 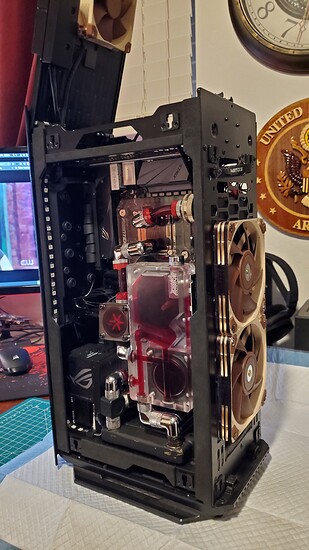 20210308_0633522268×4032 1.39 MB
The only other cuts I made were in the front of the frame you cant see behind the fans. Once I decided where I wanted the radiator, I cut away some of the meat that would block the flow of air through the radiator. Also of note. The Phanteks Glacer Pump/Res combo fits perfect between the glass and the motherboard support frame. I did also have to remove the magnetic fold down beauty plate, but hey…all for science.
Also, in the picture above you will see a NF-A9 fan I had placed on the top panel of the case. With how my cables pluged into my motherboard, I found I had some open space up top right above where there are openings directly into both sides of the case, decided to try mounting a fan to draw out some warm air instead of relying on the chimney effect (which we know this case gets hot) and it worked out great. Its not a 120mm fan but made a little diffrence in the temps. 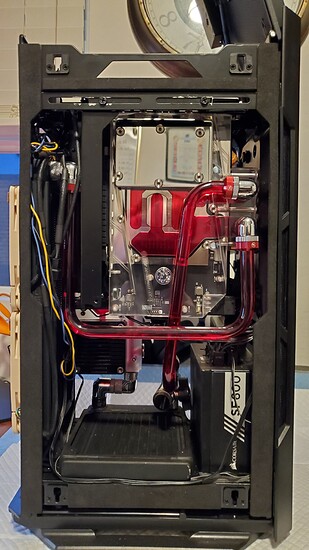