I've been overclocking with the help of some friends. But after upgrading my Mobo, Gfx and adding 8Gb more of Ram, the overclock stability were at 4.3ghz 1.39v at Max I could get. I tried once but got Bsod at 1.45v at 4.4ghz. After doing some torture test with Prime95 and Aida64 temps were at max 95C and min was 60C for 5mins. (Prime95 test was longer compared to Aida64 and temps were as high as 88-90C.)

Is my gfx causing too much stress? or is it low Psu W?

Another question; When changing my Mobo, I didn't install new OS. Just plugged the SSD and updated drivers. So, will that have an affect on OC?

What should I do to stabilise OC at 4.5 or higher?

Your temps seem too high to push the voltge any further. The PSU is not the issue.

Have you tried setting LLC (load line calibration) as high as it will go, this should provide more stable voltages.

The uncore is probably untable since by default it tries to 1:! with the clock speed, force the uncore to stock speeds and see if that stabilises the core clock. (The uncore has negligible performance increases from overclocking.)

LLC settings is at extreme.

I didn't quite understand what you mean by "force the uncore to stock speeds and see if that stabilises the core clock". If you could simply explain how, where I should do?

Ah I see, you're using software to overclock? First thing to do is to set everything back to default in that software, then uninstall it, then proceed to attempt to overclock from the bios/UEFI (will always be bios to me)

The uncore will be available in the bios.somewhere, as I am not familiar with that particular board, I'm not sure where you will find it, however it is standard on all X58/X79/X99 motherboards.

Well tbh, I wasn't using AI suite 3 when I bought this mobo. I was overclocking manually with everything on default. I'll add a screen shot of my bios soon. I myself like to configure it from bios too, however, I am not very good with OC and I don't wanna burn the cpu down. So All I know is the very basic of OC, increase the ratio and Voltages. Nothing less or more.

Sorry, my mistake, it appears on X79 boards the uncore is permanently locked at a synchronous ratio with the core clock.

Have you tried bumping up the CPU strap to 125mhz? Not the BCLK, it should be a seperate option, either 125mhz or 1.25x

You will then need to tweak the multiplier you have on the CPU as well as on your memory to get the frequencies that you're after.

This could smooth out stability, in theory. If not, you may have just not been that lucky in the silicon lottery.

well i think 4.3Ghz is allready a very good number, it dont think that you will get it much higher / better then that. Dont forget that we talk about a six core here, not a quadcore, that makes allot sense with overclocking on intel. 4.3Ghz is allready 1Ghz OC over the stock clock and that on a 6 core chip, i think you need to be pleased with that result.

95C is way to hot, this just means that you are overvolting it. The reason why your system gets bluescreens, is most likely caused by the temps in combination with memory controller issues.

like i said you cannot compair an quadcore i7 to a hexa core i7 wenn it comes to overclocking. you need to be very happy with the numbers you have right now. because going much higher then that, you will probably get allot of bsods due problems with the memory controllers.

I had this long Prime95 torture test session. Seemed like it wouldn't crash for that long. However temps are skyrocketing well. After the test I had to restart the pc for an update and it crashed when the Windows was booting up. What might I be doing wrong here?

You can see the OC, and Voltages below;

Those voltages are just way too high if you want to get any kind of longevity out of that CPU!

I'd keep the voltages below 1.4v

Have you tried bumping up the CPU strap to 125mhz? Not the BCLK, it should be a seperate option, either 125mhz or 1.25x

You will then need to tweak the multiplier you have on the CPU as well as on your memory to get the frequencies that you're after.

This could smooth out stability, in theory. If not, you may have just not been that lucky in the silicon lottery.

I haven't tried CPU Strap to 125mhz and haven't ever tried, so don't know the difference and configuration. I need to check some guides first.

I may indeed be unlucky in that damn silicon lottery.

Just had another stability test with Aida64 and I almost had a heart attack. Didn't wanted to go 10min mark. Those temps are overkill. 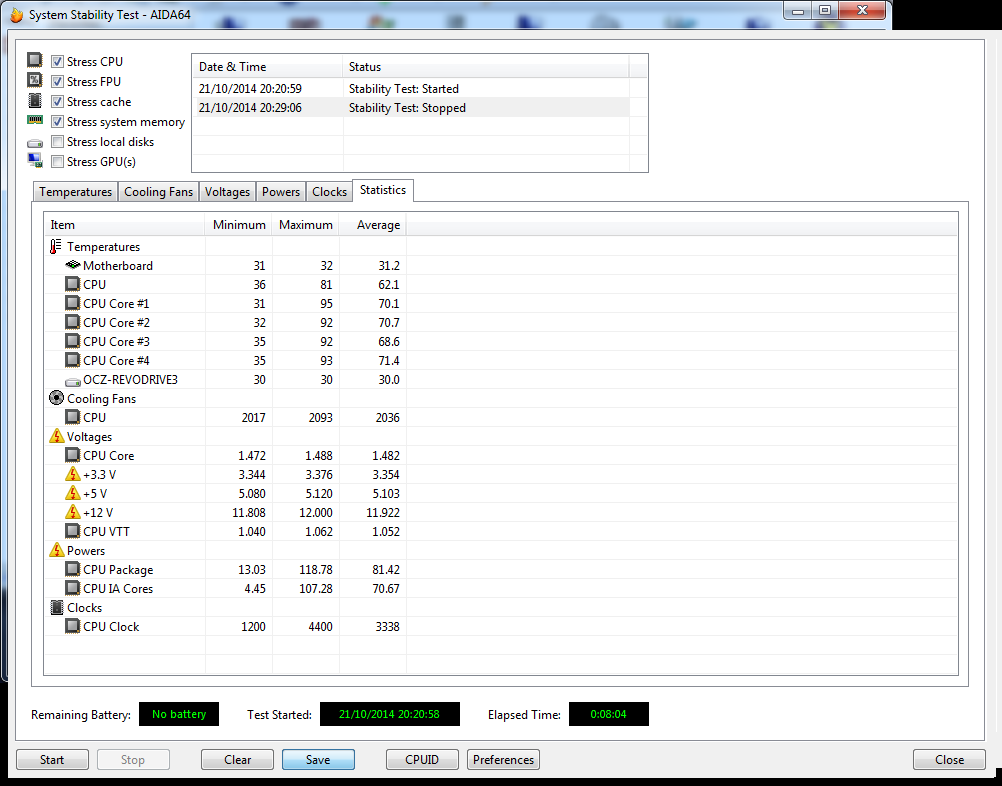 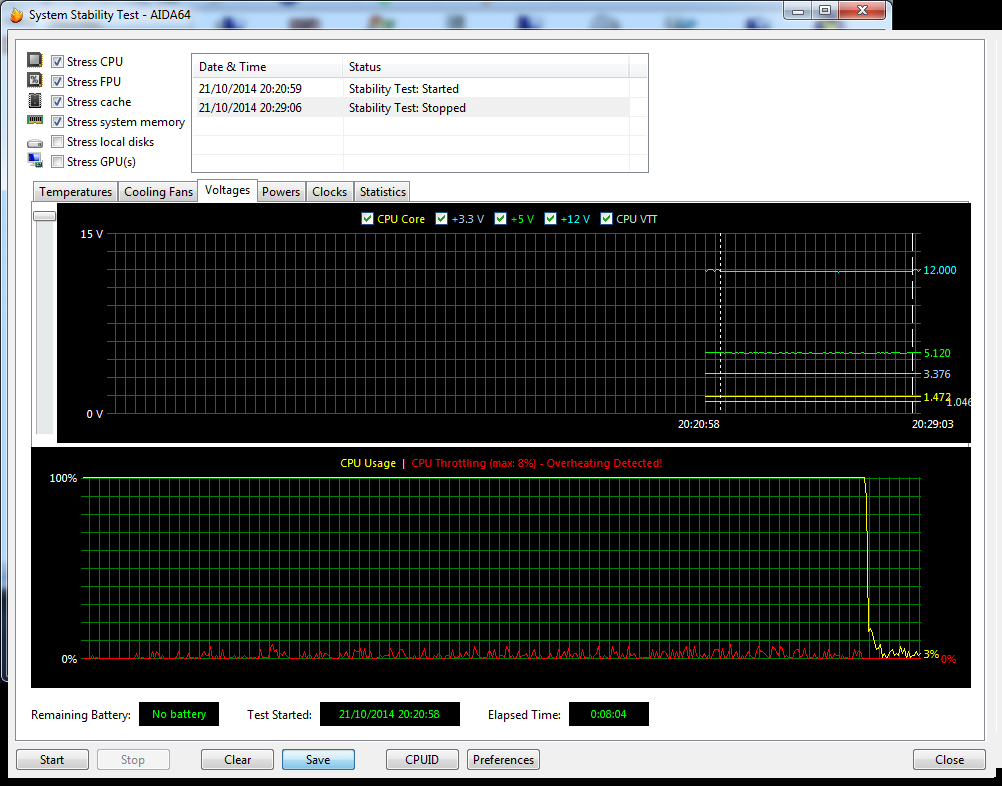 CPU strap to 125mhz won't work. Bsods before it boots up.

i would say set you cpu voltage to the stock value as static number. and then start to bump up the multiplier, with 0.5 at a time, and then do stress testings. you will automaticly end up wenn on a point where the system starts to get unstable. Then you can start to add some voltage to it, and try again. and test again.