Optimal use of PCIe interfaces on Asus Z690 TUF

I’m just about to rebuild my PC with an upgrade to Alder Lake on the Z690 chipset. I bought the Asus Z690 TUF gaming motherboard and I’ll be using the following PCIe devices:

It’s my understanding that the platform has enough bandwidth for the:

I was intending to use the following sockets for the devices and was hoping someone could take a look to see if it’s a sensible way to lay things out. I’ve also attached an excerpt from the motherboard manual which describes the interfaces. The manual is very sparse on details of which chipset interfaces share bandwidth with one another, so any insight here would be greatly appreciated. I’m assuming M.2_2 shares bandwidth with the SATA controllers on the basis it’s the only one of the M.2 sockets suitable for SATA SSDs, but I’m not certain. 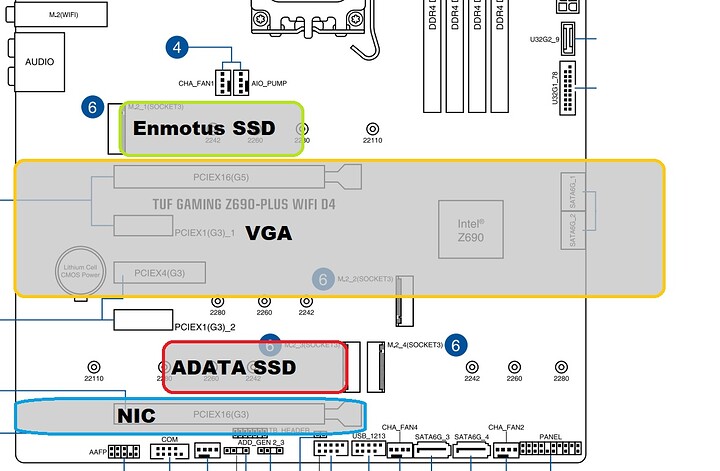 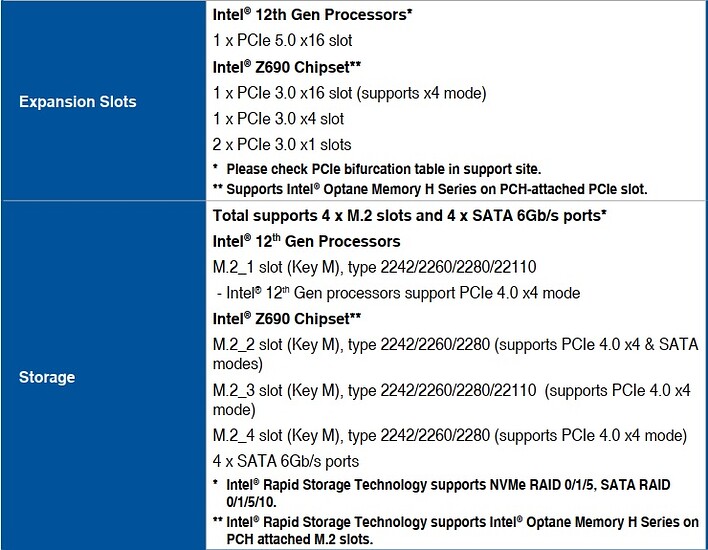 Thanks very much for your time

The manual does not say anything about port-sharing, because the board does not need it. The SATA-capable M.2 port physically enforces that it does either 4x PCIe 4.0 or 1 SATA. Apart from this, every other PCIe slot has its own dedicated connection.

One can look at Intels specs (ark, datasheets, chipset vol. 1 of 2, Intel Z690 Chipset Product Specifications) to understand what the chipsets can do and from that infer how Asus has the board wired up.