So I noticed that Seagate external drives have a tendency to suffer performance degradation with large back ups. For example, I had a 5TB drive that would start a backup at 130MB/s but then it would slowly drop to 1MB/s. This was extremely frustrating, causing backups to take days instead of hours.

Looking at the SMART data turned up a possible culprit: temperatures. Copying multiple terabytes of files seemed to cause the drive to exceed design spec, and presumably throttle to keep from melting into a puddle of slag.

Fast forward to today when I was trying to restore an image to Macbook. Copying started out at the expected 30MB/s (only had a USB 2 cable handy), but fairly quickly dropped to 13MB/s with an ETA of four hours. Thinking about my past experience with overheating Seagate drives (yes this was a 1TB Seagate Expansion Drive) I decided to increase the cooling surface area. I put the drive on its side, and within minutes the ETA dropped from four hours to 1 hr 50 min and copy speed shot up to 20MB/s.

Am I smoking crack? Is there any possibility this “weird trick” actually works?

Totally reasonable assumption.
I have a 8TB WD drive that i shucked, before i shucked it i tested it in the original enclosure and it would idle at 60C (after warming up) and during a big transfer would get into the 70’s and performance wasn’t great. i blamed it on the USB cable but it may have been the temperature.

The drive runs better in the case but it still idle’s 10C higher then any other drive in my system.

From a few quick searches around (I was looking for actual design documents, official statements etc.) it does appear that drives should maintain their temperature between 5 to 50 or 60 (older vs newer) Celsius (see for example; https://www.seagate.com/www-content/datasheets/pdfs/ent-cap-3-5-hdd-data-sheetDS1882-2-1606US-en_US.pdf - look for ‘temperature’)

It is not that far off to assume based on that, that when a drive reaches a high mark close to or over those temperatures, it would start to throttle down (just like your CPU, GPU, etc. would)

So yes, maintaining a proper temperature of your drive(s) can help maintain their more optimal speeds

So yes, maintaining a proper temperature of your drive(s) can help maintain their more optimal speeds

What gets my knickers in a twist is that these drives are being used as intended (i.e. full system backups.) Shouldn’t they be designed with proper cooling for their intended purpose?

EDIT: 15 years or so ago I remember that my company had a Fantom external drive with a fan. Yet today I never see external drives with active cooling…

Temps are only part of the performance drop, if a drive uses shingled recording it’ll cache/write to a fast “temp spot” then shingle record it for a full block as part of the optimal storage-you see less fragmentation as a result. On a Firecuda 2TB I use for mobile game storage, its amazing how the shingled recording kept the fragmentation extremely low compared to a normal desktop(non-shingled)… random I/O is bad but the 8GB cache has its benefits.

In my experience it really depends upon the Seagate external drive series, their expansion series has poor air flow as some of the vents aren’t even punched out and are just about design looks and they must be standing vertical to stay under 70C.
BackupPlus series has actual air holes, however 90% of the drives they use are shingled recording and some drives are actually Seagate Archive series drives which are 5200 RPM.

Can’t say much about WD external drives, I mostly avoid the MyBook series as they use encryption built-into the SATA-USB bridge so if the enclosure goes bad your data is stuck.

Whilst I agree with you, I can think of a multitude of reasons why active cooling isn’t the case anymore with external drives.

This is just what I can think of, but the gist of it is “In most events, it either doesn’t matter or (most of) the user/users won’t care”.

As SSD’s are becoming more and more common place, and prices (in general) are falling - the spinning disk variant of drives will eventually fade away. Now I am aware that SSD’s are absolutely not cooler - but they usually are smaller. So while maintaining the same size of the entire package (disk+enclosure), more surface-area can be dedicated to cooling (for example) which was previously dedicated to the drive itself.

Am I smoking crack?

Absolutely not. Even HDDs slow down due to temperature and cooling them down may keep the sustained performance higher for longer (unless you’re saturating the cache faster than it can be finalized on the disk). To add to this HDDs are more susceptible to temperature changes so the cooler they are during their lifespan, the longer they will last.

^ this is playing russian roulette with hard drives. Whoever made the enclosure just said fuck it, whoever is gonna buy it is gonna deal with their data being lost.

@PaintChips I avoid Seagate if I can help it at all. Here’s Louis Rossman talking about how often he sees Seagate drives in his drive recovery business: 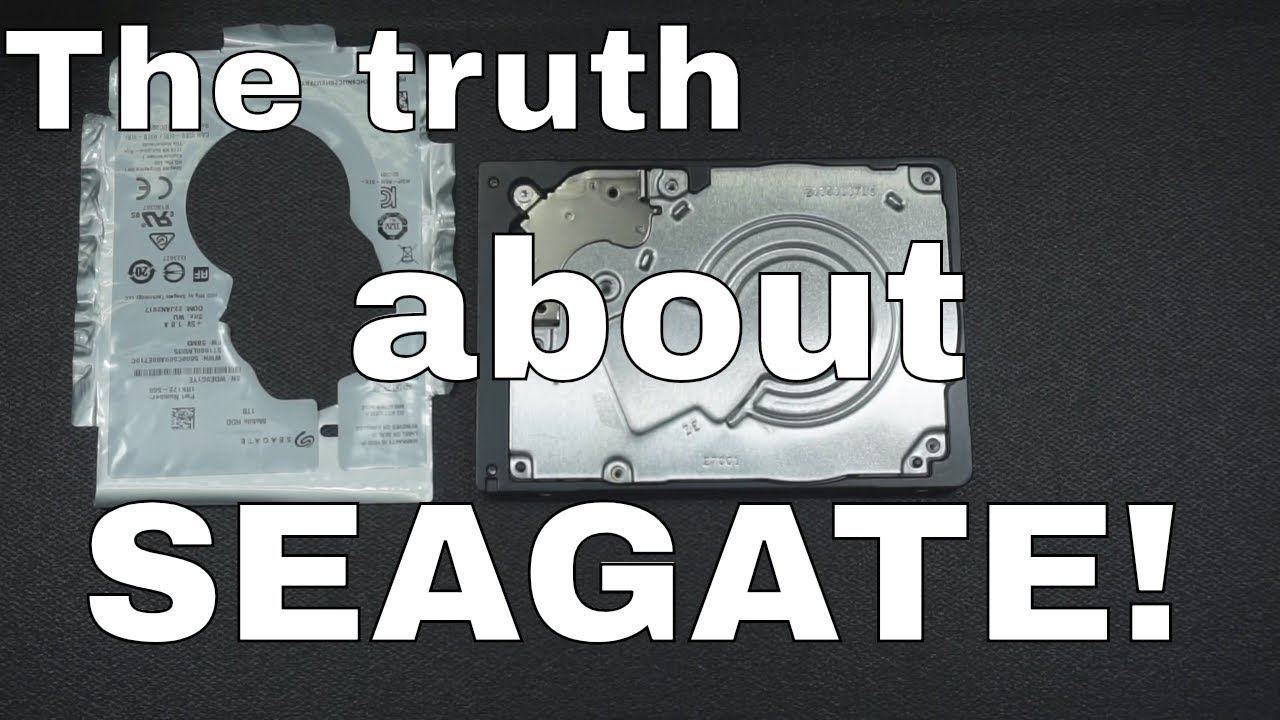 Is it true that if you put a hard drive with the prongs pointing at the ground, that the bits of data can leak out over time?

This is the same conclusion I’ve come to as well. Newer drives should be kept below 60, older drives 50.

I still prefer a range of 30’s to 40’s, which is perfectly doable with proper airflow.

All the Seagates I’ve inherited have had very poor airflow, and I’ll see SMART temps up to 60C. When I buy them for myself I’ve been getting G-Technology drives like these:

No active cooling, but it does have an aluminum heatsink to carry heat away from the drive. The all-metal chassis also helps get rid of excess heat. And they do not encrypt the drive contents, apparently unlike WD’s main line of external drives.

All the Seagates I’ve inherited have had very poor airflow, and I’ll see SMART temps up to 60C.

It was weird not to see any number in your original topic post. So, I’m not accepting your anecdotal evidence

The transfer drop maybe be caused by fragmentation/SMR housekeeping too.

Convection is not enough for sufficient cooling, as pointed out, the WD Elements/MyBook plastic external enclosures are awful. Even if you remove the entire side cover - it’s not enough to keep the temp <40°C (my personal preference).
Similarly, convection on a bare drive will be barely noticable (unless its lying on the floor?)

Aluminium enclosures are probably fine for up to 4-6 hours use (depends on radiation ability, ambient temp), I decided to plug in an internal case fan whenever I have to do long transfers.