I have a small problem and I’m a bit stumped on. I’m trying to passthrough a 2080ti to a Windows 10 VM. I can see the 2080Ti in the vm, however, there’s also a microsoft basic display adapter attached in device manager.

I was able to install the Nvidia Windows drivers in the VM without hiccup. However, when I try to launch the Nvidia Control Panel it tells me there’s no display attached to the nvidia gpu.

I’m a Fedora noob, so if there’s any logs or anything you need for me let me know.

I’ve included a screenshot. Thanks so much. 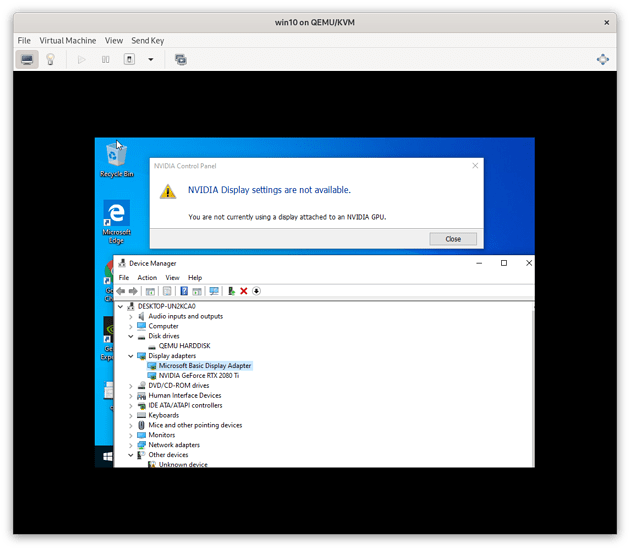 The Nvidia control panel is correct in it’s error message. You need to physically plug the 2080 ti into your monitor and use it like a normal system for it to work. If are wanting to use looking-glass, then you can either leave it plugged into a monitor, or buy an EDID emulator to plug into the card.

The basic display adapter is the emulated QEMU video card that you are using to see the VM screen right now.