I pulled NAS disk out from my server as I replaced it with bigger one. I was thinking about selling this but CrystalDiskInfo shows this 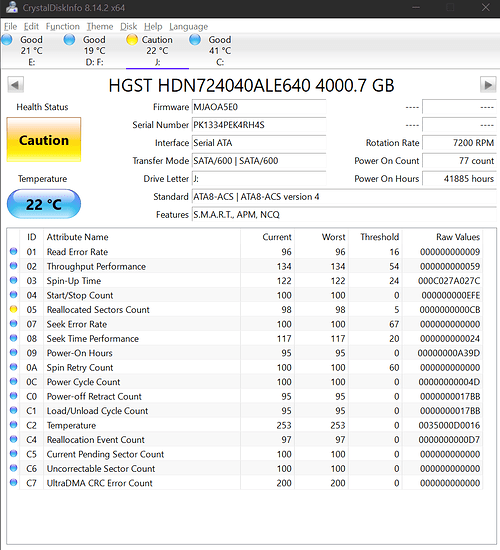 Interestingly, another internal disk I have shows Health Status as “Good” even though Reallocated Sectors are higher, 100/100 on that one. Both drives have worked perfectly. 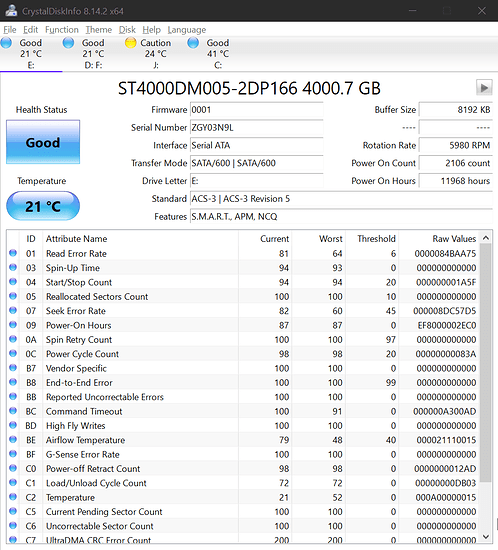 Wonder if its worth selling the used NAS disk or should I just recycle it.

I have no experience about the inner workings of CrystalDiskInfo and where it gets the current and worst values from. However the raw values indicate the first disc having 203 (Hexadecimal CB is 203 as an Integer) reallocated sectors while the second one has 0. This would align with the first disc being at risk while the second one is in good condition. A sector gets reallocated when it can’t be read or written to anymore without errors. For this purpose a hard disc often has a certain amount of spare sectors that can be used in case there are errors. It gets critical when there are no spare sectors to allocate anymore. Also an increasing number of damaged sectors could be an indication of debris in the drive or material fatigue of the platter. I personally would replace the drive as soon as possible an either recycle it or sell it as defect/bad condition.