So I recently got my paws on my first Tablet, the Google Nexus 7. As my first Tablet, I have had a really nice experience with it. The only issue I had is that I did not want to "root" my device to use external storage media to keep all my pictures, videos, etc; so I started browsing around the Play Store and I found a neat little app called the "Nexus Media Importer" and it was relitively cheap, too! I downloaded it and here is my take on it... 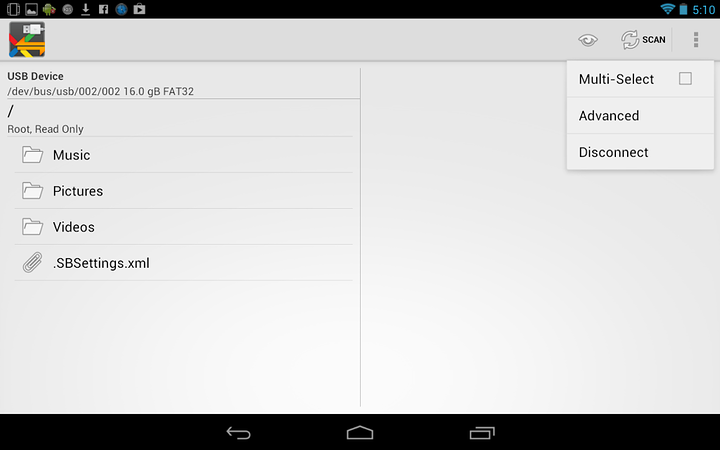 Once I attached my OTC cable and added my flash drive, I was presented with this screen. I really...REALLY liked how simple it was to browse the file system, but I was NOT a fan that it does not support exFAT  :(  We all cant have everything I guess...

After some playing around with it, I wanted to see what other ways it could display the directories...here are some pics with the different options.. 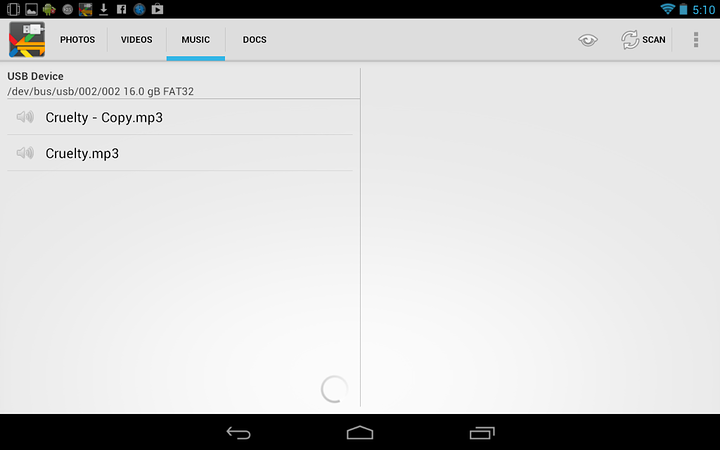 The "Tabs" selection seemed to have not displayed everything I have on the flash drive.....hmm...Looks like I wont be using this setting!

Streaming media using "BSPlayer" turned out to be an easy choice, because if I were to stream an MP3, and then went to use Chrome, it would not stop the song ^^ This made me happy. Streaming 720P video was flawless, by the way. 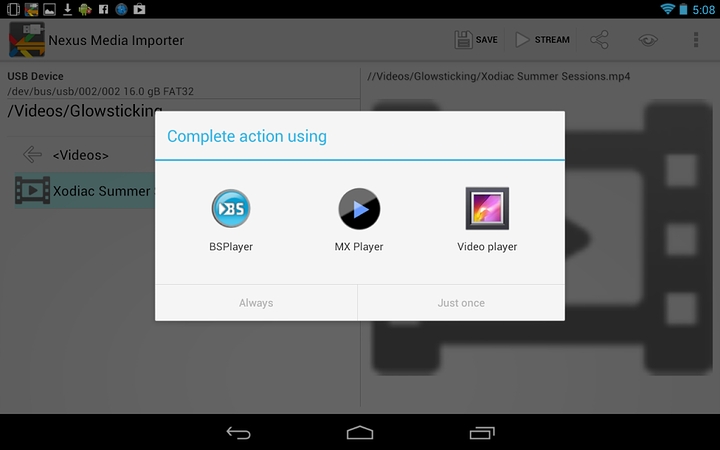 I also really liked when it came down to viewing pictures using this tool. I mean, yea, it had SOME issues displaying thumbnails correctly, but who am I to complain? 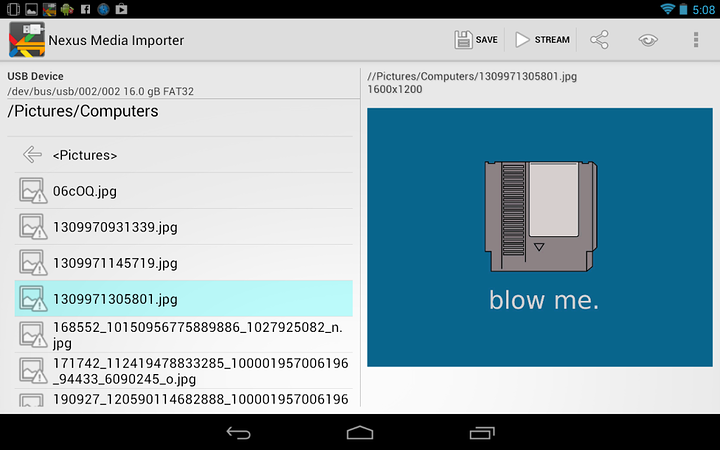 Unfortunately, my only annoyance with this app is that when trying to stream an MP3 from the drive, it wanted to run a local web server on my nexus JUST to play an MP3. But, using BSPlayer, that took care of the little roadbump :)  I was also pleased to find out that I could hit my "home" button to go perform other tasks, and the music was not suspended, but still playing nicely in the background :) 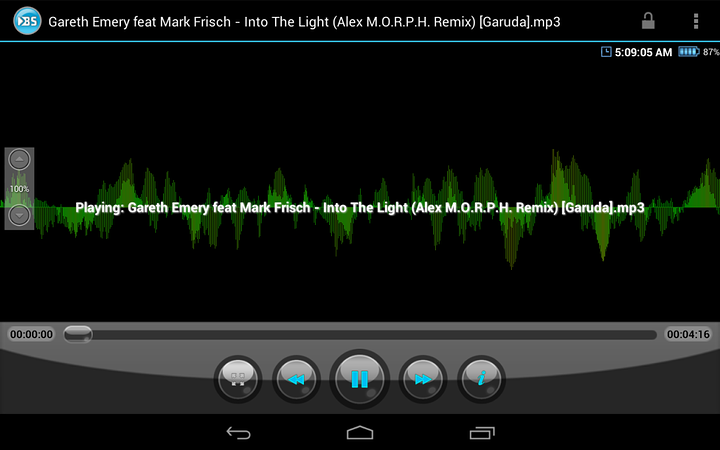 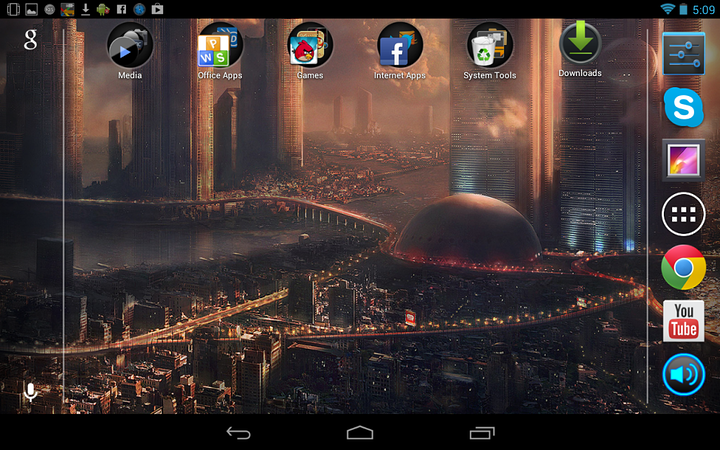 (The music was playing in the background when the above screenshot was taken :P  )

This isnt REALLY a review of the Nexus Media Importer, more or less just showing some pics of it. I really liked it at the end, getting past those ew issues I had with it. Overall, I'd say it is a must have if you dont want to root the damn thing xD