If you wanted to use a better PC you have lying around, the 4770, it would make sense to consider the “Forbidden router” setup - where you run your opnsense, pfsense, openwrt, or whatever in a VM.

The host/promox in that scenario ends up running ZFS for storage and various containerized apps, and possibly other VMs for other apps, e.g. home assistant for example.

In that scenario, you’d have several options on how to “plug in network cables into your firewall VM”. One of the most popular ones is to rely on SR-IOV and PCIe passthrough. This is where proxmox/host says: “hey network card, pretend you’re multiple network cards plugged into an ethernet switch” - then, they’d pass through these virtual network cards to the OS.

The other popular option is to use a bunch of purely in software bridges, between guest/host (4770 could easily pull 50gbps+ over a vhost tap interface, without bothering too many of it’s cores). It implies a bit more care ok the proxmox host - to disallow it talking to internet while letting VMs it’s hosting use it for that.

Another popular option is to have multiple cheaper physical nics - but that uses more slots more pcie lanes and more power.

Another popular option is to have multiple cheaper physical nics - but that uses more slots more pcie lanes and more power.

I was planning on putting two pcie nics in with one port each. Using more power is nto that big of a deal if it comes easier to setup.

If it is too complex to do everything in one, I can use other devices I have laying around. I have about 11 working i5/i7’s I would prefer to put to use. I would prefer if it wasn’t too hard to setup to get all use cases into one machine. If not I am willing to allocate other systems for my other uses to have an easier setup.

I do not have any VM experience or knowledge. I would have to get my hand held or have a good guide.

The issue is that you’re seem to gravitate towards “plug 'n play / point and click” which will make you run into a brick wall pretty fast. It would be no major issue combining all this quite easily without making it very complex if you were to run a regular OS of choice. You could indeed make that very complex too if you want but if you later on want to reconfigure using jails/namespaces or whatever you prefer (if you ever get around to do it) it’s not an issue. As far as security is goes it’s not really an issue on a residential network security but it’s not the most secure possible solution available.

The issue is that you’re seem to gravitate towards “plug 'n play / point and click” which will make you run into a brick wall pretty fast. It would be no major issue combining all this quite easily without making it very complex if you were to run a regular OS of choice.

You are correct in stating I am gravitating towards more plug n play. I would prefer to be closer to that end of the spectrum if possible. I am willing to learn and do more complex things if there are good guides that will walk me through the steps. Some of the things that have been suggested are over my head.

How would you suggest combining all of this easily without making it too complex running Windows or maybe linux.

I would run FreeBSD as that’s what I’m most comfortable with. It has good documentation and it’s consistent overall but I’m sure you’d get several different recommendations here.

I think I have a basic tutorial around on how to set it up as router (IPv4 and no PPPoE) but you’re expected to read linked documentation. You need to lookup for yourself on how to setup Plex/“insert application here” but at least its packaged so its going to be matter of configuration FreshPorts -- multimedia/plexmediaserver: Plex Media Server component .

I will look into this. thank you for the information.

do you think virtualization would be easier to setup everything in one pc? I am willing to separate router if that is a smarter idea. If I decide to do virtualization.

Initially it might I guess be however I would highly recommend not to especially if you’re not familiar with each distribution/tool as it will leave you stranded with little to no documentation on how to fix things if/when they break.

Hence, earlier I said to have a backup aio router so you don’t have downtime if you need to fix it.

Having a spare router is excellent advice; I had to replace my two-year-old router Monday. I missed the first day of work for a new job because I had to return and set up a new router. For your information my new job requires I work from home.

do you think virtualization would be easier to set up everything on one pc? I am willing to separate the router if that is a smarter idea. If I decide to do virtualization.

@astimp13, I would advise using your current router and purchasing a spare of what you are using now. While running everything on one PC has advantages, if you are unfamiliar with a hypervisor, I would advise against it, at least at first. If you choose not to follow my advice, I suggest you install Windows 10 on one of your spare computers, and for your hypervisor, I would use Virtual Box. Using Windows and Virtualbox will give you the closest plug-and-play host virtualization system. The other hypervisors the other forum members suggest are meant to be installed instead of Windows or Linux; You might find using the other hypervisors too complicated since you are new to hypervisors. I found them too difficult when I was first playing around with hypervisors.

thanks for the information!

ok thanks ill continue to research on how to get everything working well on freebsd or just put them on their own hardware. 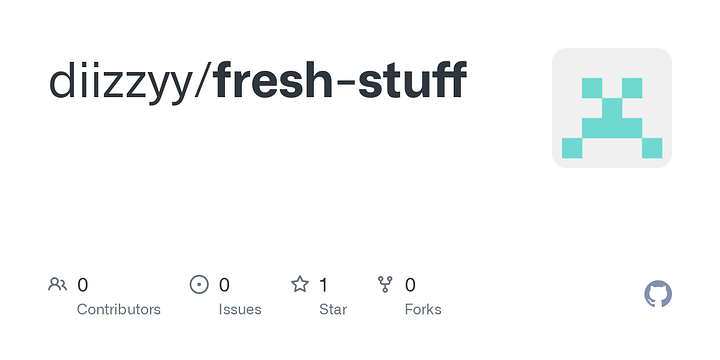 Contribute to diizzyy/fresh-stuff development by creating an account on GitHub.

Updated with a few more references and some typos

wow thanks for this!