So I'm using the AMD stock cooler right now (8320e), enough said (I keep my computer in my room).

So I need a good, quiet cpu cooler. I also need this to last me a couple cpu generations just in case. The only caveats are a tight budget ($40 at the most) and my case: corsair spec 01. I would like a 120mm fan so I can swap it later and their generally quieter.

Right now heres what I'm looking at (in order):

Would this be possible?

So what your opinions about this. If I do mod the hyper 212 evo I will most likely amateur vlog or take frequent pictures and post it either here, j2c, ltt forums or the latter.

Would this be possible?

Potentially if you just need a very tiny amount. That said, I wouldn't advise it for fear of breaching the tops of the heatpipes. I cannot imagine they are very thick.

Is it because the 212 evo has vapor chambers in the heat pipes? My friend warned me saying if you shave the tips than you should watch out for the vapor chambers being exposed dramatically decreasing performance. I dont know, this is only one man, and he said orange and white is a hairy color so idk.

Heatpipes of all kinds are hollow and contain fluid/vapor, yes. Shaving them down could decrease their effectiveness to say the least.

It's interesting that you have this conundrum to begin with, I've fit 212s into cases from 1998.

If you 'shave' the 212 evo down then yes there will be a performance hit due to the heat not being able to get off the cpu as much as possible. Heat rises and aluminum and the copper which is a conductive material which passes on to then its the fan job to cool down the metal and the cycle continues. Just as long as you shave enough to fit the side panel there wouldn't be a big of a difference

That was a crappy explanation but i think you will get it.

As others have stated, the only concern is when you shave off too much and breach the hollowness inside of the heatpipe.

The fluids and vapors are what help move the heat from the base to the top of the heatsink.

breach the hollowness inside of the heatpipe.

Do you (or anyone) know how deep I would have to shave to breach it?

My A10 uses a T2 cooler. I also have the stock cooler on an 8320e, allot depends if you plan on OC'ing and how much.
Heatpipes work by boiling a liquid and condensing the vapor back to a liquid with a wick inside to help things out.
You could cut the side of the case and put a plastic air scoop or any mod you like. Heck even drill holes for the pipes. You can try to shave the pipes but once you hear a hissing sound its over for that pipe. Whatever you modify be VERY carefull of metal filings on the motherboard. Electrical shorts are bad.:)

Does the t2 sound almost silent compared to the stock cooler?

The T2 makes less noise then the stock cooler especially with a variable fan vs the stock coolers 1 speed fan. And it was cheap at 15 bucks. The best would be a fanless cooler a guy found on another thread, it was 50 or 70 bucks, it was also quite large.
Stock speeds the 8320e does not make allot of heat so really without OC'ing. On Linux most of my cores stay at 1400 mhz. Somewhere(toms hardware?) they had a test of the most quiet cpu coolers. Frankly I am the worst to help with 50+ year old damaged hearing but I can try to point you in the right direction

You could just shave one down and hope for the best that it is not hollow or you get lucky. I'm sure you can find a few hyper 212 evos for cheap and the impact on budget won't be too much. I'm surprised it doesn't fit in your case, as that thing should fit in almost any case.

Actually the Hyper 212 doesn't fit in a lot of cases. Some cases can barely fit a 120mm fan in the rear, and aren't wide enough for the 159mm height if the cooler.

I haven't tried grinding down heatpipes before, so no clue on how much excess copper there is on the end.

I wouldn't do that if I were you. The wall thickness of heatpipes isn't all that much hence the tip of the heatpipe can easily be breached..
People have ruined direct touch coolers just by lapping them flat. That's not taking even close to a millimeter of surface away from them..
Of course those flattened heatpipes are slightly more vulnerable than round ones but still. 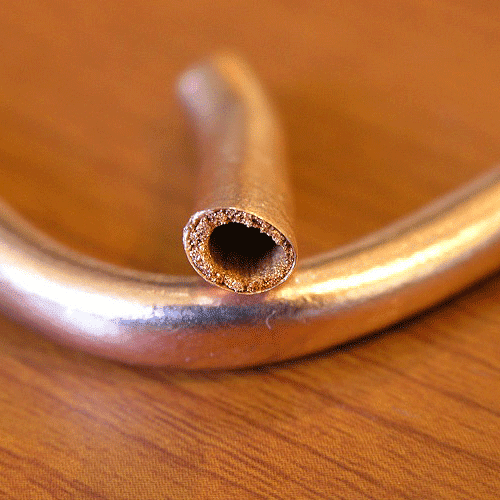 Look into the cooler Master Gemini coolers. It has very similar performance to the 212 and its downdraft so you get added cooling to the vrms. I used one on an oc'd 8320 to great effect. 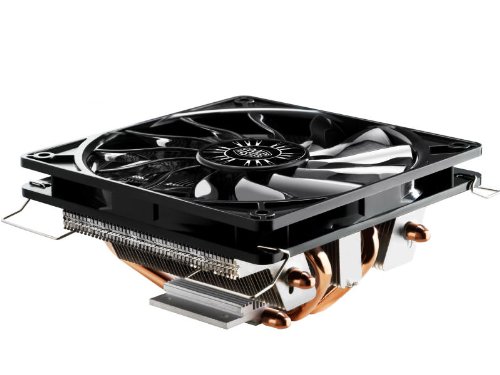 GeminII M4 is a super low profile CPU cooler (59mm/2.3-Inch height) designed for a system with limited space, such as mini-ITX, HTPC, or any small desktop. With its 4 direct contact heatpipes and uniq ...

Linus Media Group uses the GeminII in their main editing workstations and from what I know they are decent. I believe that a friend of mine has an older version of it on an i7-4770T or w/e and it seems to do veeeerrrrry well.

Yeah, I would also look into top down/downdraft coolers.
If you can't fit a tower cooler with 120/140mm fan (~159-170mm), then it makes more sense to me to look into a top down cooler instead of going for a cooler with a 92mm fan.

That GeminII M4 is a good, cheap option, though slightly expensive from Amazon.
Newegg has a 10$ MIR on it so it ends up costing under 28$. A steal if you ask me.
http://pcpartpicker.com/part/cooler-master-cpu-cooler-rrgmm416pkr2

@VXAce yeah, they do. I think they're using the S524 V2 right?
http://pcpartpicker.com/part/cooler-master-cpu-cooler-rrg5v220pkr1

That could be an option for the OP as well? @The_Stealth_Shadow have a look at that.
In fact, a better option considering it has heck of a lot more surface area than the M4. And it's just a tad over 100mm tall.
And just inside your budjet, 39.99$ after 5$ MIR from Newegg w/ free shipping or 42$ w/ shipping from superbiiz.
Comes with a decent fan as well, the FP120 PWM. You don't honestly even need to change it for anything else.
It's not the best of the best but more than good enough.

The Geminii blocks the first pcie slot though.

The Arctic A32 and Be Quiet! Pure Rock should be acceptable alternatives, if modding doesn't work out, and are required to purchase another cooling unit.