Hey all! The TL;DR - any decent 6+ core budget-but-quality Motherboard/CPU combos available for a medium workload build, with a $300-$400 budget?

Recently my sister-in-law experienced some stability issues with her old Bulldozer rig, I think it’s an AMD FX 3850 hand-me-down frankenmonster with 16 GB of RAM and odd bits and parts here and there. It does have a 1050 Ti that could be repurposed to a new rig, and we did switch her from a 1TB HDD to a 1TB NVMe on it making that CPU quite snappy. Still, the stability issues has me a bit concerned and so I figure it is time to get an upgrade. I strongly suspect a failing motherboard.

So, as a combined Birthday / X-mas gift (she has her birthday this spring) I was thinking about helping her upgrade to a current-gen system.

Use case and features

The idea is to build something good enough to last for a few years with an extra low- end to mid-range GPU for $200-$300 in a couple of years time. Currently the system will be used for school work (computer science) and [email protected] gaming. The system does not have to be the best gaming monster ever, but at least some medium settings would be nice.

As for other workloads, for now it’s some light CompSci work and CAD, which the 1050 Ti should be able to fit perfectly. Bluetooth and Wifi would be a really good nice-to-have but is not a must have.

Once chosen, the Motherboard + CPU + RAM will not change until computer end of life, most probably. Overclocking will not be a thing.

Budget wise, she’s still studying so money is tight. Budget is $350, but can be stretched $50 or so if it gives significant advantages.

Price wise, bang for the buck is pretty much between the 5600X or +$40 more for a 5700G. These are the current prices in my market, converted to USD:

So, do I go for a $50-$70 motherboard, do I break the bank and make something that will really last, or should I go for a cheaper six core option? I feel that the more cores I can cram into this, the better for longevity - at the same time, $100 more than planned for is really squeezing it…

i think a intel core i5 is going to be your best option.
But you might also wanne look into some left over 10th series stock.
Because those might be cheaper.

But of course the R5-3600 with a B550 board like the Msi B550 Tomahawk could also be an option.
The Ryzen 5000 series cpu’s are a bit expensive unfortunately.

I too would suggest looking at older platforms and leave current gen CPU/GPU/APU well alone, purely for (over) pricing.

Earlier this year I upgraded my dektop (also Bulldozer based) to an R7 1700 (non-X), CPU cooler, 2x 8GB RAM and an Asus Prime B450M-A mainboard, for about your budget. Admittedly, the CPU was just 100 euro (~120-ish USD), the RAM was discounted down to 30 euro per stick and the mainboard was a outlet model from the retailer. Cooler and CPU came from Aliexpress, RAM and mainboard from a local(-ish) retailer. The old GT710 GPU was repurposed, my graphical needs are even less then your sisters

Just had a look at the webstore of the shop I purchased my R7 1700 from, if you’re quick, look at this option: 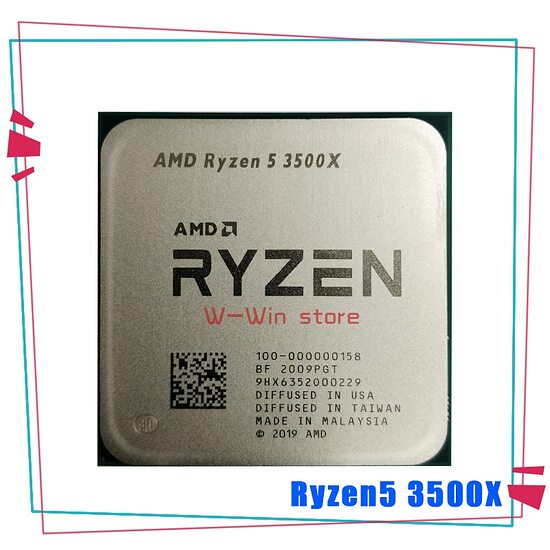 R5 3500X, tray CPU (no boxed cooler!). You can repurpose the old cooler from the Bulldozer system on an AM4 system!

Okay, did some digging on some motherboards that might fit the bill here and equivalent USD pricing in my area (rounded to nearest $5 for easier comparison);

No, not really serious with the A520 and H510 options; just wanted to see if that could squeeze price down somewhat. Anything from that bunch that sticks out other than the Tomahawks? Got a better B550 / B560 to recommend? X570 and Z590 seems to be out of target range unfortunately.

i5 or R3 cpu paired with a cheap motherboard based on budget line of either intel or amd.

Gaming favors Intel optimizations on the low to mid-end, unfortunately if it didn’t the bank-for-buck on the amd side would be a no-brainer. Anway

Thanks everyone for your input, it is greatly appreciated!

So, the way I’m thinking here - I want to build something that will last with minimal upgrades for 4-5 years, something that can drive a 4k desktop screen with o.k. 1080p gaming, ideally it would only need a new GPU in two years or so. That is at least 2, maybe 3 generations of GPUs and 3+ generations of CPUs.

I am not expecting this to be a killer computer once 2026-2027 rolls around, but it should still be able to run the track with decent times. That’s why I’m looking at 8 core systems, because I have a feeling cores will matter a lot more going forward. The 5950X would be awesome to put in there but I simply do not have the budget for it.

To reiterate, these are the parts I already have:

I have narrowed it down to five motherboards and four CPUs of interest. From least expensive to most expensive:

Market is what it is, would love a Flashback + Wifi + Awesome VRMs combo but I’m pretty satisfied with finding four decent options. Now I just gotta choose whether or not to go 6 cores and should I go AMD or Intel. Am I even completely crazy for going A520 here?

Pulled the trigger, thanks for the assistance and letting me vent my thoughts here everyone!

In the end I opted for a 5700G and managed to get a sweet, sweet deal on the MSI B550 PRO-VDH WiFi, landing everything at just under $400. Over budget, but ticked all boxes and will provide an extra year or so with those extra cores.

I didn’t opt for the 11700F for the simple reason that I could not find a decent cooler under $35. While the 5700G Wraith Stealth cooler is only adequate, it’s good enough to not impact performance too much. The same can unfortunately not be said of the 11700F cooler. Those extra $35 made the i7 a much tougher sell, and the MSI board offer sealed the deal so the 5700G it is!