I have a net-book which is currently having problems connecting to the internet, it will connect fine via Ethernet although the wireless seems to not work properly.  So far I have tried almost everything software wise, disconnected the wireless, unistalled the driver and updated it to the newest version via the manufacturers website, I have disconnected the battery and held down the power button for 30 seconds.  I was considering reinstalling the operating system although I have already spent time removing all the bloatware.

Just to note its not picking up any wireless networks, the screenshot shows it is but they are saved networks I believe

Here are some screenshots: 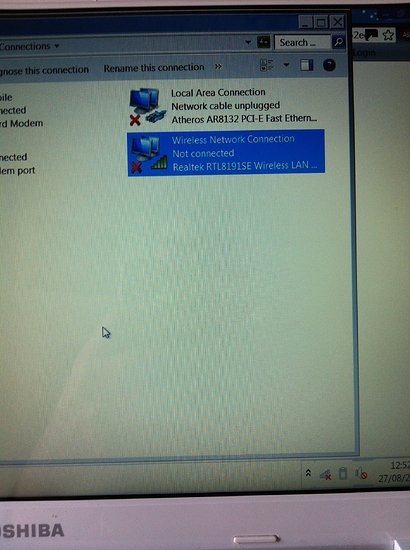 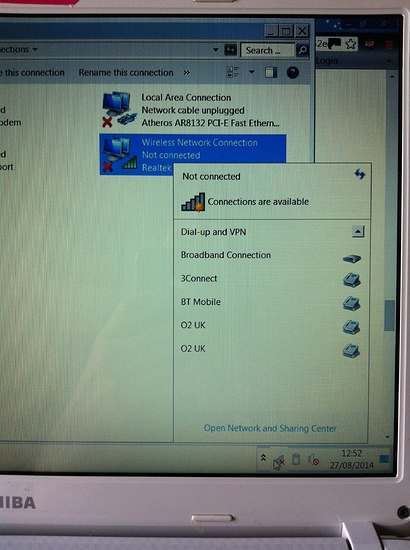 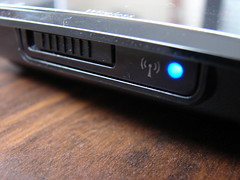 thanks for the replies.  I dont have a wireless button, although I have the option to press fn + f8 for the wireless although its not doing anything.

what is the model of your laptop?

Look in the "Toshiba" program group on your start menu. Go trough all of that crap and see if anything resembles a wireless manager that may let you turn wifi on / off

There isnt anything like that on the laptop unfortunately.  What else can I do? Throw it out the window?

No that how you enable Wi-Fly and that wont help you get on the Internet. Try removing all the virtual connections ( VPNS ) and any network bridges.

There was no virtual connections to my knowledge.  and underneath the computer there is torque screws so i cant access it currently will try and find a way though

on the wireless NIC there will be one or two ( usally 2 ) wires that snap on to the card.
(like a snap on your shirt) These are the antenna. make sure they are attached. while you are in there it might be worth it to reseat the card.

run to home depot get this