Need some suggestions regarding a file server

So I am looking to build a file server and haven’t really built anything like this before so I wanted to get some suggestions from people who are more informed. Currently I had been using a old prebuilt as a file server but I can only fit 2 hard drives into it both which I have nearly filled to capacity at this point. I got a pretty great deal on two 8TB WD easystores a few months back that I am just waiting to shuck and put into this new build I plan on making.

Low power/heat output is a necessity. I had been looking into the Gemini Lake motherboards that should be coming out soon since they should fit the bill perfectly on the power/heat front.

One question I had is whether using a SSD, even a cheap small one makes sense for a file server. I wasn’t sure if any of these gemini lake motherboards would have a M.2 that would allow me to use a SSD (and also free up a sata port for the 2 new drives and the 2 drives I am currently using).

Also assuming I went with this platform in the future if I wanted to add more storage and I have already used all the existing sata ports how many more drives would I be able to add with a sata card?

Also any specific recommendation’s for a case on a build like this? smaller would be ideal but I’m open to suggestions especially if its something you have experience with and can attest to.

This one already has 4 Sata Ports already built in. Might be worse checking out before grabbing an expansion card. 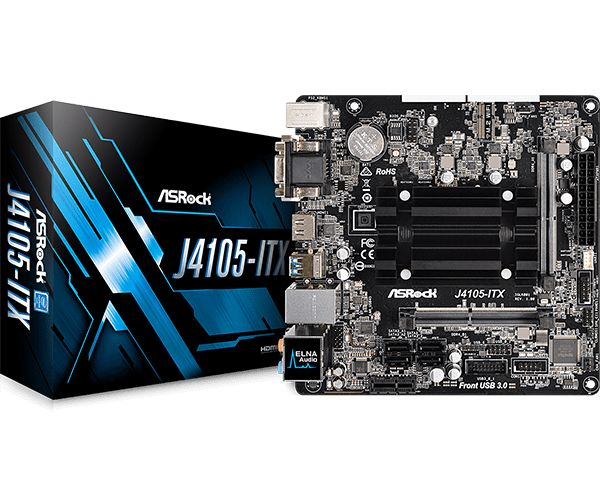 SSD as boot drive is well kinda reasonable for longevity and faster install, but other than that you won´t see any benefit over grabbing any random USB stick. Just make sure to image the USB stick once your server runs, so you don´t have to redo it when the Stick might die.
On this Asrock board, you can´t use a M.2. SSD anyways.

Not really sure if that´s the best thing to buy though.

4 ports is kinda meh IMO, but if it’s enough for you then go with it.

I personally also use the C2750D4I and I’m also happy with it, except for the atom hardware bug that makes them tend to die.

As for SSD, depends how you use the server. If you can/want to use the SSD as cache it might be worth it.

I’ve got the J3455-ITX. Much cheaper, and only a little slower. Same exact board except for the CPU.
What you can do is put the SSD in a USB3 port via an adapter, which can be had for very cheap. Alternatively in the internal slot.

These CPUs are used in the higher-end Synologys and other NASes.

Would using a SSD through a USB3 adapter just be to free up a SATA port for HDD? Because wouldn’t the SSD be limited performance wise when going through USB3?

What would be the, if any, limitation of using more HDDs via a SATA card when/if I fill up all the sata ports?

Would using a SSD through a USB3 adapter just be to free up a SATA port for HDD?

Because wouldn’t the SSD be limited performance wise when going through USB3?

Yes, it is a trade-off. Anybody, please correct me on the following if I’ve misunderstood something.

Hmm, I think the access times are higher on USB, so that’s probably where you’ll notice it the most, though not very much in any real word scenarios. The theoretical throughput limit of SATA III is 6Gb/s and the theoretical throughput limit of USB 3.0 is 5Gb/s. The only time you’ll hit that speed on your SATA SSD is with continuous reads/writes, which you (I, at least don’t) rarely do on an OS drive. What is more, you asked about small SSD’s, and their speed will be slower than large drives (less chips, so less synchronous reads/writes). I’ve got my server running on a 16GB SSD with a maximum of 260 MB/s read speed (that’s 2Gb/s) and a write speed of 52MB/s (that’s 0.4Gb/s). Regarding the access times, hmm, I wouldn’t consider it a big hamstring on a home server/NAS. I don’t even know if it’s entirely true.

I do not think there will be issues.

Boot times might increase because of some popup screen where you could configure the controller if you wanted to - propbably a non-issue on a nas.

The PCIe port on the mainboard will be wired with 2 or 4 PCIe lanes (in some cases even 6). That should not matter since you might not need more than x2 pcie bandwith.

The board will most likely be PCIe Revision 2 and not 3 - Again nonissue because that should be enough bandwith.

Seperate point: If you still have some DDR3 SO-DIMMs you could get a board that uses them, 4GB should be plenty for a NAS (the J/N 4000 Celerons take DDR3 as far as I have seen).

Boot times aren’t a concern for me since this will be on for the most part 24/7 and even when its not getting it up and running as quickly as possible won’t really be a priority.

I have a old laptop the IIRC has DDR3, not sure if I want to gut it for the RAM or not though.

I have no specific suggestions for low-end sata cards. I have two generic ones, one does work fine, the other does not. Both were around 10€. It’s a bit hit-or-miss with these cards.

On the gutting for RAM: Meh - leave it alone if the laptop still boots and works. Might come in handy some day. For example I loaned a friend of mine an old eeePC for an extended hospital stay (filled with audiobooks and movies).

I mean Ideally I would want to get a board that had 6 SATA ports (and possibly a M.2 slot for a small SSD) but it appears that doesn’t exist for the apollo lake motherboards and I doubt it will be a thing for gemini lake. With the current 2 drives I have plus the 2 that I need to shuck I will instantly fill all the sata ports on the “higher end” gemini lake motherboards.

I suppose I will start looking into a sata expansion card as that will probably become necessary unless I want to upgrade my 2 existing hard drives to something bigger to better utilize the sata ports.

My idea of using a SSD was mainly just to have the interface be a little quicker and to have the OS install seperate from the drives that have all the data on it. I was probably just going to get one of the cheapest and smallest SSDs out there since I doubt it would make sense to get a high end SSD for this kind of use case.