I’ve finally caved in after months of the parents nagging me that they want some security cameras and a video doorbell installed. I’ve spent months arguing with them about the security/privacy risks of these and they just say I’m paranoid so I thought I’d reach out and see if there’s anything I can do to setup something offline, ie restrict it to LAN only.

They want just 2 cameras setup, one watching the front porch and one watching the rear porch, and finally a doorbell+camera unit setup. They want something where if motions detected it will send you a notification to your phone, and the ability to trigger an alarm to scare them off would be handy.

Obviously due to the security/privacy concerns we want something that can be run and stored locally so I’m happy to setup something local for storage and that side of things.

As for the preexisting solutions do any of them have a good reputation? Locally Eufy seems to be very popular, but haven’t been able to find any info on how their backend operates, who they use for their infrastructure and the such. Obviously Amazon/Google are a big no no with this so I don’t want to go buy something than find surprise Eufy is just a rebranded Nest or Ring doorbell.

Thanks for your assistance.

Not sure how much time you have on your hands.

On the kick-ass part of the spectrum you might be looking at something like a pair of Ankke NC400 or NC800, a small pc with a Google Coral accelerator running TrueNAS for storage + Home Assistant in a VM using Frigate. You could repurpose the doorbell physical button with an esp32 to send notifications to phone using home assistant home app.

This is like a decade or two step up in quality and features, compared to most consumer 1080p-ish doorbells that compress video down to 2mbps and ding-dong signals go through a gazillion cloud microservices that each add 10s of milliseconds

Thanks I’ll take a look into those. Time wise shouldn’t be a issue, I’m mainly focused on keeping costs down and trying to make it as spy proof as possible. Definitely like the idea of home assistant as I might be setting up some lights/timers/motion sensors down the line for other things as well.

GreatScott! just did a video with some info about a doorbell and notifications. As per above, you can add different types of sensors, such as motion detection, to an ESP32 and have a separate camera. I know there are options for object detection/differentiation, including ESP32’s with cameras, but if you don’t specifically need that aspect then to me it seems much simpler to set up a separate IR sensor and work through any physical false positives than trying to work out false positives in software. Then again I’m a mechanic, not a programmer, so my perspective is skewed. 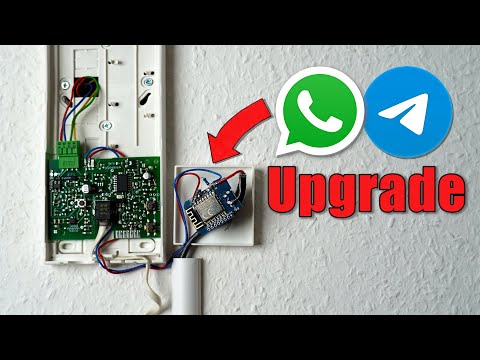 I’m sure there are other routes to go besides that video for getting notifications. I’ve seen lots of people using microcontrollers like Arduino, ESP32, and plenty more where they built a quick app to communicate over wifi or Bluetooth. I would check out enthusiast sites and videos geared specifically towards mircocontrollers and find something that someone has already built and the community has had success with in order to increase your own chance of success.

Synology DS220+ with amcrest cameras and doorbell. No cloud or internet access needed. You will only have to buy one more license for the Synology Surveillance Station for the third camera. I am actually building this out for my in-laws right now. You can also set up a file server on the Synology and docker containers so you get a lot of functionality out of it.

Thanks for the advise guys I’ll take a look into both. Synology Sounds nice as I’ll be able to tack on a lot of other things I’ve been. Eyeing over the years but been too lazy. Really should setup a NAS for backup purposes, media streaming and a pie hole.

Synology will do all those things