So I got a Corsair H80i a few days ago, and I am quite impressed, it keeps my 4770K icey cool all of the time. But there is one problem, the fans that come with it sound like jets taking off. They perform amazingly but the sound is just too much to not notice.

I need some help choosing replacement fans, and I have been looking at the Corsair SP120's, but I don't know which version I should get - Quiet Edition(1450 RPM) or - Performance Edition(2450 RPM).

Most forums I have looked on say to buy the Noctua NF-F12's, but to be honest, they look horrible with the cream and brown, and they are just too expensive (I want push/pull so I need 2).

I live in Australia, so the range really isn't that great, especially for static pressure optimized fans, in fact (unless someone can prove me wrong) the two above are pretty much it...

What should I do? Will the Quiet's give me enough performance? People have said you can't control the performance versions with Corsair Link, but I wouldn't want them going full blast all the time.

I believe that the H80i and H100i both come with OEM version of the corsair SP high performance fans. So getting the regular ones(high performance), instead of the quiet version, to replace your fans would be quite redundant.

Well the thing would be that the high performance ones would be louder but end up cooling you PC more than the Quiet edition fans. The question is do you want to have more noise for only a couple degrees better of cooling.

It has been proven that push-pull doesn't necessarily provide a lot better results, granted they will be better, but not by a lot. Before it was more of a trade off of having better cooling to more fan noise if you went push-pull. Now a days with how quiet fans can be, that shouldn't be an issue. I believe Linus, from Linus tech tips on Youtube have done a great many tests on this and you should look them up if you are curious.

I do very much agrees with you the fact that Noctua fans look quite bad, I only use two in the front of my case out of site from the side panel window and my eye, but boy does it work silent and great.

You cant even run them past 1300rpm without your pc sounding like a blow dryer (i run mine at 1000rpm and thay are still loud thay are the only thing i can hear comeing from the pc.

Allso are you useing the corsair link softwhere to control your H80i? 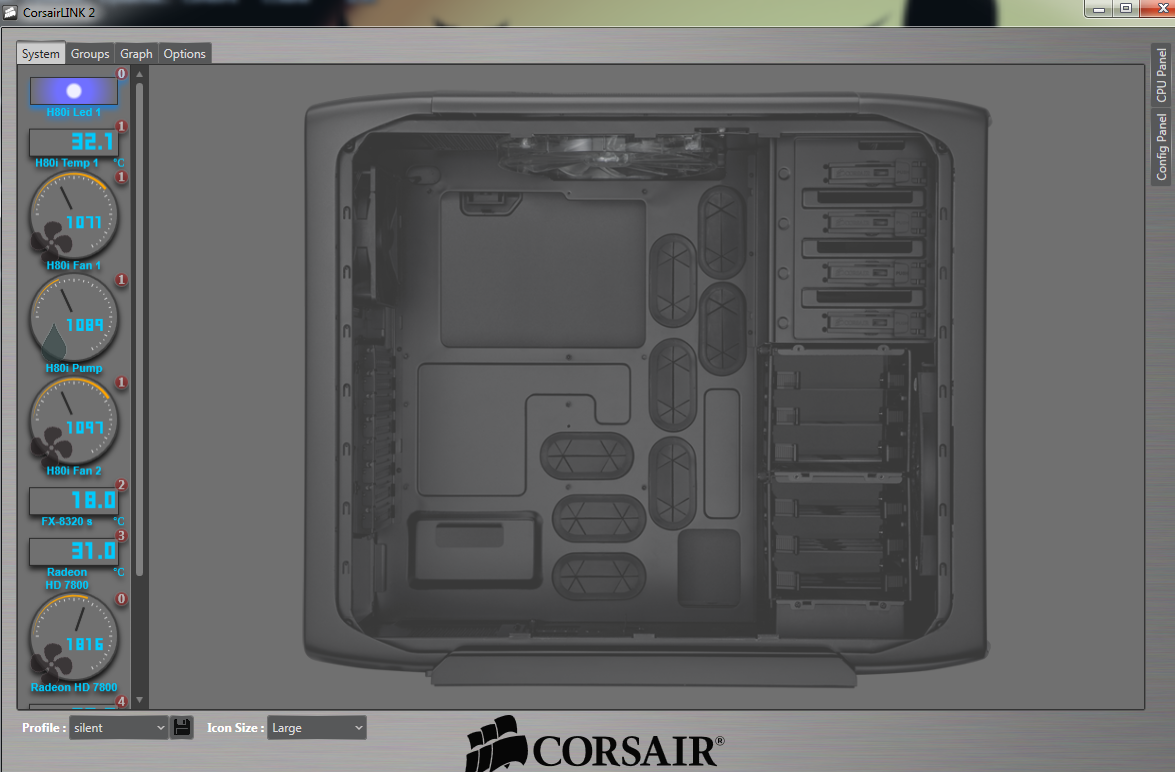 Yeah, I am using Link - that's the main thing, I want them to be able to be controlled by Link as I don't really want to spend unneeded money on a fan controller.

Jetix, are you saying that the performance edition and the quiet aren't that different in cooling?

Also, I know the fans that come with it are an "SP120" variant, and they work for cooling, as I said, great SP performance, but I think the REAL SP120's price comes from everything else like silence (and the dicky colour rings). If the Quiet editions of the SP120 give about the same cooling, then I will get them, I was just going from RPM because the Quiet edition is obviously a slower fan.

And I've watched Linus' stuff, and he is good, but he talks about the dual rads, which my case has to be deconstructed to fit :/

I do not think the cooling between running the Performance edition vs the quiet edition ones will have that great of a difference, especially in push-pull. But I have only worked once with thoughs fans. But I know the quiet edition fans come with a low RPM adapter like the noctua's do to make them quieter, so they may be the exact same fans, but just come with that adapter. Again i'm not 100% sure on that.

I contacted Corsair, they tried to get me to update the firmware, which made it better, but they are sending replacements :)

Apparently my fans were even louder than meant to be! Hopefully the replacements will be quiet enough for me to not have to spend more money, but I will see how I go!

Thanks for the input guys :)