I know there are a few older posts about this topic but I would love to see some modern guidance on “where the line is” on ROI for a prebuilt NAS VS a Homemade setup in 2021.

Ive always been drawn to synology for ease of use, but the proprietary nature of the hardware concerns me if there is ever a failure ETC. (Power Supply ETC)

“Old systems” with reasonable CPU and Sata ports are not hard to find in my area, so its tempting for me to go down the homemade rabbit hole, but is the juice worth the squeeze today?

Hobbyist use and budget, but would like a setup that is up to snuff for “Small Business Grade” within reason.

GamersNexus had two power supply failures on their synology nas. 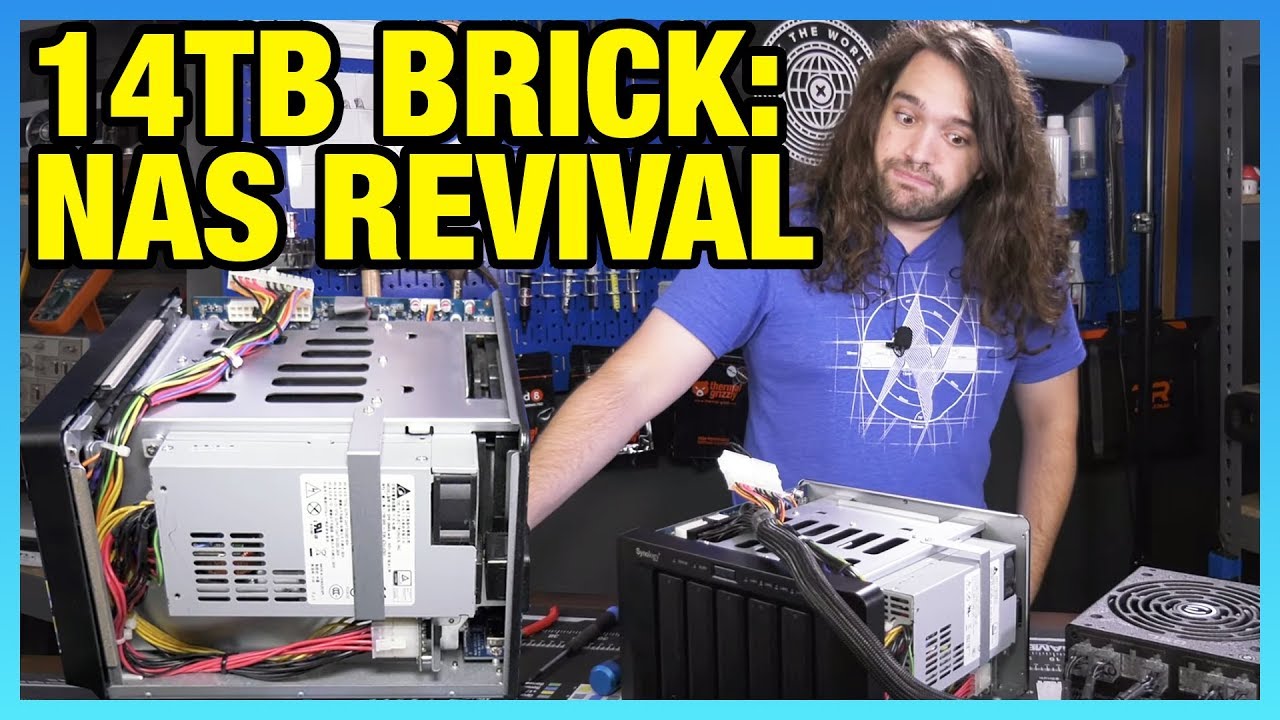 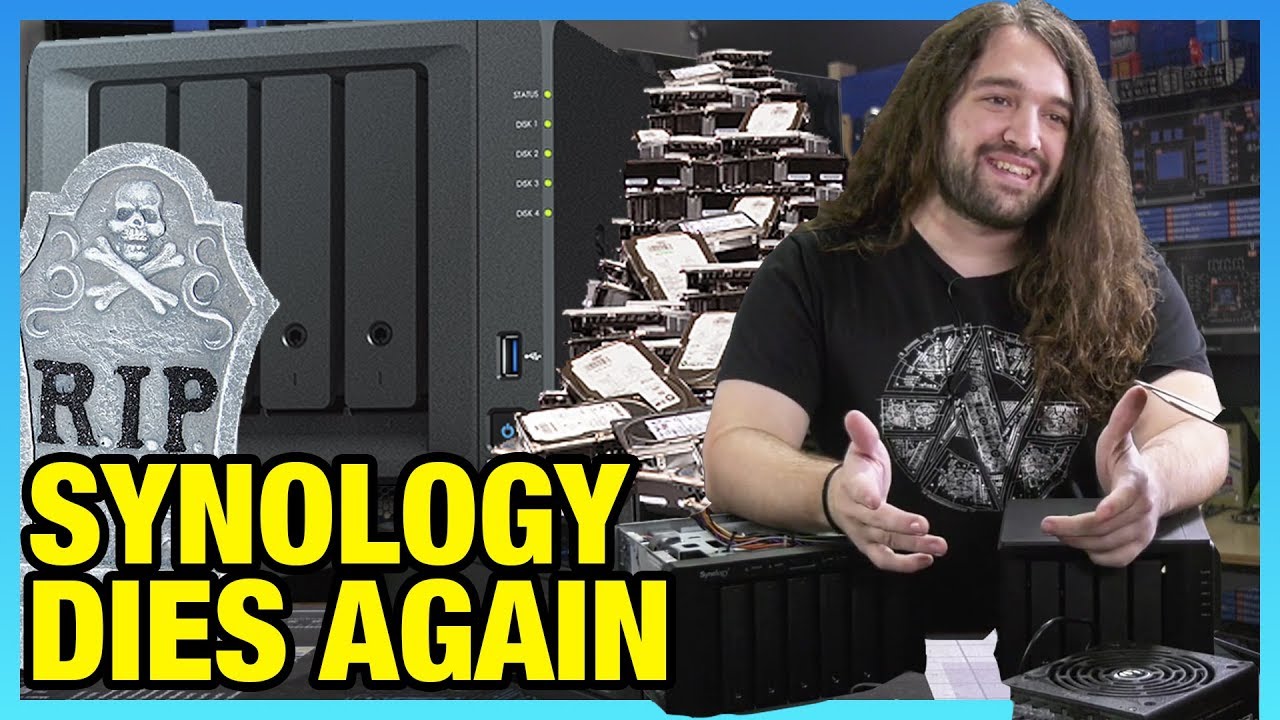 Proprietary connectors on the hdd backplane led them to move to a custom “homemade” server. Wendell helped them pick parts and set everything up. 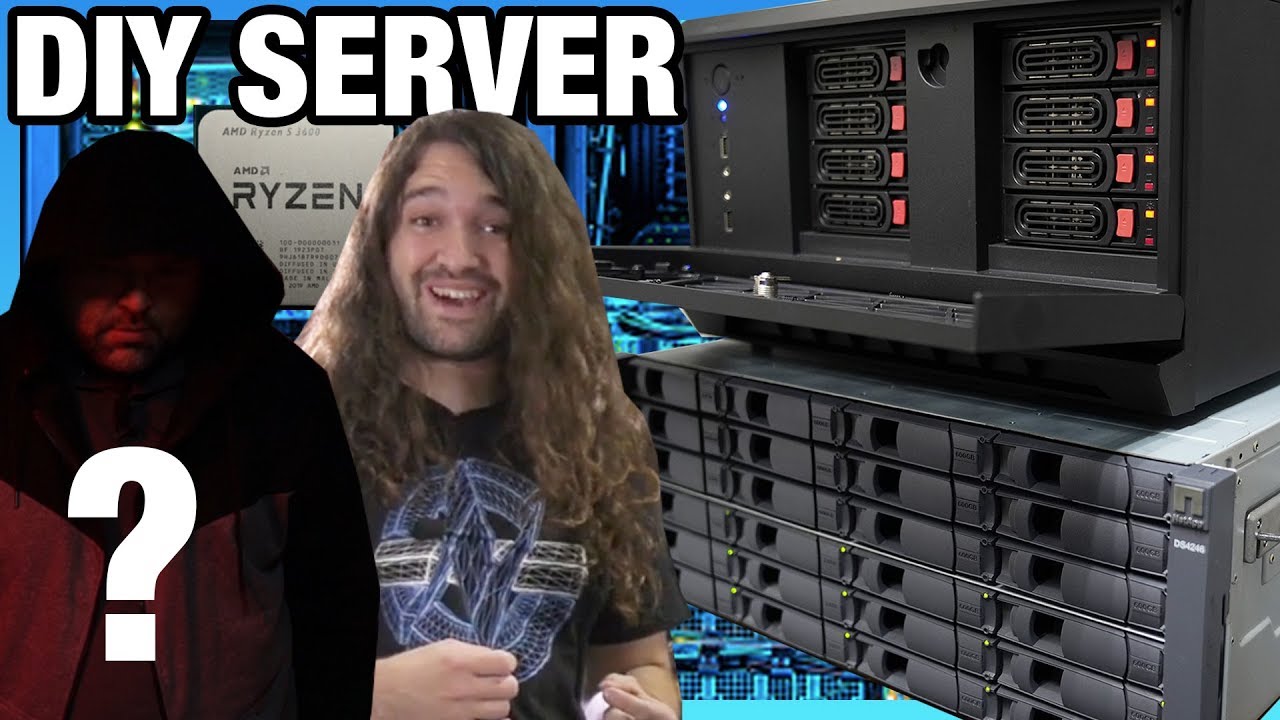 I think it depends on the size you want your NAS to be. To me at least. Also, how many home services you use (IE-plex, pi-hole, DNS services, pfsense or the like etc).

I think if you are going to need any more than 4 disks for your home needs then making a NAS is worth it and allows longevity and repairability.

Then also, if that NAS fails your data set needs another NAS thats the same… with a home made nas you can either relay on a hardware RAID thats replaceable, OR a software raid that works in any machine.

These are a few points I have looked at myself. I built my own AND my own backup onsite because my data is important to me and I want to be in control of it.

To add to what HaaStyleCat said I’d say that going for an home made solution depends also on if you want to expose it to the internet or not.
I’m saying this because having any kind of service exposed to the internet requires a level of maniacal attention and constant building on it that can exhaust some people.
If you’re willing to put up with that by all means go for it.
If you’re going for a strictly home setup it’s a no brainer for cost, reliablility, expansion, data recovery and so on.

I wouldn’t suggest exposing any NAS to the internet. Unless you’re using someone else’s NAS (“the cloud”) I would suggest setting up a VPN to your home network instead. It is pretty easy and doesn’t need much in the way of resources. You could use something like a raspberry pi or a virtual instance like LXC, docker, or a VM. That way you can also access every service as if you’re home.

I wouldn’t suggest exposing any NAS to the internet.

Surely exposing the bulk storage to the internet isn’t the smartest of ideas. But for services like Nextcloud or Plex, the interaction is much more seamless without a VPN. Also VPNs are taxing on portable device’s batteries so you can’t keep a constant connection to them.
It’s a tradeoff between security and battery life/ease of use.

When I get a customer asking for a NAS, the considerations are these:

For me, you’re on a technology forum, and the fact that you’re asking the question suggests that you have the skill to build it yourself.

That brings it down to personal preference.

You aren’t going to save any money building it yourself, so make a judgement call based on what you want and how you want to play it.

I have a TrueNAS Core, an Unraid, and a decrepit QNAP at home right now.

These are two extremely important points that I forgot to mention. Thanks for having pointed them out.

True. The only thing I would be concerned about is how often they keep the plugins updated.

I used to have a Plex plugin on FreeNAS which is I believe is basically a container instance handling Plex. The only thing I didn’t like was the plug-in updates can lag pretty far behind.

After the UDP vulnerability was announced, I shut down the port forward and switched to a linux VM I’m more familiar with maintaining and can easily keep Plex updated.

You’re welcome. At least on here we don’t have to ask the “Are you willing to take responsibility for this?” question.

I’m self hosting a couple apps on my Pi 4 and I think official Docker cointainers are updated way more often than plug ins for third party solutions. If you’re not hosting too much stuff they’re also not too difficult to update.

I’ve got pretty much the same question as the original post.

I don’t think setting up the TRUENAS with the plugins I need will be much of a problem (even if it takes time it’s not an issue as I like tinkering with systems). However the second hand market over here is pretty depressing so buying a cheap older system isn’t exactly worth it (buying new is the same price or cheaper).

So based on what I’m looking at I could go for a Synology DS420j for 310 EUR or go home made. For the home made option I think the following build would be the best price / performance and energy consumption option available here at 448 EUR (prices in EUR):

I’m mostly doubting because I’m assuming the synology will be consume a lot less power, but the home made option will probably be a lot more performant? Any views on how one would stack up against the other?

Edit: am planning to use the NAS mainly for plex at the moment.

I don’t know if its true with the 10th gen i3 but a boat load of them from previous generations supported error correcting memory. If that is potentially useful then you down the road you should look into it now, it might change up your board choices too.

Thanks for the suggestion, that sounds like a good suggestion, I found the component swith I would do (i3-9100) and a different mobo. I’ll modify my post to reflect this, seeing as it does seem interesting to keep the option open.

That motherboard seems a little bit on the cheap side for ECC support, if thats why you changed up the specs double check it has support for ECC.

I’m personally running a weak as it gets dual core ten year old Atom inside of a tiny mITX case and Open Media Vault as my poor mans nas, Open Media Vault has plugins and docker support for virtually everything you’d want to do including Plex but I’d be daft to try and do that with the hardware I’m running it on. It has two SATA ports only so options were always limited. Its just what I had on hand.
So long story short I’ve been toying with the idea of completely replacing it with something OTT and trying to upskill myself by getting a “new” LGA 2011v3 system from Alibaba or Ebay. Just piling on the storage and processing power to make it into a jack of all trades.
10 core parts can be had for not a lot of money, lower clock speed versions tend to have the same L1, L2 and L3 cache and PCI-E lanes while being relatively “low” power because Intels entire marketing strategy has been “we have the part for that job” so there are positively oddles of options. I’m pretty sure I can build out a system for around 500 euro so maybe think about that, I want something with 10 or more SATA ports and enough PCI-E lanes that if I chuck in a couple old but still good for something Quadro or FirePro down the line I won’t run out of lanes or options to just squeeze more crap in there. (If you are curious look for the chipset first, find a board you’d like, then find a compatible CPU that suits you. LGA 2033 and all of its versions and crap is a trap for newbies).

I’m thinking that I’ll get something thats going to spend most of its life idle but when I give it a demanding task it has the grunt to chew though it. Chew though it using roughly the same power as a desktop / consumer part and potentially quicker.

Hi, I checked a few things regarding the MoBo and you are right, the mobo I found doesn’t really use ECC memory. When looking at the price of ECC supported MoBo’s I think it isn’t really worth the aditional cost for me (the system will probably end up being only a media server for a relative).

That motherboard seems a little bit on the cheap side for ECC support, if thats why you changed up the specs double check it has support for ECC.

That sounds like a plan, in the past I got a lenovo thinkstation P500 for around 200 EUR, but that seems to be an exceptional find on ebay over here. The best deal I can find now would be the same system for around 350 EUR.

I’m pretty sure I can build out a system for around 500 euro so maybe think about that, I want something with 10 or more SATA ports and enough PCI-E lanes that if I chuck in a couple old but still good for something Quadro or FirePro down the line I won’t run out of lanes or options to just squeeze more crap in there.

How many PCI-E lanes are you looking for? I’ve been looking at some boards but the cheapest decent ones seem to be around 350 - 400 EUR over here.

Typically the LGA2011v3 chips have 40 PCI-E lanes. The kind of boards I’m seeing on Alibaba seem to have two x16 slots, a few NVME slots, and a third x16 electrical x4 slot for in and around 100 USD. I was thinking a bundle / kit so I know I’ll get a compatible CPU and RAM. 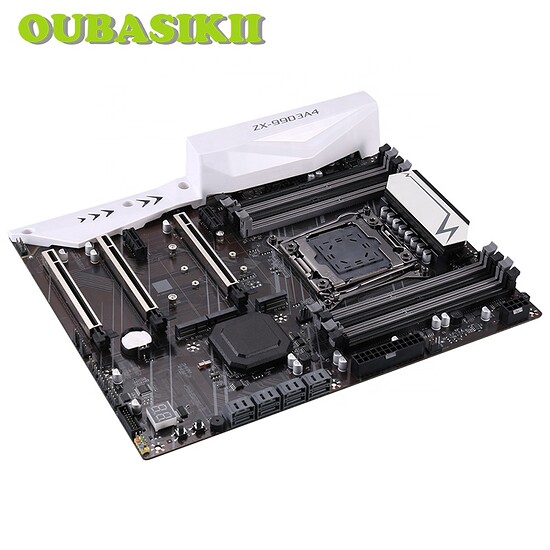