Hi. I need any conformation or help in identifying a mystery Threadripper CPU. Supposedly it is an engineering sample according to the eBay posting. The seller seemed to think it was an Epyc but I can see clearly from the pic of the delidded sample photo that it is a Threadripper not an Epyc. The seller claimed to put one in a Epyc server board and got a no post which makes perfect sense. I do not have a TR board to test this CPU in or DDR4 RAM or I would just boot it up and throw CPUz at it. The CPU also came with out a CPU support bracket… I know it can be used with out one but I also know it can be difficult to align the CPU with out one but not impossible. Here are some photos. It was surprisingly cheap which makes me thing perhaps its to new to be on the market. I have checked photos of other TR and even Epyc CPU’s and haven’t seen a fully loaded TR or Epyc in any photo or video. The CPU has no markings on the outside of the IHS… 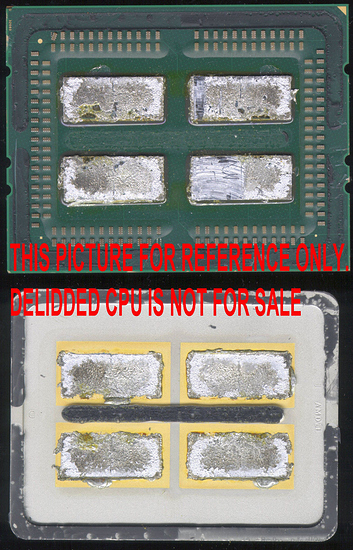 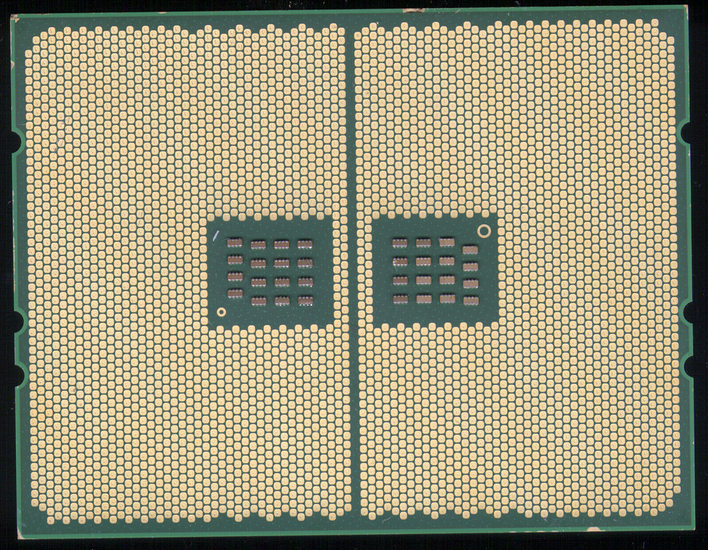 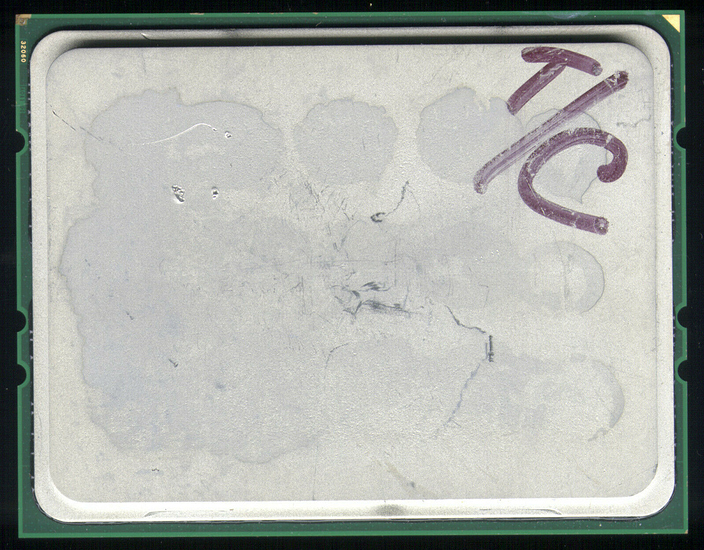 Here is a video by der8auer clearly showing the difference between a TR and Epyc CPU with x-rays as a reference. If you want you can just skip to 5:00 when he begins the comparison. https://youtu.be/GWQ74Fuyl4M

Thank you. Any information or help is appreciated.

Looks like an good candidate for a key chain.

The one I got is in better condition. Those are the eBay photos. The CPU was sold as “used” so if it doesn’t work I can return it. I just don’t know any one with Threadripper hardware… If it works and is not crap I will probably build a system around it. To bad I can’t just call AMD and get a loaner board to test it LOL!

Just curios, why buy a CPU you don’t have a board for?

I see you have not yet mastered the noble art of hoarding.

I never thought they would use the same socket for two such different products. It makes sense from an economic perspective I guess.

It was a gamble. It’s was less than $100 it’s hard to argue with that upgrade path for that price if it works. I have to build a new PC any ways. Imagine building a Threadipper system for basically the cost of the board and RAM. I do hoard but I’d rather hoard a 3rd gen TR if this chip is no good…

The board and ram are the expensive bits. I guess, depending on your location? Microcenter been closing out their 1920, 1950, 2920 inventory lately 50-75% off on chips but not boards.

Well I figure RAM is going to be a given no matter what system I build. Ya if this chip is no good I’d rather hoard a 3rd gen. I have heard the APU’s are moving to 4th gen, up to 8 cores in early 2020.

I threw the CPU on an Asrock x399 Taichi and no post… Does jot turn on at all just give me a pulsing blue gear…??? I heard the board should turn on even if the CPU is dead…?

The motherboard has a bent pin, a broken pin and a burnt pin… It was open box the sticker said tested on it…

All tr4 or rather sp3 CPUs have a detection pin so that epyc will not even turn on, on x399 boards.

According to Bebr8uar’s Threadripper / Epyc teardown its a Threadripper. The circles under the IHS and on the bottom pf the CPU are aligned to the notches in the Threadripper configuration. How ever the CPU might be TRX40 and I cant test that right now… I retested the CPU in a second x399 motherboard. I covered the ID pin and no post. I think this one is dead. The seller reposted the item and not working for parts… I think this might have been a very early sample possibly with a different pin out. The question is how does some on get and sell 65 Engineering Sample CPU’s??? And the 32 more???

Dumpster diving? I can try it if you want then mail it back if it works or doesn’t.

It’s probably true that once the CPU launches later bioses take out support for es CPUs. On the Intel side that for sure happens.

Broken you say? Still.selling them too? Are they cheap? I LOVE making keyrings out of CPUs, a ThreadRipper would be incredible.

If you got this from acxelectronics it’s likely a non-functional mechanical or thermal sample.

Yes they are still selling them. They are cheap if you are in a position to consider $69.99 cheap for a keyring. Personally with a chip this large perhaps neclase for the significant other?

Yes I did purchase it from him. I have no Idea why he would sell it a “Used” at the time I purchased it… He has changed the listing to Not working for parts since then…

Sure I would be grateful if you could take a look at it. Ill just need an address of course and I’ll drop it in the mail ASAP.

Gah, yeah I thought this might be the case. Nah, not worth it. Thanks.