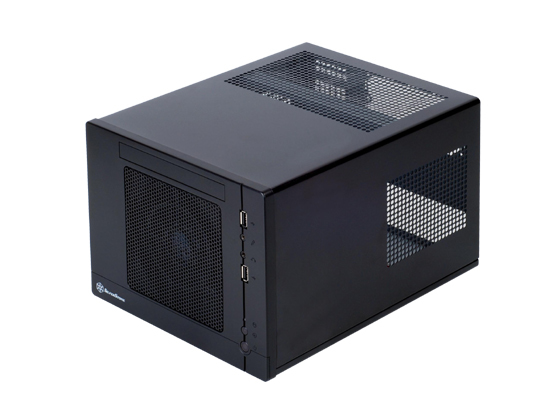 A budget ITX case. It feels really solid and looks sharp in person. You begin to notice where they cut corners in costs when putting it together though. Somewhat irritating to go back to working with 100% screws after having the luxury of working with the 800d/650d for my main machines. No latches, the SSD flies out if you don't hold it whilst screwing it in (they could have spend $.25 on a tab of metal to keep it in place). The top is hard to get back on and tends to go crooked when you are putting the screws back in. Overall I'm happy that there's no major flaws with this case other than it's a bit annoying to work with. My first ITX build so perhaps they are all like this 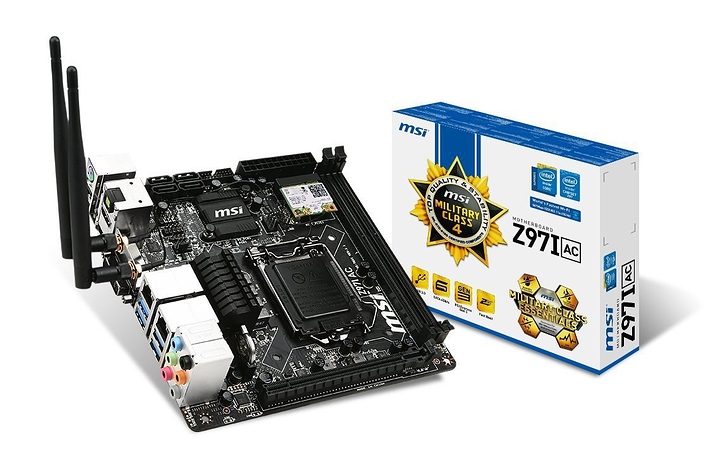 I don't usually buy nice motherboards but the dude at the store was really pushing the upsale hard, and I was impressed with the cool features and built in wifi. It has WiDi which I might play with as I have my 2nd TV set up to receive WiDi. I think MSI's MILITARY CLASS branding is a little silly, but I've been migrating from ASUS to MSI for parts as they seem to offer a better value proposition these days. The bios was less finicky than every ASUS bios I've dealt with in the last 5 years but that's not really saying much because even ASUS bioses are pretty easy to use these days.

This is a really capable machine. I was tempted to do an APU build for this but I don't think APUs are very future proof so I just spent the money on the i5.

I think this might be a little underpowered but I was still surprised at how well it handled games at 1080p. I'm sure I would get annoyed fast if I plugged this into something higher resolution. I might go switch it for something more powerful tomorrow. The limiting factor is the 450W 80+ Bronze PSU that was included with that case but some quick math in my head tells me this system is probably drawing no more than 300 watts, giving me another ~150 to work with. I really don't feel like upgrading to a beefier psu - this is supposed to be a light and efficient machine lol. I was just reading a thread somewhere where a guy was saying he had a gtx 780 going off of that exact psu but that sounds like BS. Should I just keep this GPU for a year or two until something better comes out with similar power consumption?

I'm having a lot of fun with this thing so far. 1080p Super Smash Bros Melee has been very well received by other members of this household :) 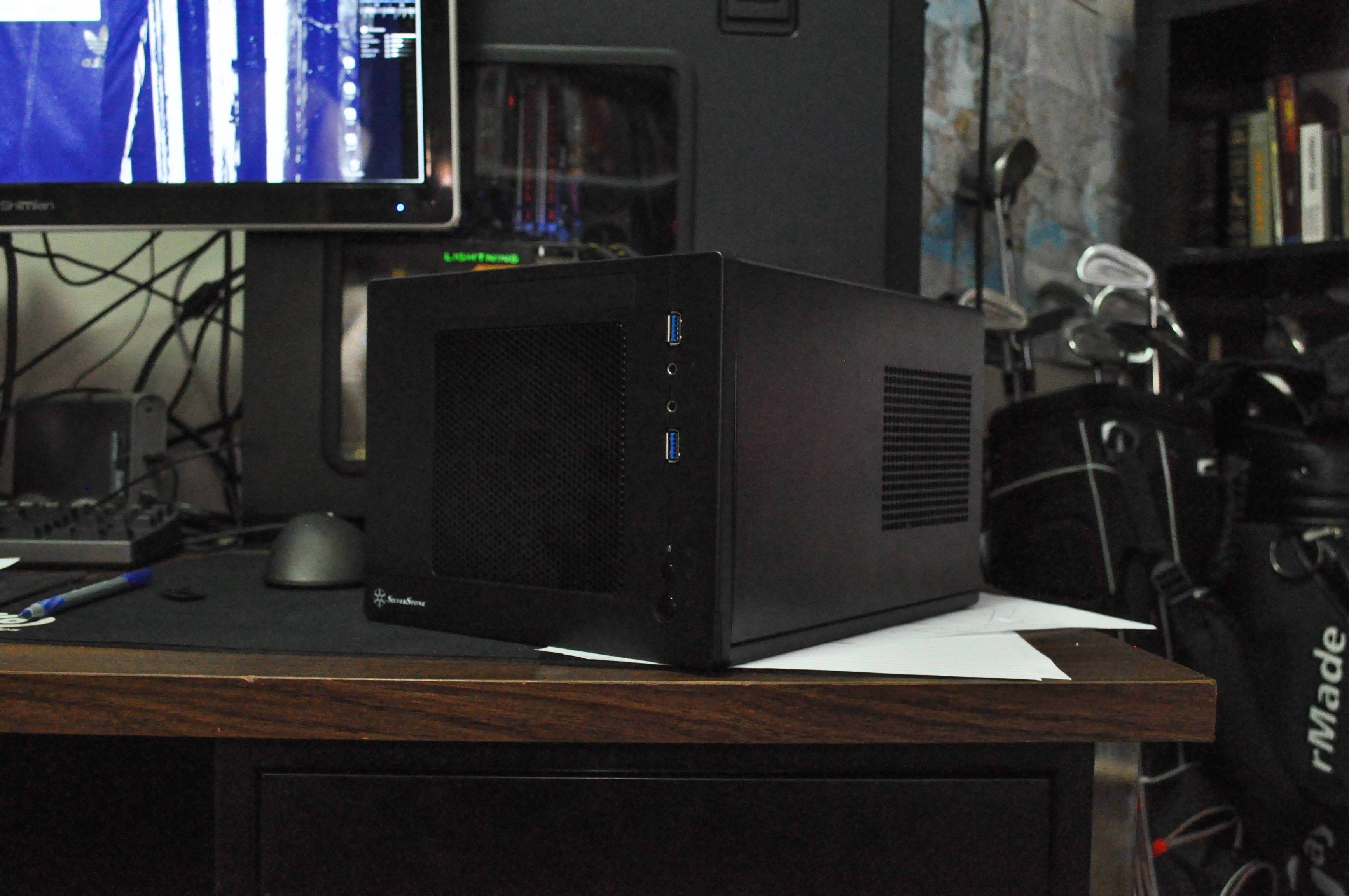 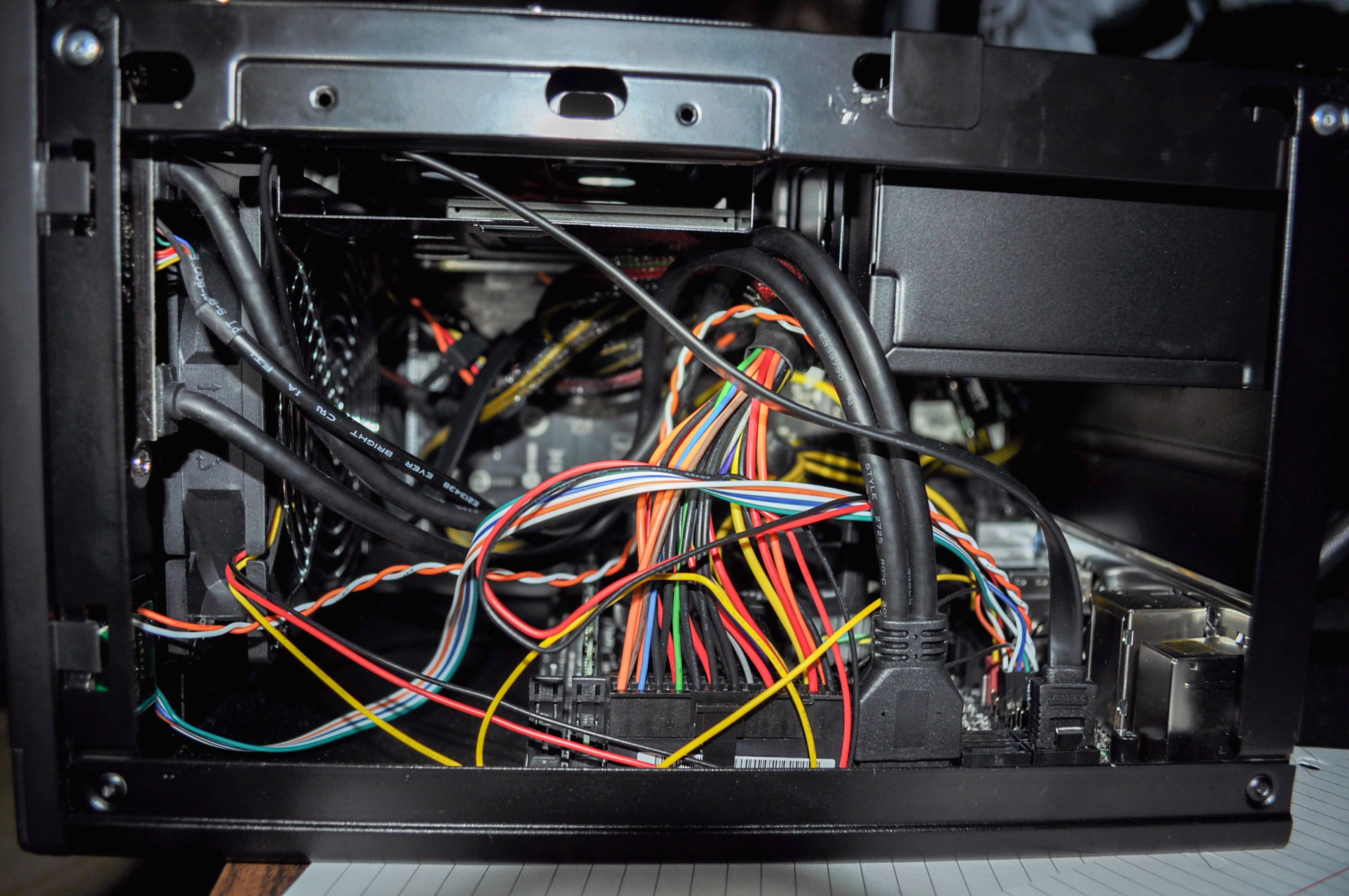 I should probably do something about those cables but my fat manhands make it pretty hard to get in there.

I'll cut the HDD/Power/Restart/etc cables to length and route them flat along the bottom of the case.

No idea what to do about the shit hanging off the power supply. I think I'll just zip tie the excess cables into a bundle as tight as possible and get them out of the way from airflow as I usually do, but god damn is that annoying in such a small case.

Or I could leave them as they are. Airflow is good and nothing is rubbing against the fans ;)

As for controlling this thing I'm thinking of leaving one of these at every TV in the house:

As well as a wireless controller & WiDi receiver

this will be sweet when it's finished.

Nice little build. What was the total cost?

oh man I love that case so much, built a system for a pal in one of those. makes the wretched bitfenix prodigy look like a monstrous beast (which it is, why does anyone buy that horrible case for an itx system? it is massive!)

I would go with the Prodigy for a productivity build since you can get more 3.5s and an optical drive in there, plus I think the (rubber, right?) handles would protect it a little better from shock by giving it some padding. 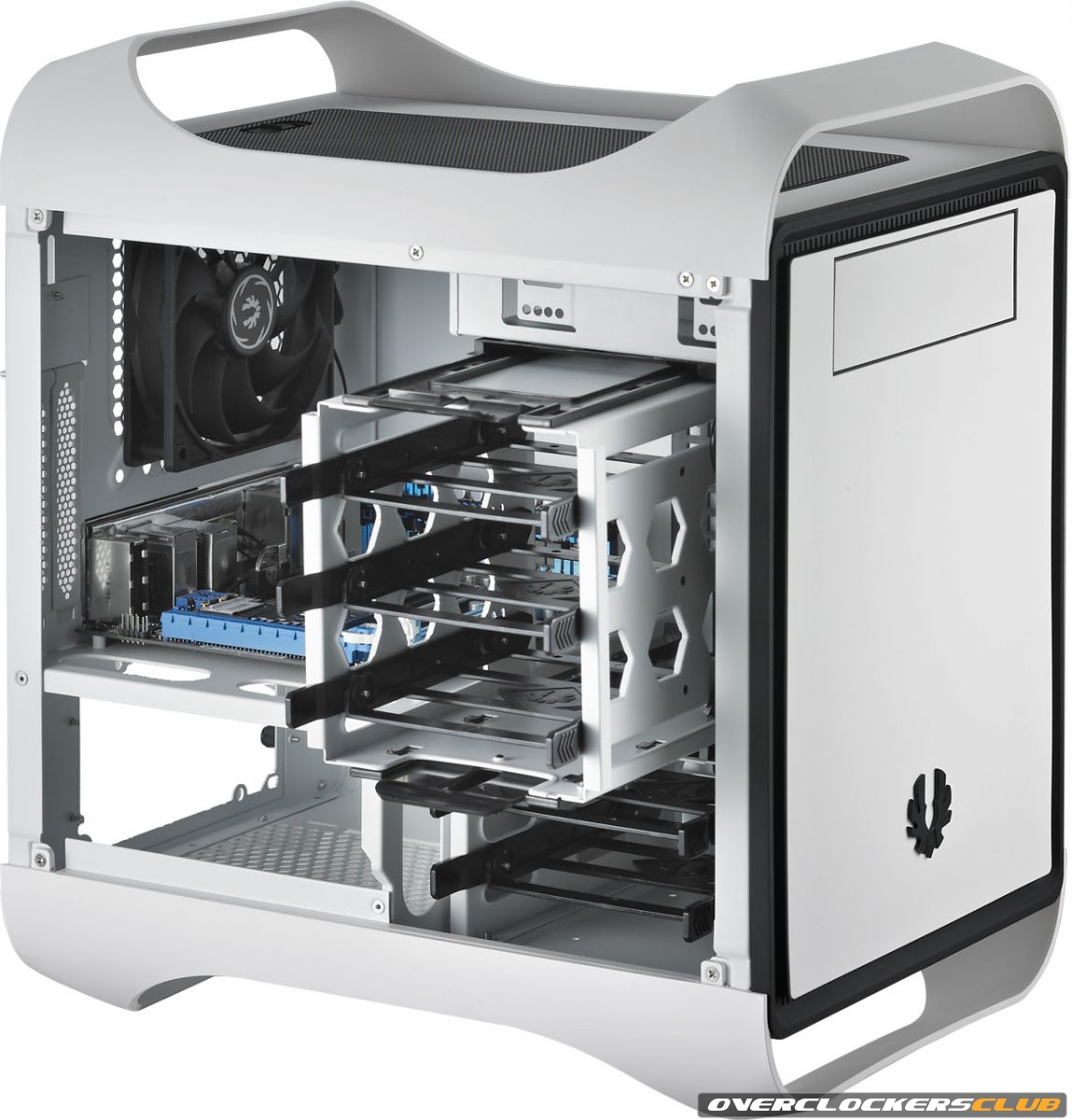 I think the Prodigy would be really good for a main build for someone; Lots of people need more than the 1x 3.5, 1x2.5 bays that this silverstone offers. But yeah I'm loving this compactness and simplicity of this thing.

I would love to do an a10 7850k build in that! (I haven't bothered to check if you can get ITX motherboards which support that socket, heh)

Who knows guys, the days of ATX building might be over for a lot of people

I think you could achieve something similar for less money though, especially if you went with AMD. I splurged.

its HUGE for an ITX rig.

It is pretty big yeah, which is why they've also made an M ATX version of it that is the  same size. I also do think it makes up for the large ITX size with it's good looks, and all the options for HDDs, watercooling, etc. This is probely the ITX case you can fit most watercooling components into.

Well yeah it is huge

it's tiny compared to the Corsair 800D i was using at one point for my main build...I actually sold it and bought a 650D for my own sanity

also, the build in this thread is making me feel quite inadequate: http://hardforum.com/showthread.php?t=1717132

has anyone here done something like this? How do you justify going to the trouble of sticking a water cooling unit in that thing?

Well I think derkrieger has a Node 304 with stacked 120mm radiators.  That looked pretty badass.

I'll stick with my Node 304.  Nice and small and has a great layout.

Go with the prodigy. I want one of these builds so bad...