For the longest time I wanted a Windows KVM in Arch. (Like what Wendell did) I'm running a FX-8320, 8GB RAM, HD 5850 in linux, and GTX 970 in windows. I mostly followed the Arch Wiki post that Wendell linked. So heres how it went. (Just the fun bits)

I chose Arch because I just like it. Looking back this, it would probably be easier running on Fedora. My first isue is the display manager. I already had Arch installed before I got my Radeon HD 5850. GDM works alot better if you install it with the GPU your going to use on Linux. I actually got it to work, but then Cinnamon would crash. I just reinstalled at this point so I could switch over to btrfs while I was at it. Most of the install from here went by pretty swell. The next problem I ran into was QEMU not detecting UEFI on the host. This is because my "etc/libvirt/qemu.conf" was not pointing to the correct edk2 file. Read a few steps ahead in the WIKI because it tells you how to fix this. The WIKI has a few typos and it tells you information a little too late.

My next trick was to get the KVM to load a physical disk (SSD). I used this guide. The GUI for the VMs uses pools so that won't work. After you use that guide, open up the GUI and change the new disk to SATA. You might have to boot through the EFI commands once or twice, but Windows should boot.

So their we go, Windows in Linux. Time for pics. 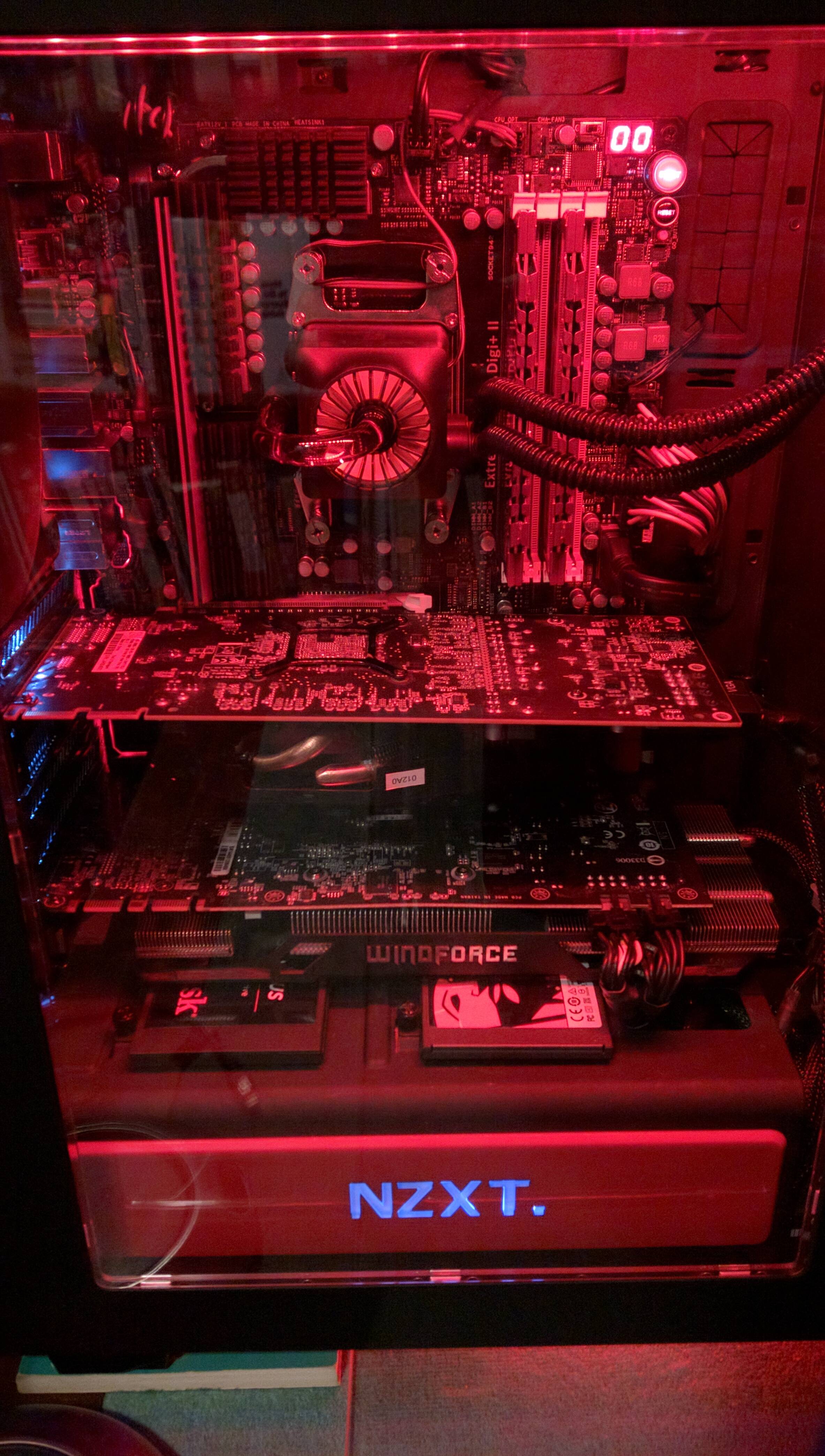 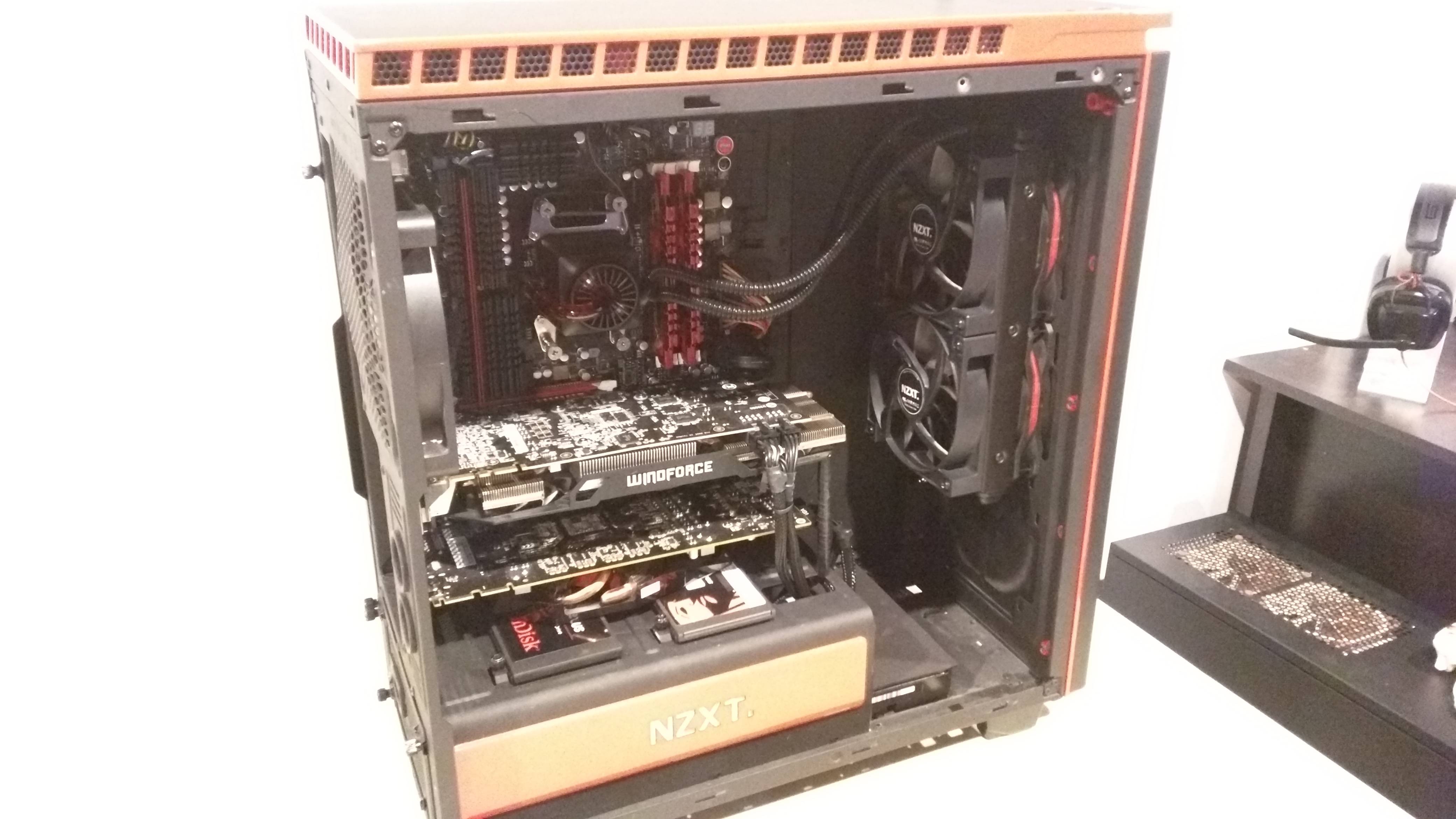 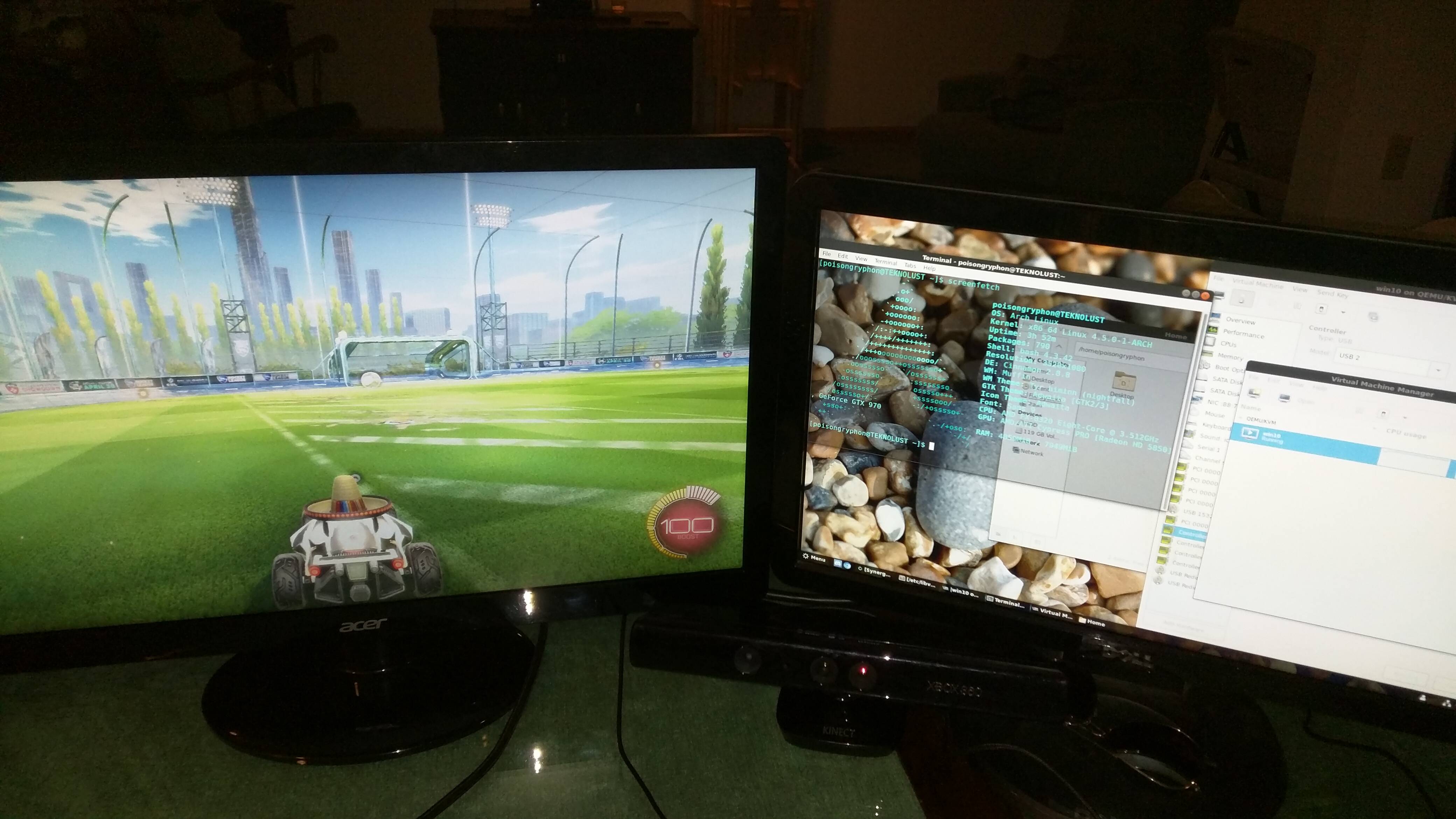 Notice how the 970 is on top in the second picture? This is a big problem. The UEFI tries to load on the first PCI slot. Later when Linux boots, neither card works. (Because the 970 is blacklisted in Linux).

My frame rate is AMAZING for only six cores and being in a KVM. My only problem remaining is when I move my mouse, my frames dip. I'm passing through the USB 3 controller which my M65 is connected to. I think this is a result of the 1000hz polling rate. Maybe @wendell ran into this on his build. If anyone needs help, I'll be happy to give it. I know the people on the Arch forums can be jackasses.

What's the wattage of your PSU? I'm wanting to do this but I'm not sure if my PSU can handle 2 GPU's. Already had one power supply blow up. Not fun.

750W it's not alot but it should be fine. I will probably never max out bolth GPUs at the same time.

I want to do exactly the same thing but i can't. I think my i7-2700K is missing some virtualization technology.

Yup...your 2700k doesn't support VT-d which is the directed I/O control through virtualization.