How safe is it to use an ESD brush or wipe or any other ESD cleaning tool to clean or dust off a PC motherboard? ESD tools are either conductive or dissipative which means that they carry electric current. So using these on a system that is powered on seems like a pretty bad idea due to the risk of creating short circuits. However, even then both PC as well as PSU are turned off, there is some residual current left in PSU capacitors. Moreover there is a CMOS battery on every motherboard designed to deliver power to certain components even the motherboard is physically disconnected from external power source. Is there any risk of shorting out motherboard in turned off system while using an ESD cleaning tool?

It is plenty safe as long as it is de-energized. Turn off the power and then press the motherboard power button to drain the caps and/or wait 5 minutes.

In general you shouldn’t work on anything while it is powered. After the caps are empty the risk is pretty low.

Turn the machine off (and disconnect from the wall to prevent accidental power on), then ground yourself (with a wrist strap).

Basically, all computers should have this sticker on them: 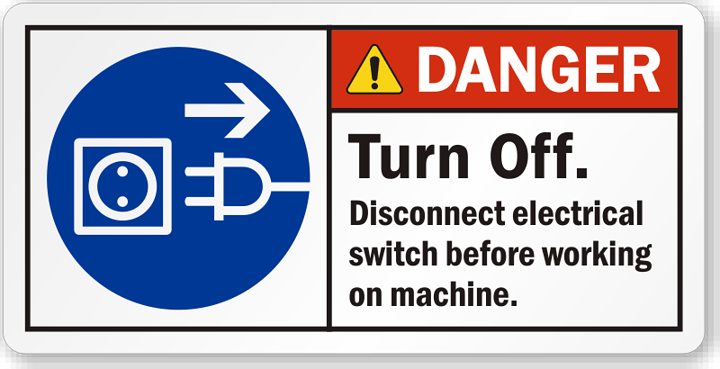 I don’t know what kind of ESD cleaning tool do you mean, but I have cleaned some components with isopropyl alcohol and some antistatic brushes. I usually just touch water tap or grounded computer case before touching the components.

I understand the logic you have about CMOS battery or caps having charge. I have thought about it by myself too, accidentally dropping a case screw on my GPU for example (powered off ofcourse). Who knows what charges the caps might have and what damage shorting might cause. However I have never broken anything even this said situation has happened to me and I have never heard anyone breaking anything like this, for example.

Moreover, I have never tried the draining caps trick @lesser mentioned, but if you do that I’m quite sure you are safe and sound, even if you would short any solder points on the motherboard.

Don’t worry, and enjoy making your parts shining like new!

Capacitors in the old crt monitors were dangerous

Sometimes drilling into metal cases would cause small metal filings to short out old MB’s but those warnings were from 20+ years ago, not sure about newer stuff

Dirt is always a safe bet

Capacitors in the old crt monitors were dangerous

Sometimes drilling into metal cases would cause small

Just like everything that says “Eternit”, I don’t want to be close to those without proper protection equipment.

Even with a system’s power switch off there is a risk of capacitors still holding a charge which is why some techs will remove the CMOS battery and hold down the power button to discharge a system before cleaning. It can be possible to short something if a screw or metal flakes fell onto a capacitor–some cheaper PC cases are prone to metal flakes if at any point it had those panel punch out plates.

I don’t recommend brush/wipes unless dust is really caked onto the motherboard, a can of air or refillable can of air is much easier to work around cramped areas of a motherboard.

I just use an air compressor or a can of air works fine as well.
Of course make sure you do it with caution.
I never really had any issues with this.