I was looking at the Asus z97 Mark S for now, any other suggestions?

The main question is what features do you need? M.2, msata, Wi-Fi, dual lan, bla bla bla... In my country Asus tend to be overpriced, so i don't really like them, and Asrock seems to be underpriced, so i can get one sometimes cheaper than the US prices... Which makes me love them. PS i am with Asrock right now. But in any case, all you need to care is the feature list. Do you really care to have 2 M.2 slots and pay for them if you never gona use them? Do you really need Intel Nic or you can go with Realtec or Qualcom onboard stuff, that have never made a problem to me, LOGAN, and i am in europe... The internet is nice and fast here...

I love my MSI Gaming 7

I'm quite satisfied with my Asrock Z97 Extreme 6. I just wish the second NIC was also Intel. Its one 218V and a realtek thats okay but the dual Intel has nice functionality associated with it. The board also has 2 M.2 slots one can run at PCIe Gen 3 x4 the other is Gen 2 x2 and doesn't make your first PCIe slot run in x8 mode either so unless you really need that Intel 750 SSD your all good with that. It's also got a mini PCIe slot so you can throw one of those Wifi/Bluetooth modules in there or something. You get 1 SATA express, 10 SATA, and/or 1 eSATA. Power delivery is very solid as far as this board is concerned as well (12K Platinum caps, alloy chokes[not ferrite] and dual stack mosfets. 12 phase power design. 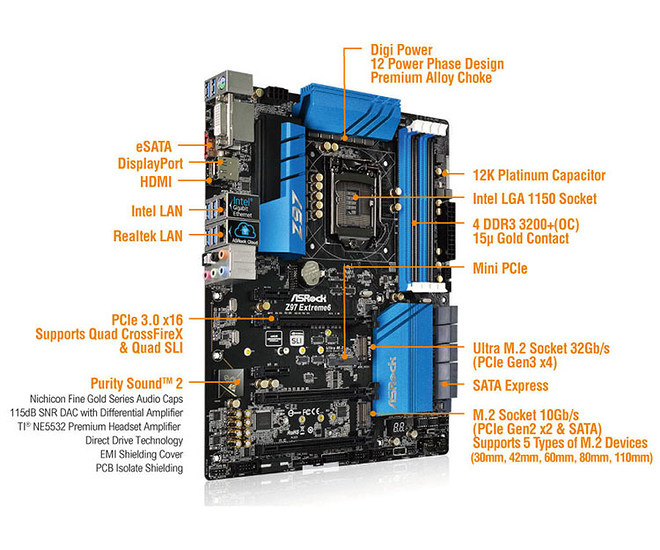 I just got my z97 g1 sniper board. Really love it. only thing is that it does not have m.2 drive support. 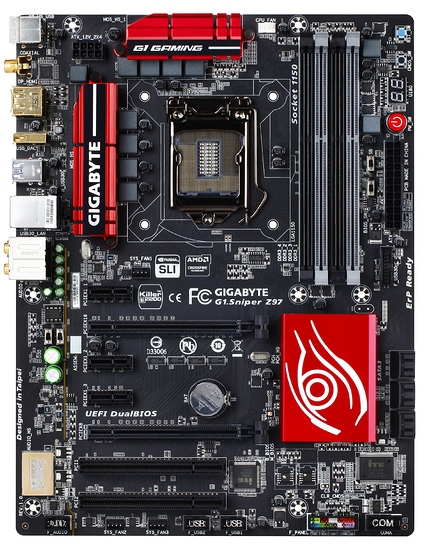 I went through one base z 87 from msi, then two gaming msi boards, THEN finally settled on my z87 ws from asus and it has been one of the best mobo's i have ever purchased, has every feature i wanted and tons of support. Si basically put as much cash into it as you can stand and it should treat you well, but in my humble opinion i wouldn't buy msi.

Basicly any decent Z97 boards should be fine for your needs realy.
It just depends on what particular feutures are important to you.

Just a list of decent boards that are below $300,- but still in the upper league wenn it comes to feutures and quality.
But ofc the question is, do you realy need all of that?
The Gigabyte Z97X Gaming GT, Gaming G1 and Asrock Z97 Extreme 9 feuture a plx chips in case you are interessted in that.