Hello, I have a refurbished dell 13 7000 series laptop. Therefore it does not have a service tag sticker on the bottom. My problem(s) is the DC power Jack/receptacle broke off the Motherboard when I attempted to plug in a new replacement DC short cable. The Jack off the MB went into outer space somewhere to be never found.

Can I order a replacement DC MB Jack receptacle and solder it in the place of the missing one? If so do you know where I can purchase one? Or can I cut the plug off the Jack cable and solder the wires straight to the MB? If so where can I find the position placement of each wire? Does the DC MB Jack have pin holes where to desolder, drop in replacement Jack then resolder?

If not then can the Jack cable end be cut off and solder the wires straight to the top of the MB? There is very little space between the pin positions on the MB in relation to each other so from top would be impossible for a shaky hand like mine. Maybe electric contact glue? I fear the distance between the pins on the MB will not allow any type of repair from the top side.

I ordered two used MB’s from eBay and both were defective, one video, one keyboard so I am sorta shy to try again. Being a disabled senior on a very limited income I can’t afford a new MB or the $129 + ones. I had to save to buy the Jack cord and a new battery now the battery is down and no way to charge it. I hope it is still good but if not I will use the laptop on AC and save up for another battery.

I spent quite sometime in the hospital and finally came home and after a period of time gained enough strength to tackle this endeavor. The laptop worked fine until the Jack broke off so the Jack and possibly another battery and I am good to go.

Thanks in advance for any and all suggestions or recommendations.

If you have a couple defective boards, why not steal the jack off one of those? or is it the jack thats defective?

Can you take a picture of what you’re working with?

You’ll need to check to make sure this fits your dell, there are a lot of type of dell 13 7000 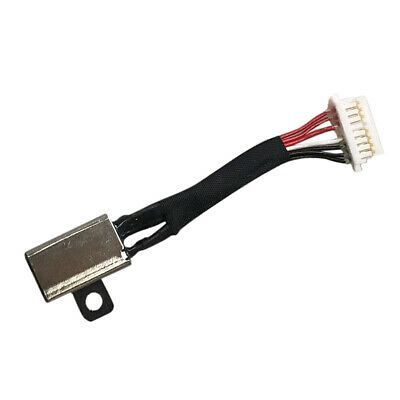 Thanks for the reply, it is the Jack that is soldered on the MB. I was replacing the dc cord that plugs into the Jack on the MB and it broke off and flew somewhere towards Mars. Unfortunately I was outside in the sunshine so to be able to see good and it went into the grass forever. The pins are very/very close so soldering the dc cord on top is almost impossible but a steady hand May can desolder what’s left on the Jack on the MB. The tracings on the bottom are close as well I suspect with more pressure that was needed was the problem but being it is so small the automatic solder robot probably can not add the amount needed to make it sturdy. Thanks for your reply

Thanks, That is the dc cord I was replacing. When I attempted to plug it into the Jack on the MB the Jack broke and is MIA. I am trying to charge the battery via the HDMI port on my TV. Hopefully that will work until I can come up with a part or cheap MB. I returned the ones that were defective. That would very expensive fix but may have to purchase a defective board and take the Jack off it and add it to my board BUT, the traces are very, very close together so it will require someone with a very small tip iron and skill to do it.
I shake way to bad to even attempt it and out of the 8-10 soldering irons and guns the tip will be to big and melt solder on more than pin/trace and allow the solder to short between them. Thanks for your reply and suggestions.

If you want to send it my way I can try my hand at repair. I’m no expert but I do have access to some nicer equipment due to my job. 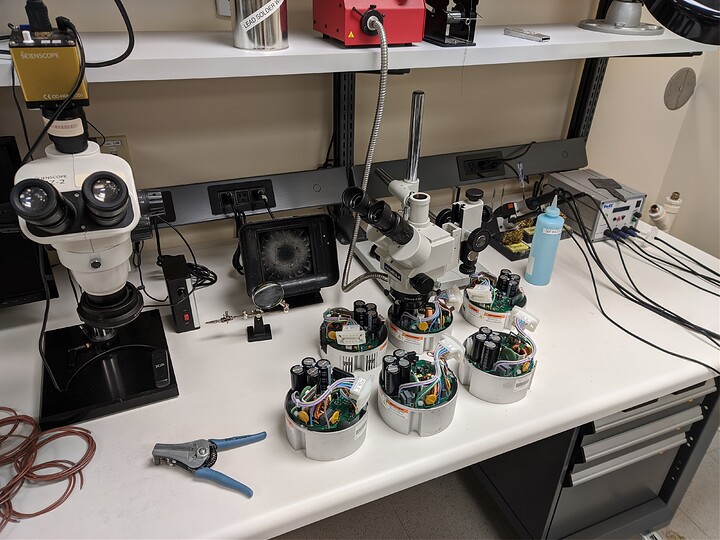 I realize shipping your stuff off to a stranger on the internet probably doesnt sound like a great idea, however in this case I am in a position to get it done.

I won’t be offended if you don’t want to try that.

I wouldn’t expect payment for it either.

As a 10 year moderator I can vouch for adubs

if its 2 wires, anything will do.
Robbed mine from an old router, now with new plug.

sometimes they are in pairs or 3’s, all to same spot. follow to where it leads, they normally all red to 1 solder point, same with other colour, many wires are paralleled more for the amps than voltage.

That is really nice of you. I don’t have a problem sending it to you it’s not like I would be losing much nor you gaining much.
Just let me know when you try/succeed/fail and I will pay you you for your time. Thanks very much I really do appreciate you trying to help me. Very impressive work bench it appears to me that you do a lot of electronic work. A field I never got involved in but always wanted to a good electronic tech can fix anything. I guess send me a pm with your address so not to alert the buzzards. I go to kidney dialysis Mon, Wed and Friday but should be able to get it headed your way Tue on my way to the Dr. again thanks .

Thanks, I will have to get the dc cord to be 100% certain but I think it’s 6 or 7 seems like 3 red, pause. I went to where I put the dc cord, put there where I would know exactly where it was when I needed it. Of course I don’t know where that place is. You don’t understand that but given enough time on this earth you will. It’s like hiding things from yourself then trying to find them. I think (dangerous) it has 3 red, 3 or 4 whites. But I will let you know if I don’t forget to look for it. Gotta remember to think about it as it will need shipped with the MB.
Thanks for your help.

Thanks but I trust him and never heard of or seen him. He has nothing to gain by stealing it, besides it ain’t worth going to He** over. I have gave away enough work and parts in my life to help people that if I had the time back in dollars and parts that I did not charge for I would not be having this conversation. I have left my family on Christmas and Thanksgiving to fix heat for people that had none whatever it took to get them heat in their home I would do regardless of cost.
One can tell when they pull up to a home and especially when you enter it wether the people could pay for the repairs. It’s hard to go in and see 3 children with runny noses and triple layer of clothes to attempt to stay warm. No way could I charge those people and live with myself. Guess that and being disabled at 50 years old is why I can’t just junk the thing and buy a new one.
Thanks for your input

Hey guys, What a cool place to hang out. You guys are super, so much help to a total stranger what a class act.
Though I would give quick update on the dead battery. I attempted to change it while it is inside the laptop via its HDMI port connected to the HDMI port on my tv.
After 24 hours it shows no sigh of improvement. Turn it on the keyboard lights up then goes right back off.
I suppose it is bad although it is new but without charge of any kind applied I assume it is dead.
If I could locate the pos-neg pins on the batt I would attempt charge it outside the computer. I have a variable power supply summers ( that’s southern for somewhere) but locating it will be a task. Besides it’s been in my shed/shop since prior to 2005 and if it’s condition is equal to thousands of dollar’s worth of tools and parts that setting in a humid shed that the sun never shines on it is probably trash.

I’m not aware of any laptops that accept power over HDMI. I know some of them use USB C for display out and power in but that is typically done with a specialized dock.

I think is possible but probably on the newer stuff. There is voltage from the HDMI in port but very, very little current.
I suppose mine being older, both TV and laptop it is not obtainable.
The process is a “in emergency only” so I would not recommend anyone try it unless they need to trickle charge when other means are not available.
In my case I hoped it would work but did not. I felt I really had nothing to lose.
I will take the batt apart and try to find replacement cells and go that route.
Or if I can find the pos and neg pins I will attempt to perform CPR on that puppy outside the laptop.
Then I have to locate the screws that hold the MB in the and case screws .
Thanks for your reply.

Thanks Adubs, Got it! Will send ASAP.
Again thanks for your kindness.

I will take the batt apart and try to find replacement cells and go that route.

I have the equipment to resurrect the lipos potentially.

I am not 100% certain but 99% chance is Lithium. After I get home from dialysis I plan to take it out and hopefully it will tell. I don’t ever feel like doing much after the vampires are done with me but can do this from my bed. Besides without screws it will fall out, just turn it up and be prepared.
If it were Nicad I could revive it to some degree but lithium I do not know how to do.

Well maybe I can send it along with the other stuff and if you have time see what you can do with.
The laptop is pretty thin so it probably is not the 18650 cells but not certain. I do have chargers for that type cell if it is 18650.
Then I can charge them here.
Thanks.

If the BMS hasnt failed or gone into a protect mode then there wouldnt be much point to send it. I’d just as soon let the laptop do the charging for us, and the cost of shipping lithium batteries is not worth it IMO.

Ok, Sounds good. Maybe you can fix the board and let the dell charger try it’s thing. I will wait until then to decide what to destroy. You work for a bio med company? Those round things in the photo sure has some nice looking caps.