Monitors are irritating - When will the "early adopter" phases die?

Or at least become cheaper? Monitors have got to be the WORST part of having a PC.

The logic perplexes me. 4K, 60Hz display? Surprisingly NOT that much. throw in 120 or 1-Hundred-and-Arbitrary Hertz and you’re looking at double the dollars. But wait? No?! Triple the price? We’re talking about FIVE times the price for one feature. Yes, it IS refresh rate after all, but STILL.

And when you look at how childish and - to be blunt - Chang Pang some monitors like the PG27UQ look, how on Earth can they charge so much for that thing? It looks like it was designed by a collaboration between Bandai-Namco and Hasbro. OVER designed and just DOES NOT speak “professional” one bit. I thought my G910 Orion Spark looked a little obnoxious. Holy crap!

Sorry for a bit of a rant, there. But this is what i’ve been noticing for years. Either a lot of tacked-on features adding to price, or a new feature blowing the price out of proportion exponentially. Remember when G-Sync first became a thing? I try not to… I still have PTSD nightmares about it to this very day. Ugh…

And with that said, when can we expect to see monitors like these not considered still in “early adopter” phases?

Yeah monitors are a bit of a mess right now. Resolutions, Aspect ratios, refresh rates and panels are all over the map. It feels like the same 20 panels are being repacked with different components and designs by 10 manufactures who are playing feature monitor roulette in an attempt to find the formula that gives the best dollar to part profit ratio. It can be really difficult to find quality that isn’t overpriced.

Refresh rate seems to raise price more than resolution.
Anything >60hz gets the “OMG GAMING” tax, regardless of whether or not it has programmable seizure lighting.

Superwide gets the gimmick tax.

Fully agree with the above. The whole monitor landscape is a mess right now.

I guess this may be due to almost everyone only needing a 1080p 60hz display when the enthusiasts want more but are a minority.

It’s the people who buy that crap, that I blame. The people who wanted and rewarded useless crap like RGB, to the point we are now having RGB monitor stands and gaming chairs (for fucks sake, you put your ass on it, nothing gaming about it)…

Recently I had a dilemma…
4k 60Hz, 1440p 75Hz or 1080p 144hz.
The price is the same. Not joking. I can get 4K monitor for the price of 1080p 144hz one.
I opted for 1440p 75Hz cause it was reasonably priced, IPS, had features I wanted (Freesync) and was large enough to no be needing magnifying glass to read text.
When we stop buying expensive garbage the manufacturers will stop selling expensive garbage.

From what I gather you may want to buy 144hz monitor maybe? Yeah, I get that… Buy larger resolution instead. Reasonably looking and reasonably priced. No need to reward the practice of you don’t like it. If you buy the overpriced monitor and then complain about it, the company will only care about the fact it sold a monitor. You bought it. The tactics they are using are working… Don’t buy it. Let’s stop rewarding those practices…

Monitors have got to be the WORST part of having a PC.

They always have been that way.

75Hz can be achieved by selecting high quality standard components.
100Hz to 135Hz is high frequency component territory, everything gets at least 2x more expensive.
200Hz and above requires specialized circuits, RF-shields, coax cables. Generally, everything might aswell be radio componentry.

Large panels are harder to make without defects.
Lower volume production is more expensive than large scale production.
Combine both (say 1440p120Hz Ultrawide), you go to nieche of nieche with specialized technology.

Welcome to the world of Monitors. I’ve been here for 30 years.

Monitors have ALWAYS been the expensive thing about computers. Back when they were CRT’s unless you could hook your computer up to your TV the monitor was probably the same price as the Computer. And bigger monitors meant bigger price. Usually disproportionately.

and then you get a crt that does 600hz that you pulled out of the trash.

Nowadays yes, but definitely not back in the late 80’s early 90’s. And it re-surged in the late 90’s and early 2000’s. Monitors weren’t just thrown out till around 2002-2005. Unless you just bought a BUNCH of even more expensive monitors. 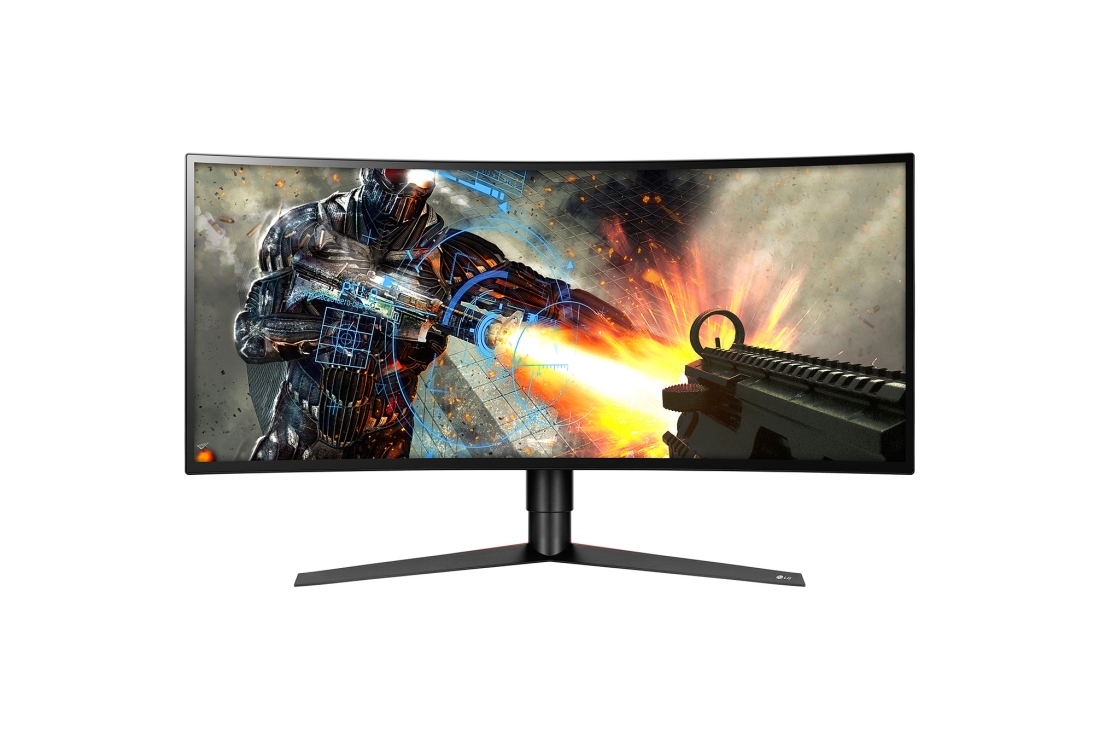 And speaking of 144Hz. Or as I like to call it, arbitrary-Hertz. Can anyone explain that? What the hell? WHY?! Why the extra 24Hz over 120? 120 makes sense. 120 is double of 60… I just thing that extra bit makes for extra costs and is nothing but excess on the monitor’s capabilities.

And just so everyone knows where I am. I’ve been using an HP W2007 for 11 years now. I know, it’s hard to believe. But it’s amazing what you can get used to. And nothing has ever come out that impresses me in terms of displays. There’s always this and that and this. And then G-Sync came out… Then you had to remove and mail in your left testicle to Nvidia to get a permit to buy a G-Sync panel… and then… I stopped giving a shit altogether.

Probably the media for “discovering” crypto currency and using the hype to start a boom in video card mining, driving up demand and “taking” video cards from gamers. More Nvidia because there aren’t any good challenges to their current cards and they don’t have to innovate. Expect incremental upgrades to their cards until they have someone challenging or exceeding their current designs.

Who’s fault is, that Intel sells massively overpriced CPUs with no benefits other than 1 tiny feature?

Market forces. If they don’t have to innovate to keep ahead then they won’t . AMD pushing the market is going to cause Intel to innovate again.

Who’s fault is, that now we are approaching 4K 144hz with no way to drive that many pixels?

Partially market forces and partially the diminishing returns to utilizing raster rendering with the technologies they use to make it more look better. Ray tracing is a start but its pretty weak compared to path tracing. Ray/path tracing that is real time just isn’t here yet despite the proprietary bill of goods that Nvidia is trying to sell.

Nvidia is partly at fault for driving up pricing with proprietary standards. Gsync is always more expensive then free sync due to the Nvidia tax.

Having a free market means everything has a price. If people are willing to pay it then that is a price point. You can suggest people stop buying things that are too “Expensive” but some consumers have no choice to upgrade when things breaks and consider that “Expensive” is a sliding scale.

Stop buying expensive things it is an over simplified answer to a many layered question. If the price hasn’t changed then they are selling at that price and it doesn’t need to change. Or they paid for shit tons of marketing,. Or they put their competitors out of business. Or they put it on LTT and a bunch of fans bought it. The reasons go on.

Probably the media for “discovering” crypto currency and using the hype to start a boom in video card mining, driving up demand and “taking” video cards from gamers.

No.
Same as beeing stuck on 4c/8t on the desktop, Intel decided that is enough to le peseants. Nvidia decided that is the right asking price, minimal generational improvement and shoddy business tactics.

Partially market forces and partially the diminishing returns to utilizing raster rendering with the technologies they use to make it more look better.

SLI and CrossFire exist, Nvidia has no interest in supporting it, AMD no money to push it.

Aww come on, Nvidia is clearly a huge factor but no one can deny the direct effect that Crypto currency had on GPU Pricing. Every tech guy was getting hammered with questions on how to mine it and offers to be partners in a mining venture. There was a clear spike in pricing and the recent price drops are related to the reduced demand. One day we will get back to MSRP. 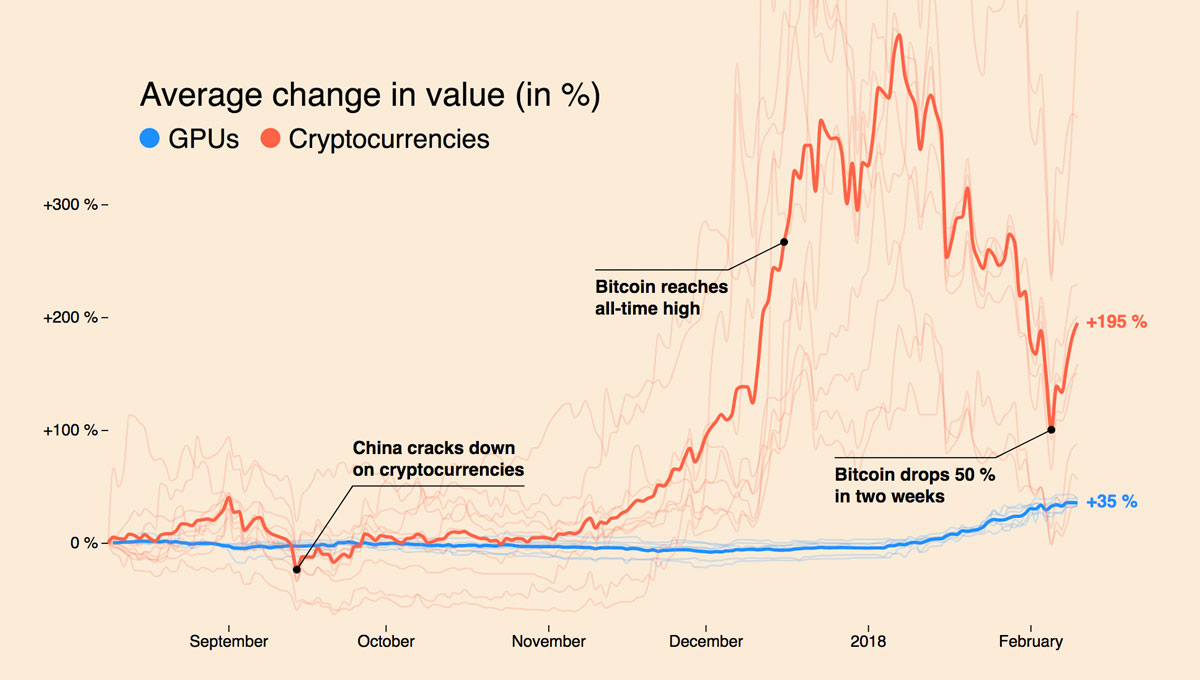 The high demand for cryptocurrencies is driving up prices for GPUs. Why is that and what can we do about it? 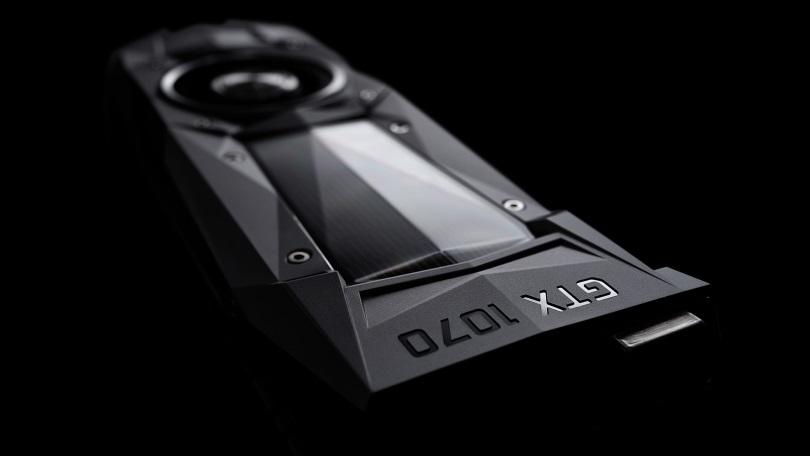 The vendor originally anticipated "cryptocurrency-specific product revenue" reaching $100 million during this year's second quarter, but it actually came in at a mere $18 million at a time when Bitcoin's price has sunk.

One day we will get back to MSRP.

AMD cards (the main cards used for crypto) are back to MSRP (and have been for ~half a year):

Nvidia is skimming the market and has been doing that since the 900 series. Just now, they can just do as they wish as AMD can not compete in the high end market.

I see what you mean.
https://pcpartpicker.com/trends/price/video-card/

I was thinking about getting this beautiful bastard. But I hate Freesync.

And I just have to say… the ASUS ProArt line looks GORGEOUS. It literally looks like the exact OPPOSITE of the Fisher Price looking Rog Swifts.

The looks of the ProArt + the specs of the PG27UQ that AREN’T overspecced is my dream monitor.

But I hate Freesync

Because it’s just another feature to bump up prices.

HOWEVER, I did read that Nvidia enabled their GPUs to work with Freesync via drivers. Sooo… Freesync > Gsync?

And I’m looking at the Alienware AW25 and i’d want something similar, but without being overdesigned. And without selling you a feature that makes ZERO sense. 60Hz, 120Hz make sense. 144Hz - or as I like to call it - A-hundred-and-arbitrary-Hertz and 240Hz make NO sense.

WHY does this Alienware display have 240 Hertz?! Why not just stick with 120? Idk if anyone caught what I said earlier. I’ve been on an HP W2007 for about 11 years now. I think it’s long overdue for an upgrade. I’d want something to be able to design on and use for gaming. I think 4K is out of the equation. So i’m sticking with 1080P. Some more real estate/size, something that looks PROFESSIONAL and NOT like a toy (ROG Swift/AW displays are the perfect example), and perhaps the 120Hz.