Mobile Computer For an Auto Shop

So let's start with the simple part... I know a laptop solves literally all of the issue here...The guy I'm dealing with is being hard headed about this for some reason and so I have to come up with a solution that isn't that one.

Have a very low end desktop. Old Celeron processor. DDR memory. Some prebuilt crap thing on Windows XP professional from before my time in computers. I started playing around when DDR2 was just going out of style and DDR3 became the norm. So anyway I have that strapped to a medical cart that is now supposed to be a "mobile" PC for the techs here at the shop to use for diagnostics or whatever. He mentioned needing wireless for it so I figure a USB adapter would do the trick? The hard part is how do I run a PC that needs to not be tied up to an outlet? How do I power this thing? UPS isn't designed to be a battery obviously and even if so wouldn't I need a really high power one to last long enough to make this remotely useful? It would also have to power a small monitor too.

Anything helps here. Thanks guys.

Surely this guy realizes that computers run on power. So you're going to have to power it somehow.

Being an auto shop, he probably has a bunch of car batteries around, so you could probably get a beefy inverter, like you'd find in a RV, to power the cart

Computer wise I'd recommend something passively cooled. A Thermalright Macho cooler should do the trick with a low powered CPU.

There are passive power supplies as well. 500w should be more than enough.

Finally, I'd recommend using a SSD. There are lots of vibrations, etc. Maybe spend extra for a Samsung 850 PRO or 950 Pro. I might even recommend a SATA SSD over a NVMe because of ease of replacement, and some software not wanting to run on Windows 10 yet.

Yeah that A6 APU is probably shit. I have heard good things about the A10 though. 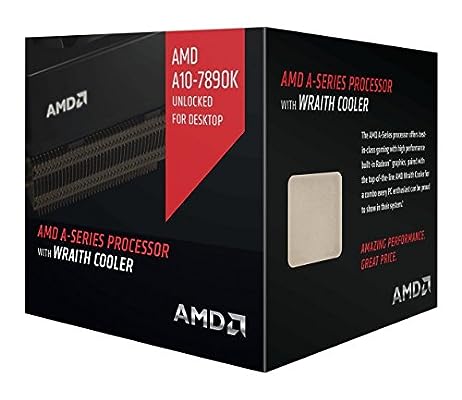 How far does this thing need to roll? Is there a clear path? Maybe rig some drop down power from the ceiling.

Yeah that A6 APU is probably shit. I have heard good things about the A10 though.

I think active cooling in an auto shop is a bad idea. It's a harsh environment, and fans will fail. And this AMD CPU runs hot, and has a fancy fan. Bad idea.

Bolt an extension cord onto the trolley to plug the PSU into so it doesn't tug on the PC when some one pulls it too far. @NetBandit is right, passively cool it, the air in auto shops is shit.

Buy a passively cooled laptop and damn what the guy you're dealing with says!

The only thing I want to add to all of this is that you should actually get a larger computer with more PCIe slots.

There are tons of diagnostic tools that can interface with serial ports and there are also some add in cards for things like fancy OBD2 readers.

Here is my build.

The only thing I am having trouble with is the case. I want a low volume case with a bottom intake and side exhausts (makes it very hard for shit to get in the case that way).

I went with a motherboard that supports wifi and has plenty of expansion slots. And I also used a m.2 ssd to keep cable management simple.

Not sure if you're set on a desktop, just curious if you have looked into something like the Toughbook series? Nothing exceptional specs wise but maybe if you're looking for portable stuffs?

Sorry for not getting back sooner. My apologies for not being clear in the original post. I have a shitty desktop already and he's not buying a new one. He wanted to know if there was a way to make that thing into essentially a laptop but I explained to him it would be worlds easier to buy a laptop outright or even used on craigslist and use that instead of his ancient equipment. He decided to listen to me thank god.

nice
that or a NUC might be a good fit.