Some mobile bugs. Am on oukitel k10000.
L1 logo is still christmas themed.
The mobile scroll bar is the full sized desktop version. Not the older version
catagory selection is buggy at best

As far as the L1 logo, it sounds like your browser is caching the image locally, maybe see if you can clear cache?

Can't speak for the other issues though.

As far as the L1 logo, it sounds like your browser is caching the image locally, maybe see if you can clear cache?

I tried Firefox on Android and it still shows the Christmas Logo and I'm pretty sure it doesn't share the same cache as Chrome.

The logo is christmas on mobile (for some reason).

For safari on the iPad, I see the normal non xmas logo.

edit: Never mind I was viewing the desktop site on the ipad. I did not know there was two versions ( a mobile and non mobile site ). I also see the x-mas logo when viewing the mobile site.

I don't use l1t on mobile, so I don't have it cached. It's showing up all green and red for me as well.

Also if you request the desktop site it will load the normal page without the Christmas logo.

Okay well now that we're all on the same page... paging @wendell

Yup still Christmas, still terrible scroll bar, not dealt with categories but sometimes posting a new topic from mobile is nigh on impossible as the category selection there auto closes a second after opening.

yep.
its buggy at best

For me it's the normal logo now, via the mobile site.

Thank you to whoever it was that provided the fix.

Hey cool the logo is normal. Thanks @Goalkeeper for the heads up.

I would like to add one more. When you scroll up in a thread a back button appears above the broken post count box slider of terribleness. This back button I gather is supposed to bring you back to the point you stopped at in the thread, but it does nothing. Just takes up space.

If the scrollbar was changed back to then post count box on mobile you could do away with the back button as it would not be needed any more.

Also like buttons do not turn red on mobile. @Kreestuh

BUMP.
any update on when the like button for mobile is going to be fixed @wendell @kreestuh?

I have literally targeted every thing I know to target for this, added !important tags to try to override any desktop styles that might be interfering, and cannot get it to stay the correct color. Sorry friend.

Also the scrollbar thing sucks but it's default to the current Discourse version. The postbox was a previous version (way better but looks like it's not coming back for now).

well ill take this over nothing. thanks for the reply though. better than being left in the dark 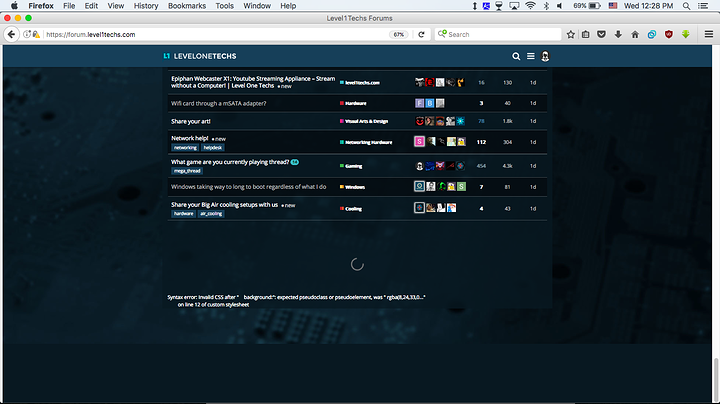 Also seems to be a similar issue with the tag pages 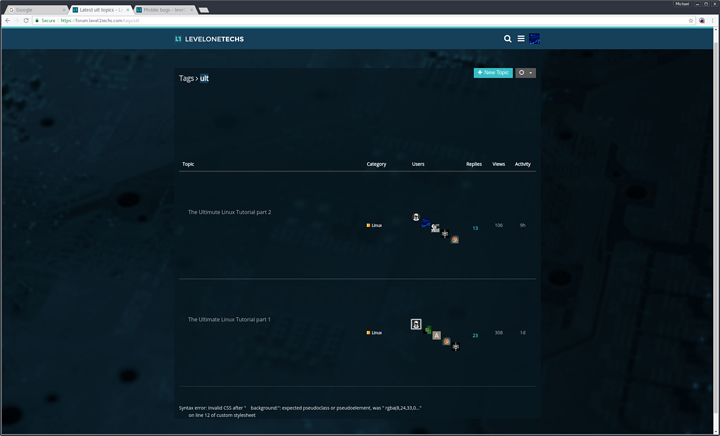