So, I have a Enermax Liqtech TR4 2. The Threadripper AIO known for corrosion issues. It is unused, and I have drained it of the fluids today. Taking the pump and cold plate apart, it shows no gunk or corrosion thankfully.

My question is about reducing corrosion. Ideally one would run only similar metals in a cooling loop, however with this AIO it is not possible. Even If I were to replace the radiator with an all copper radiator, the housing on the pump is aluminum. It appears to be anodized, but it is still aluminum.

With the copper cold plate and the aluminum pump housing, all other things being equal, would replacing the radiator with an all copper radiator reduce or increase the corrosion potential? I do think that it is likely that the corrosion others have seen is probably mostly from the radiator, but I don’t want to change it, if it will increase the corrosion rate of aluminum in the pump housing because the ratio of copper has increased. However, I will gladly and willingly change it if it will not likely increase corrosion and gunking up of the cold plate.

Of course I will be replacing the fluid with a more corrosion inhibiting formulation, and not the original that apparently caused problems.

I think EKWB has all-alluminium radiators. When the pump housing is alu like you say, that should more or less fix it.

Yes, but the cold plate is copper. So no matter what, there is mixing. I guess my question boils down to: all things being equal, is it better to have more copper or more aluminum in a mixed metals loop. 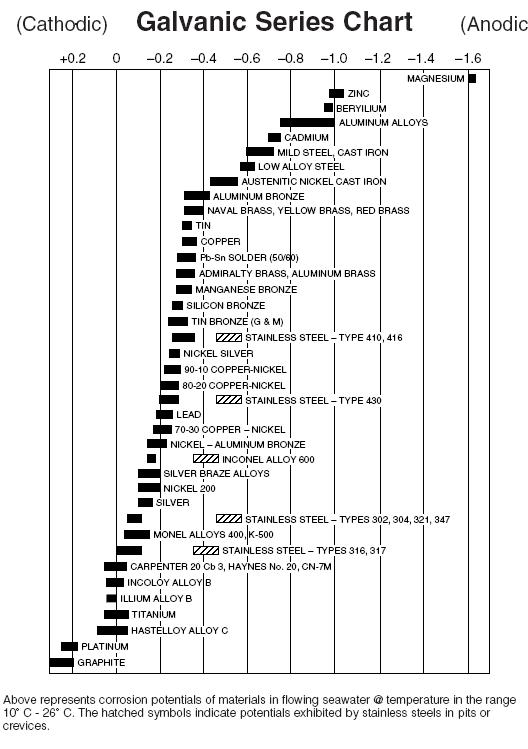 The aluminium will get attack in the presence of copper.

Ideally you would tin-plate the aluminium parts and then copper plate them. Is doable at home, but will take some trial runs on sacrificial parts.

So, using some key words from your post, I fell down the google hole. Apparently anodized aluminum has a very thick (compared to non anodized) aluminum oxide surface. And that is electrically non conductive, as long as the finish is not damaged.

Also, at least a few of the pages I looked at

So, my thinking is that the corrosion found in this set of AIOs if between the aluminum rad, and the copper cold plate. I have seen aluminum rads cut open on Jays two cents, and they don’t appear to be anodized on the inside. By replacing the aluminum radiator with a copper one, I should be able to reduce corrosion as the only aluminum in the loop would be anodized, and thus protected. Along with adding anti corrosion stuff to the liquid.

Fernox will do the job though it’s complete overkill for a tiny aio. Maybe sell the guy a little vial?

maybe buying a bottle for later projects? i could make up some 50-100ml bottles should that be a enough?

Thanks for the reccomendation! I will definately be adding some.

Also, no prob buying the whole amount, I do all sorts of projects all the time. Hell, I will probably be modding the AIO more than once, and like doing full flushes instead of reusing the liquid.

Teardown pics and info for the Enermax Liqtech TR4 2 360.
I assume the teardown would be the same for the 280mm version 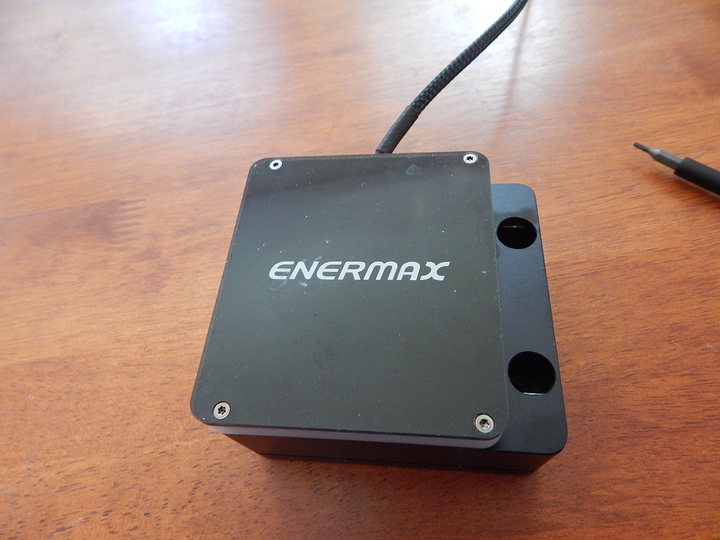 Four Torx #6 screws. Not too hard to get out.

Just below the top plate/rgb diffuser 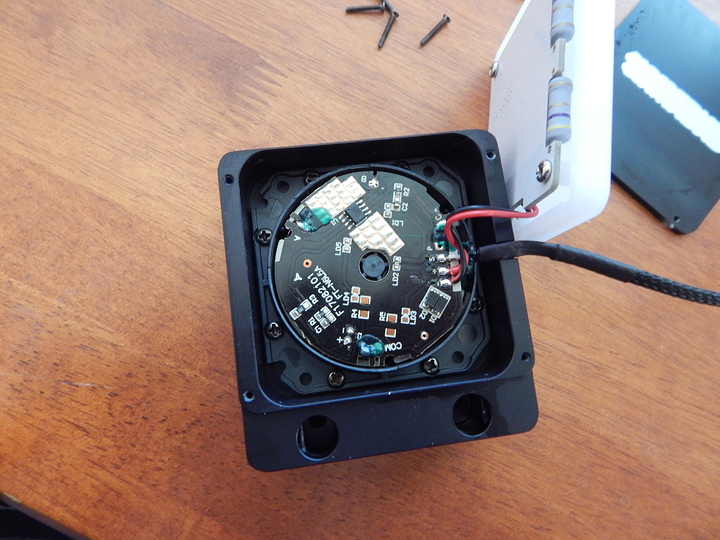 Where the pump fits into the block 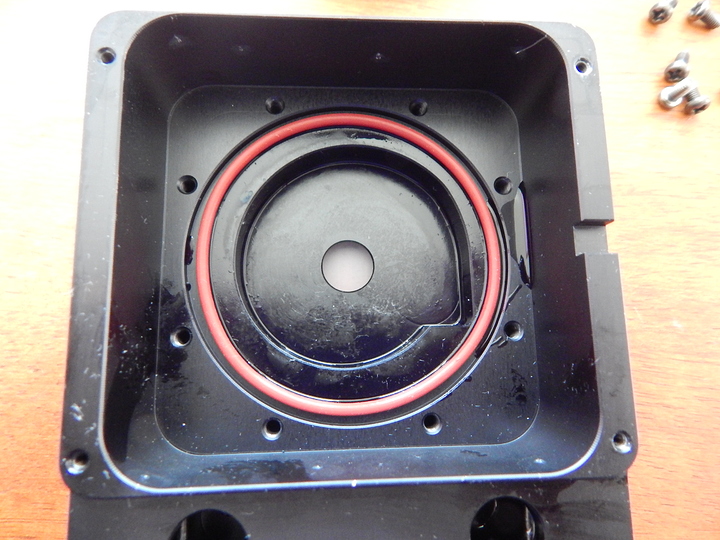 The pump. Only one oring, I just moved it between pics. 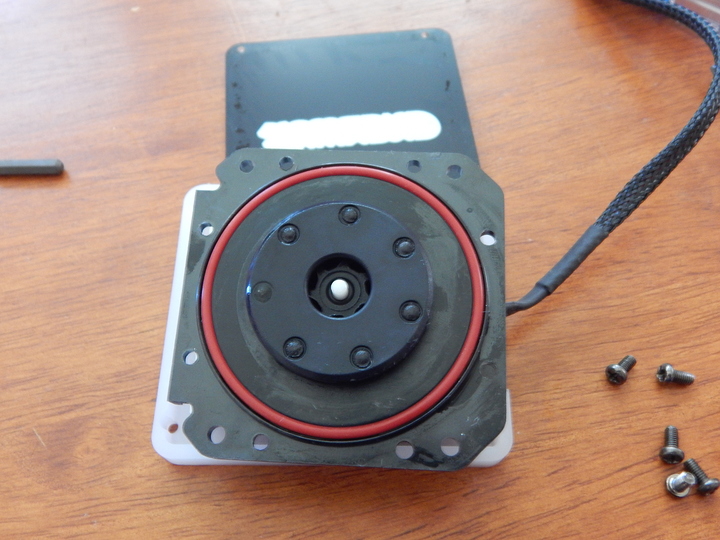 The cold plate. There are 10x torx #8 that hold this in. Not too hard to get out. 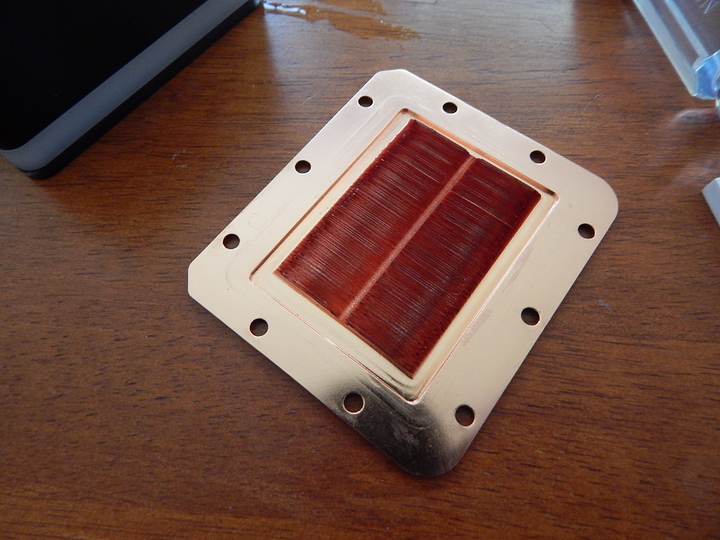 The gasket that shunts the water though the fins. It appears to be different from the original version that was torn down on Gamers Nexus, and other vids. 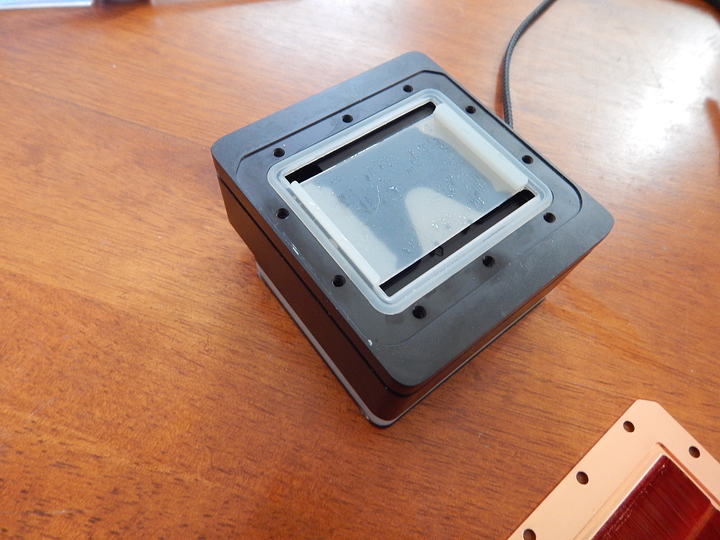 Here is the lower side of the pump block without the gasket. 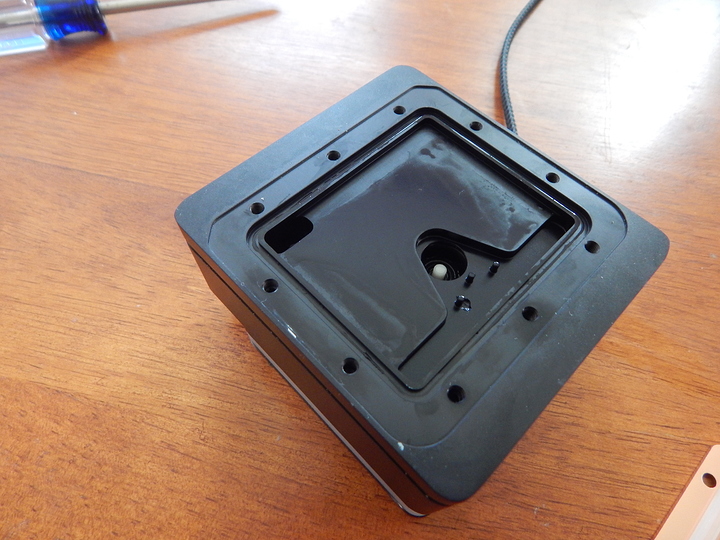 One small imperfection, that appears to have been there before anodization. 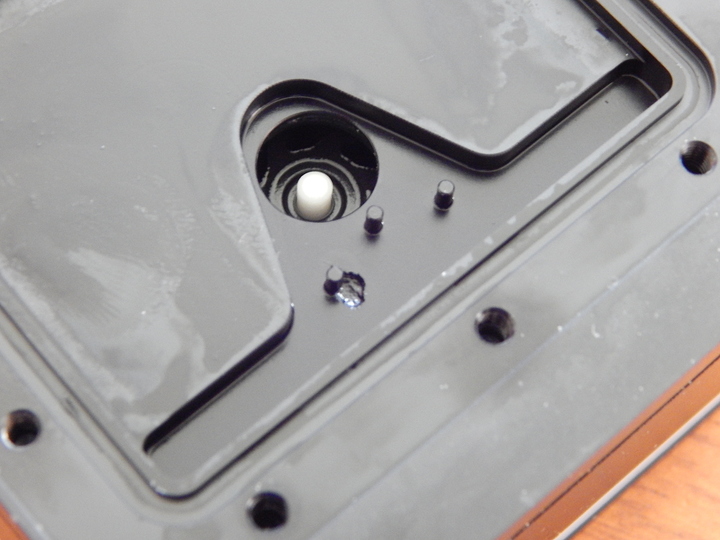 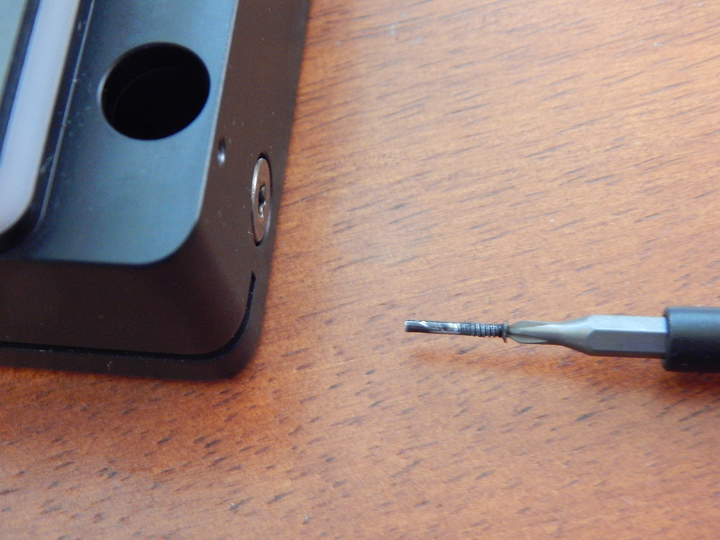 The tubes are attached with these fittings. I am not sure what these fittings are called. Does anybody know? I would like to be able to get extras for this project. 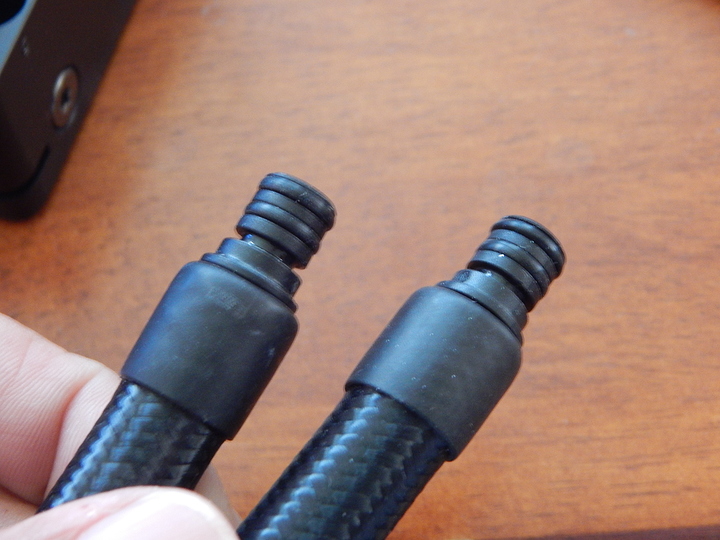 The next step in my water cooling odyssey.

I picked up a jug of Fernox F1. Here is experiment to watch it work. Not that I don’t think it will, just like seeing experiments done. One jar is just distilled water and the other has a capful of fernox F1 in the distilled water.

1oz .999 fine silver in each jar, and a strip of aluminum can hot glued to the top of the jar. The metals are not touching, so all electron flow must be through the liquid. I used a scouring pad on the aluminum just in case there was a coating from the inside of the cans.

I used silver because I had it, and because it is further from aluminum on the galvanic series chart. So it should react faster and show me results sooner. Hopefully this experiment shows results soon, I am an excited kid when it comes to home experiments. 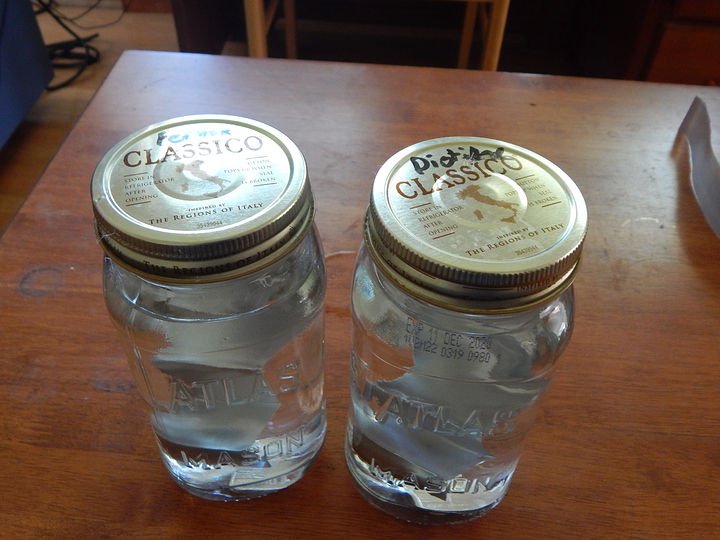 The galvanic potential of the silver aluminum should be around 0.8 volts where if I had used copper, the potential would have been around 0.6 volts. So hopefully this speeds up the experiment. Also I didn’t have any good size chunks of copper to use.

Related, if the fernox F1 stops the corrosion of the aluminum with silver, it should work even better in the AIO as the galvanic potential would be less. So I am not worried at all that this is not an exactly the same materials experiment. Plus the aluminum in the AIO block appears to be anodized, which should reduce the potential even more (theoretically to zero, as long as there are no scratches beyond the Aluminum oxide layer.) Hopefully it is “Hard Anodized” and the layer is especially thick on the AIO block. The stock radiator is probably not anodized on the inside (or outside?) and that is where the corrosion on the enermax TR4 coolers is coming from, in my hypothesis. I will be switching out the stock rad with an all copper rad, so corrosion from the radiator, with or without fernox, should not be a problem.

Oh, also I am going way overboard on this, but this is my hobby, and I need a spring / summer project!

The company I work for sells hydronic systems and various accessories including fernox. We have a similar display that is a couple years old now. If I can remember to, I will take a picture of the jars, which have nails, copper, solder (the kind of stuff you would expect in a hydronic system). The jars are a couple years old now. Given people use it for their boiler systems, I think using it for an AIO is probably overkill, but I see no harm in it.

If a big company like traingle tube trusts and recommends it with their boilers, Id say its probably good stuff.