just wondering if theres a Mini itx bored for socket LGA775 that supports intel Q6600 and DDR3
in the sub 60$ range?

I had this predicament a few months ago.
Best I could find was a board with DDR2 up to 8GB support.
On ebay there is one for $100 + $15 shipping with DDR3 support up to 4GB.
Not if its going to be completely worth it.
I would just suggest picking up a Athlon 5350 + motherboard along with 8GB for around the same price.
http://pcpartpicker.com/p/w3yMNG
CPU+Motherboard+8GB RAM for $110 and much less wattage than the Q6600 system.
The board also supports up to 32GB if you feel you need that much.

do you know if i could re-flash the mother bored that its already using. I wouldn't know till i get home from work but i assume its stock from HP... i know it works i just don't know serials right now

i was just trying to make it a OC / server / who knows what machine, something i can learn off of with out worrying if ill break it.

Intel's DG41AN is going to be your only option. Don't even think OEMs bothered with DDR3 on LGA775 ITX boards. It was cheaper to just use DDR2.

That said, DDR2 boards are all over the place. 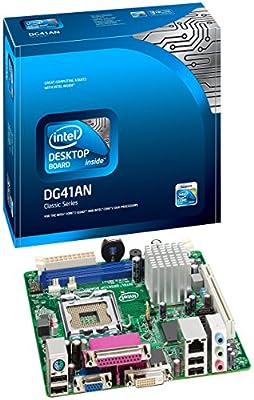 Enjoy great multitasking performance in a small form factor board with the Intel Desktop Board DG41AN. It is designed to run with the Intel Celeron & Intel Pentium processors in the LGA775 socket. Thi ...