I am looking for FPS online multiplayer recommendations to try. I've always played campaign single player exclusively because I find multiplayer repetitive and pointless, there is no progression at all. That's why I've stayed with campaign, because it continues on instead of everyone playing in a single arena with no continuation or higher objective. I need to know it's leading somewhere. It's also other little things like I prefer a clean kill over random or sporadic shooting. I'm a stalker, hunter, not run and gun.

Since I only play military first person shooter games, I have no interest in third person, or sci-fi or futuristic shooters, can anyone recommend a mutltiplayer to see if there is absolutely anything I can enjoy for online mutiplayer?

For all intense and purposes I've essentially given up on all multiplayer across the board but am willing to give it one last try.

Thats about all I got...

I would look at Insurgency. 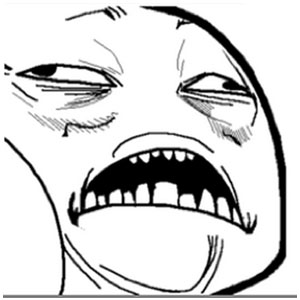 When it's not full of Steam sale noobs.

Rising Storm comes with all the Red Orchestra 2 multiplayer content. Regularly goes on sale, and it's exactly what you're looking for. I play it most days. Usually play the multiplayer campaign, which is a large to-and-fro for territories, with two opposing teams. Makes it feel like your own story unfolding.

Lots of free community made content, free DLC released by the developers. As a noob, you just need to shut up and listen to the orders given by the commander. Most maps are long sighted. It definitely suits your style of play. However, you need to coordinate with the rest of the team.

I'm afraid my FPS  games are antiques like COD, CODUO,  COD2,  BF1942, MOH , Wolfenstien & the like.  There just aren't enough quality players on the old servers anymore.  I wish there were  ... could get into some Search & Destroy or truly massive CTF games. Quite possibly the best years of my life were infighting in Foy or Kusrk & Carrentan and such.  If you find a good one ...let me know.  yeah   It's been a while ...;  Oh crap   ... now I'm depressed .....

The Arma games are good

CSGO/Source/CZ/1.6 is a bit of run and gun, unless you find a good server that values team strategy above quick twitch (or you join a competitive team).  It's also important to find a server with a good map rotation, so that the games don't get stale.  Nothing gets boring more quickly than a 24/7 de_Dust2 or 24/7 cs_Office server.

Battlefield 3/4 (or Bad Company 2 to a lesser extent) mainly use large maps (large enough that it takes vehicles a while to get from one end to the other), so you can go Recon class and stalk/snipe people/call in mortar strikes etc. at great distance rather than run and gun up close.  It's also largely about map control rather than just k/d ratio, so it adds a bit of strategy to it.  The goals are team victories, but you also accumulate points and level up unlocking different equipment and weapons etc.  So there is something of a progression even for casual players.

Granted, it's not military based, but L4D/L4D2 might also interest you...  It's a small group, so teamwork is important.  The campaign multiplayer is essentially a 4 player coop version of a single player campaign where the AI controls the infected.  So there is progression through levels and whatnot, which might appeal to you.  The Versus mode is similar, but you get to play as both survivors and the infected against another team for each level (you play the level, then swap sides and play the level again), and progress through the campaign that way.  Survival mode is just you and your 3 teammates trying to survive as long as you can against a flood of AI controlled infected.

Anyway, that's what comes to mind off the top of my head based on what you are looking for.  Good luck finding something.  An enjoyable multiplayer really extends to life of a game, as well as gives you an actual variable challenge that you just can't get from a single player campaign.

I play , and like the same style of shooters as you ; I would recommend :

These are my personal recommendations .

Thank you for the suggestions. Even though I forgot to mention it, it sounds like you guys have a clear idea that I really couldn't care less about things like Deathmatch or Team Deathmatch, Capture The Flag, that's why I've been so badly soured on the whole online multiplayer concept in general.

I've never heard of Red Orchestra, I will check further into it before I decide but it's at a decent price.

I've heard good things about Insurgency, when it was 50% off a couple weeks ago I wanted it but didn't get it. I'm currently downloading Insurgancy:Modern Infantry Combat to give that a try now I see a person has to have a Source engine-based game to play it.

I don't know about Left 4 Dead, the horror thing doesn't appeal to me, it doesn't look like something I can get into. I will download No More Room In Hell to give it a try, see how it is.

I've heard good things about the Arma series. I may try the America's Army relaunch even though it's gone a more arcade style. Where do you get DayZ StandAlone?

What is so great about CS:GO and the whole Counter-Strike series in general? Is it story? Watching videos of gameplay Counter-Strike doesn't appeal to me at all, but I've heard several sources say they pretty much dream of a Count-Strike 3. I don't see it, I don't get it. What am I missing?

Thank you for your input, it gives me some more options to see if I can finally enjoy online multiplayer or if I should never touch multiplayer again.

I was about to recommend planet side 2 until I read no futuristic shooters. The battlefield and arma series are two modern shooters that I recommend to everybody.

You aren't likely to get a good feel for L4D from No More Room In Hell.  It's a completely different style of game.  It is a bit more tactical (NMRIH that is), so you may actually enjoy it more though.  L4D is a horror game, to be sure, but it's more than that.  There's a lot of team work involved.  And though it is a bit of a run n gun, team work and strategy play more into it than most games of that type.  Especially when playing Versus (in which you get to be both the survivors and the infected while playing against another team).  It also has level progression and story as well, rather than just being played out on random maps.

As far as CS, there is no story.  There are no goals beyond the map objective (planting a bomb, rescuing hostages etc) and killing off your opponents.  It's simply a map based multiplayer game of Terrorists vs Counter Terrorists.  However, it's a game that doesn't hold your hand.  It doesn't cater to newbs in order to make them feel better about themselves.  It's a very skill heavy game.  If you get a kill, you likely earned it.  Unless you're playing against chumps... or nade spamming short A.  That's why it's so beloved.

Also while you have to buy a new COD game every year in order to keep playing it (with more than 5 other people), CS essentially just updates the graphics and makes a few tweaks once every 6 or 7 years, limiting the amount of money you have to spend to enjoy it.  Not to mention that the older versions of the game (Source, CZ, 1.6) all still enjoy sizable and stable communities as well, so you actually don't have to buy the newest version to keep playing.

It's a game that doesn't utilize artificial obsolescence in order to make it profitable.  It relies on solid game play and community freedom.  You can run your own servers, make your own maps, set your own rules etc. etc.  Thus, people tend to like it...  if you're into that type of game that is.

If you're feeling nostalgic, you might wanna shoot up Wolfenstein: Enemy Territory. It's a bullet spongy MP only shooter ( basically polished MP taken from Return to Castle Wolfenstein.

The game is fun to play and certainly very hard to master.

The community is dying, slowly, but surely however. As it's an old game, and it's hard to find a server that isn't just bots.

If you look for a multiplayer that you could enjoy, try watching ShackTacs videos by Dyslexi. This might seem more like your style.
The ArmA series doesn't seem to have been emphasized as much as I would like to (dat english doe). On a good multiplayer server you can do operations with others (really, go and watch some ShackTac videos) and if you find a nice community you can play with, you have hit the sweet spot. You can make your own operations, it has its own level editor.