Microsoft has decided to hint something that is making some people happy and some people rage.

Microsoft may support Android applications on Windows 10 / Windows 10 Mobile. this is somewhat a weird revelation. considering the thing that keeping Windows as a Mobile operating system succeed, IS the bloody app store. which is straight ass, and lacks a lot of quality applications.

There are alot of people who wish to take away Android from the grasp of Google. We see this from the likes of Samsung, and Cyanogen. If Microsoft gets on the band-wagon. this may finally make the windows platform as an OS succeed in the tablet/mobile space.

Thoughts? this is pretty insane. imagine running all your android applications on your surface pro. the amount of productivity and content consumption may be too damn high.

You can watch the Stream LIVE.

Please be true, I would love to run android apps. Especially ones for reading E-Books and such. This would just be too amazing.

Doesn't Google technically own the android market though? And wouldn't that be basically shooting themselves in the foot? This is the only confusing part for me. But if this is true then Win10 will be a MUST for me. Especially for my Venue 11.

The Stream is starting right now if you want to watch.

Just tuned in, have they spoke about it yet?

not yet. they are just talking about software development. and server use.

I wonder if @wendell is watching. Talking about doing linux things.

Probably. The Forum is on this Linux rage lately. but i know they are definitely keeping an eye on Microsoft. despite all this "I hate Microshaft" or "Fuck Microsoft" comments they constantly like to remind people with.

Yeah, he did just release a tutorial on Windows though. All is not lost! lol

yeah one video out of the 5 linux videos. which i don't mind. but the issue i have with some users on the forum, is they wish to get on Linux because Logan and Wendell keeps promoting it. as apposed to using it because it works best for them.

They just started talking about windows.

Lettings anyone else know who is curious.

Google has been playing anti competitive games with Windows Phone for years now by doing things such as this: 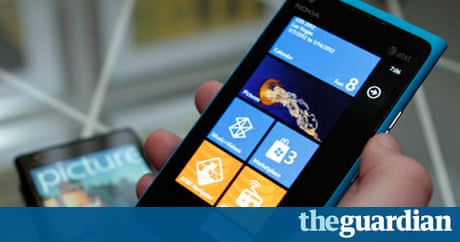 Microsoft attacks rival over HTML5 row: 'The roadblocks Google has set up are impossible to overcome, and they know it'. By Stuart Dredge

If anything this is some karma.

yeah. Microsoft has done a MASSIVE 180 degree turn. since the first time Windows 8 Launched. now what needs to happen is for Developers to get on the ball. the App-store is still a giant turd. all this Windows 10 stuff is coming to be very promising.