Microsoft Announces Its Own Linux OS

An article about the real story that led me to the joke page: 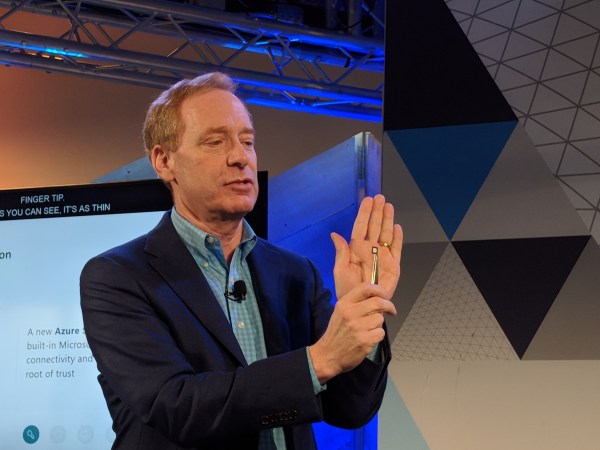 At a small press event in San Francisco, Microsoft today announced the launch of a secure end-to-end IoT product that focuses on microcontroller-based devices — the kind of devices that use tiny and relatively low-powered microcontrollers (MCUs) for...

What do you all think about what Microsoft is doing? I’m having a hard time fully getting behind their process, mainly because of their history with EEE.

Something to consider is there’s a total shift in Microsoft to cloud stuffs etc.

The people making this are as far as I understand doing exactly what they were told. Give the customers what they want. I need to find the video where they say this. It’s why powershell is open source and on Linux, why theres more and more tools from them.

I want nothing more than for Microsoft to have good intentions with all this, but it’s putting a lot of faith in a company, so for now, while I’m not going to be strongly against them, I’m definitely going to be cautious.

This is a workstation / home use desktop OS, right?

There is no reason to choose this over any other distro.
I would argue because it is an M$ product there are lots of reasons against it.

So guess what they will need?
Adobe and games?

lol There is not enough popcorn in the world for this.

They mentioned something about tailoring it to IOT, but there’s precious little information out there about it so far.

With the state of current desktop environments though, this one might be a breath of fresh air if it’s any good.

With the state of current desktop environments though, this one might be a breath of fresh air if it’s any good.

Hmm, I’m completely fine with KDE to be honest.

I guess I’ll have to give it a try. I don’t like some of the applications on the KDE side, but the desktop environment / window manager feels superior.

It should have been named ‘Microsux’

Not to be a buzz kill but this acticle was posted on April 1st 2015 and ITS FOSS is the only source I can find on Miux with everywhere else linking back to this article saying its April Fools so I’m fairly skeptical whether this is real or not.

Shit, did I get the wrong source?

Well, so much for that…

@sgtawesomesauce, my KDE does not really look like Manjaro anymore but since it is all just one theme it should be easy to get it to look like this on any distro. 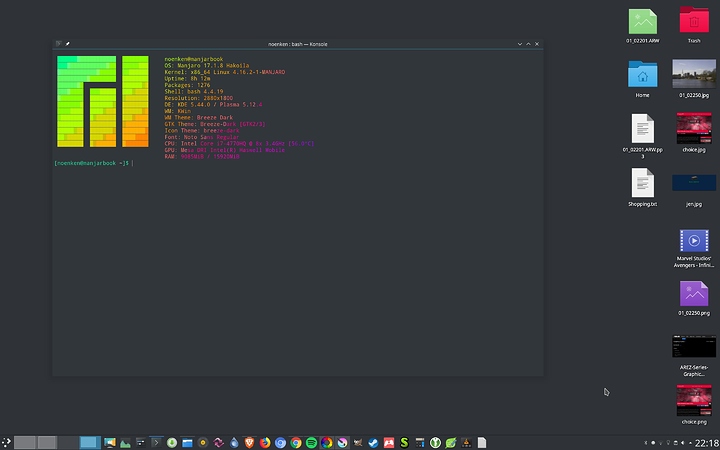 At a small press event in San Francisco, Microsoft today announced the launch of a secure end-to-end IoT product that focuses on microcontroller-based devices — the kind of devices that use tiny and relatively low-powered microcontrollers (MCUs) for...

That better? I saw the lunduke video from today, but didn’t really wanna watch or link to it because it’s lunduke.

That’s where I was getting the IoT stuff from I guess.

I shall edit the OP when I get back to my desk.

really wanna watch or link to it because it’s lunduke.

Lmao can confirm. Lunderp has gone off the deep end as of late.

As of now it doesn’t seem it’s going to be a desktop OS. Will be funny to see screenshots of garage door openers BSODing though xD

In all seriousness, good for them. Microsoft contributed to the kernel and are making attempts to play ball (regardless of what you think or feel about their effort, they’re doing it).

They did a surprising job with WSL. Maybe they will throw out their own distro. It could be the alternative to making Windows open source, which they seem to have no interest in doing.

Most companies are coming to the conclusion that the OS doesn’t matter only the platform does. The OS is a merely a funnel to said platform. It is expensive to develop and maintain your own Kernel. Linux and BSD provide a premade, cheap and easy to work with base.

Not surprised by MS doing this and curious as to where it will go.

They did a surprising job with WSL. Maybe they will throw out their own distro. It could be the alternative to making Windows open source, which they seem to have no interest in doing.

Well when you look at all the stuff they have done, i’m not sure its surprising, more like just well made stuff.

I still cant find the video were they talked about their strategy, but when you look at their goals, which are huge around the cloud stuff, its not surprising, for people to use their stuff they need to provide tools customers want. They want open tools that work on multiple platforms.

I bet the OS is basically a development platform.

If they want to push services then the applications are what we will see most of. Not unlike gapps for android.

IoT is tricky because much of the work goes into hardware drivers. MS will probably slap an api on top for easy development into their ecosystem and leave drivers up to the mfg.

Very much doubt there will be any overlap with desktop.

Yeah, it looks like it’s going to integrate well with Visual Studio, which is a good product, despite the obvious bloat of a 25GB install base.

"Embrace, extend, and extinguish", also known as "Embrace, extend, and exterminate", is a phrase that the U.S. Department of Justice found was used internally by Microsoft to describe its strategy for entering product categories involving widely used standards, extending those standards with proprietary capabilities, and then using those differences to disadvantage its competitors. The strategy and phrase "embrace and extend" were first described outside Microsoft in a 1996 New York Times artic...