Hi Tek! I recently built my brother a really low end gaming machine for chiristmas this year with an i3-3220, 8GB RAM, and a GTX 650 TI. A really moderate build but pretty cheap and perfect as his first gameable build.

After gifting it to him, it's having some issues with random crashing and freezing. The system just locks up and is unresponsive. I know the RAM I'm using is good as it's out of a build I've been dailying for years, and I've swapped out the PSU as I had an extra one lying around, and it didn't resolve the problem. I'm RMA'ing the motherboard right now as it's a Manufacturer refurbished ASUS H61M-E-R, which I've never had any issues with in the past. I'm just hoping it's not actually a processor issues as the only unit I have laying around that is compatible is actually in my system right now, and I don't really want to tear it out to just test this thing.

After I swapped the PSU I stressed the system to test it, and a really interesting thing is happening. As the stress runs, the system memory continually fills up until it his 100% and locks up. Has anyone ever seen this before?

Here's an image after the stress was maybe 10 mins in. 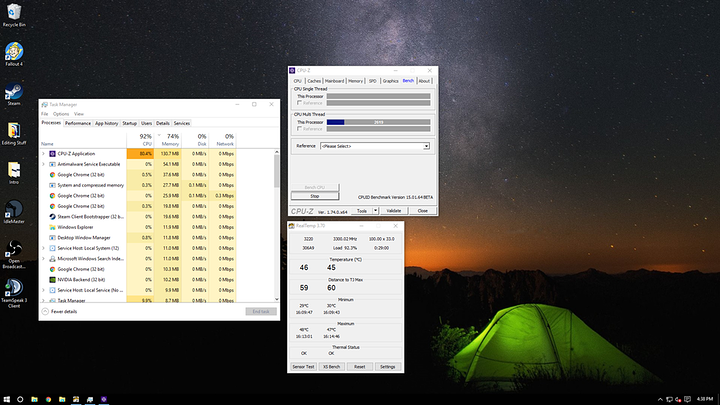 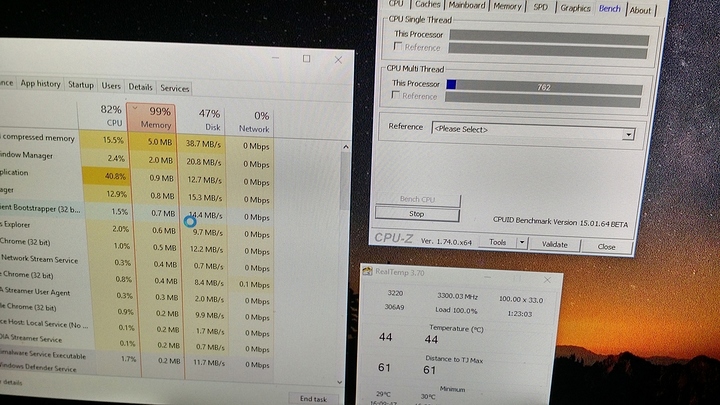 I just thought it was weird, I'll probably follow up after I get the RMA'd mobo.

Tried a fresh windows install? Might be a memory leak in some background process.
I'm probably wrong, I've not much an idea. Just taking a stab in the dark here.

Thanks for the answer man! I absolutely did, in fact one of the issue I ran into while trying to install windows was the fact that it crashed and I had to start over. So I don't think that's the issue at the moment.

Fortunately I got newegg to play ball, since it's technically outside of the return policy, I'll get it swapped out and hopefully it'll fix it. I'll follow up if it does in case anyone in the future runs into this.

Try one stick of RAM at a time, maybe consider RMAing the motherboard

Did try that one too, thanks for the suggestion though. The mobo is being replace right now.

Also try installing linux on it, or just doing a live USB and doing some benchmarks there, maybe also try memtest

Well the board is already on the way back, if I receive the new one and am still having trouble I will certainly try that.

You could always throw the RAM into your current system or something to test it.

The RAM is actually from my system. What I did was upgrade to 16GB, and give him the 8GB I was running before. I was running that RAM for maybe a year and a half with no problems so it should be good.

Did you try formatting everything and starting over or did you just reinstall?

If you’ve made the jump and updated to Windows 10, you might have noticed something strange: the System process sometimes takes up an insane amount of RAM, possibly over 1GB. That’s actually not a bug, it’s a feature of Windows 10. Here’s how it works...

I would guess you have a memory leaky program. Looks like cpuz

Lol, well I'm not running cpu-z all the time whenever it crashes randomly.