Over the past few years, I have accumulated more and more PCs around my house. A gaming PC. A small server for home assistant. A NAS. A 1L small Linux workstation (I mean, who wants to use windows all the time? yuck).

Most of this stuff is pretty old. My gaming PC in particular is SUUUPER old and starting to fall over in games because the CPU (Xeon 2697 v3) is crap (I have a 6800xt GPU so that should be fine for most stuff).

So, I’m thinking about building a new PC. The newest AMD hardware is all just really good. The more I think about it, the more I kind of would like to just consolidate as much of this stuff as I can into one machine. So, I came here to get some feedback about if this is feasible.

The idea would be to have one machine to rule them all - a Proxmox system which can run a Windows gaming VM, a TrueNAS VM, a Linux desktop VM, a Linux server VM, all in one.

I will also want at least 128GB of RAM, which I have heard doesn’t work so well on Ryzen parts - 2 DIMMs per channel seems to make the memory a lot slower. Not sure how that stacks up against TRP/Epyc though which are probably slower anyway (not taking into consideration the DDR4/5 differences).

Anyway, does this seem stupid? Should I just wait for the X3D Ryzen 7, upgrade my gaming PC and leave well enough alone?

While this is certainly possible and can have advantages, at least in the case of a NAS, one of the big reliability advantages is that it’s not tied into the same hardware. If your desktop power supply were to short and explode, as unlikely as that is, the NAS would be likely unaffected in a normal separated configuration. Harddrives also don’t need to obstruct any airflow or take physical space away from ventilation or performance components. If you need to restart your desktop for a bios configuration change or some such, this doesn’t disrupt the availability of your files.

I think the idea of consolidated compute and multipurpose machines is fascinating, and a technology worth developing and embracing, but I think it would make more sense to merge your home assist and NAS, or your linux workstation and windows gaming PC, rather than trying to do everything at once. Think about how compatible use cases are, and start small.
A NAS and home assistant both require high availability, looking towards 24/356 uptime and reliability over performance, right? So, both of these use cases have a lot of overlap and can share resources effectively.
A workstation and a gaming PC have a lot in common as well. Performance is more important than 24/365 reliability, and while you might be fighting over budget, power, or cooling in theory, the reality is you won’t be gaming and working at the same time anyway, so it really boils down to budget and connectivity, both of which will be easier building a machine to do both than two separate machines in most cases.

It’s great to consolidate compute resources for a lot of reasons. It’s less computers to manage, lower power bills, and less excess heat in the summer. Worth looking into. But, make sure the use cases are compatible, rather than trying to force everything into one box, imho.

While this is certainly possible and can have advantages, at least in the case of a NAS, one of the big reliability advantages is that it’s not tied into the same hardware.

This. I think you should consolidate to three PCs; One NAS, one Linux PC and one router machine. This is because you want your two 24/7 machines to draw as little power as possible, and you do want the physical separation of your router and NAS box to make it harder to get PWNd.

As for the rest… What are your needs? Most Linux lab servers only require virtual network and a single core/thread, these days - that makes the Ryzen 7950X quite interesting, and could very well be what you want. This would allow you to save a bit on your budget as opposed to a threadripper or EPYC. Then again, AM5 is limited in number of PCIe lanes and while a bit weak on the VFIO side, it could still be enough for your needs. A good 7950X system, even though the boards are at a premium right now, should land you around $2000 while Threadripper starts at $3000 and can easily reach $5000.

We are also at the point where NVMe NAS are starting to become a viable option for home use. Since 2TB is now $120 an 8TB NAS could definitely be a thing. Using something like the Velka 3 + x16 PCIe expansion card, I could see you have a powerful NAS server in a 4L enclosure sipping max 150W of power including drives. E.g. something like this: 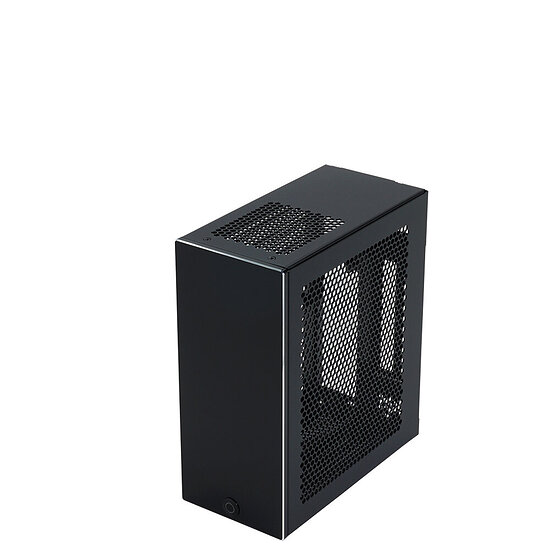 In stock and shipping. Please note that there is a 5% fee to cancel any order. The Velka 3 is the smallest case with ITX length graphics card and internal power supply support at a volume of just 3.9 L. This case is ideal for those who want the... 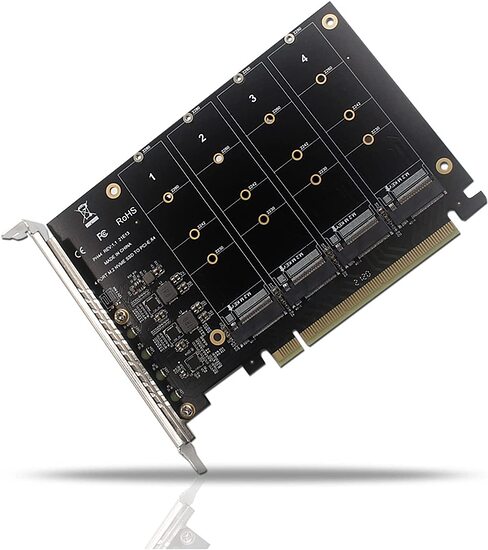 Not too shabby for 8 TB and would prep you for the future - but I understand if it’s too out there for now. Still waiting for 4TB to creep below $250, and it is inevitable that we will reach 32 TB per NVME within five years. Even at current nodes, 3D stacking will guarantee that it happens, and future nodes might push that to 32 TB / chip for a whopping 128 TB per SSD.

I think that your current hardware is probably still totally fine for a nas.
Although it´s probably not the most power efficient system in that regards.
But i would also advice to keep the NAS as a separate system.
And just build a workstation that suits your needs in regards to gaming and work.

I think that a main stream workstation with a Ryzen 7900X / 7950X.
would suite most of your needs in regards to gaming and a couple of vm´s.
Another option could also be 13700K or 13900K intel system in that regards.
However the E cores on the intel parts are of course not as powerful as,
the full cores on like the AMD 7950X.
However it highly depends on your workloads if that would truly be a negative factor.

Threadripper pro could be an option if you truly need allot of pcie lanes.
However TR is pretty expensive and might be a bit overkill for just,
a linux vm and a bit of gaming.

I would wait for the X3D, hopefully that means the mem controller will be more mature and can handle 128GB of ram faster than 4200Mhz

speaking of 4200Mhz that’s why you would want a X3D, with the huge Cache having increased hit rate, slow ram will matter less

Yeah kinda curious ¨IF¨ AMD also comes with 12 and 16 core parts with X3D.

Do everything pcs are always a compromise.

As above I’d split off the nas and router.

Essentially you want your infrastructure stuff to be low power, resilient, etc but the gaming box will need to be regularly updated and maybe run less well tested software and need reboots more often.

Unless you want all your stuff to go down when your gaming pc does, stuffing it all in the same box is a bad idea.

Just on dual rank memory config: slower clocks? Yes. Much slower in reality? Nope. I get competitive benchmark scores in 3d mark for my platform with dual rank config. I beat plenty of single rank machines and my memory tuning amounts to “load XMP profile and reduce clock until stable”. Because I’m lazy and it works well anyway. None of my machines have ryzen QVL memory kits in them.

Unless you want all your stuff to go down when your gaming pc does, stuffing it all in the same box is a bad idea.

This. I think you should consolidate to three PCs; One NAS, one Linux PC and one router machine

they mix better than everything in the same box.