Rather than necro a thread that’s been dead for a while, here’s a new one.
So what is this thread? A place to discuss mechanical keyboards you have, what you like about different kinds of mech keyboards, and so forth.
Beyond the normal forum rules, i have one to add:
As this thread is about largely preference based opinions and prefernces, try not to get in fights is all that I would ask.

With that out of the way my collection of sorts so far is this:
My cheap, nice little Redgragon with Gateron Blues. Great for gaming, only minor issue i have is the caps lock is easy to accidentally press lol. Also has red LEDs which can be useful. Is also incredibly loud, and about 5g heavier than MX blues are on the switch actuation. 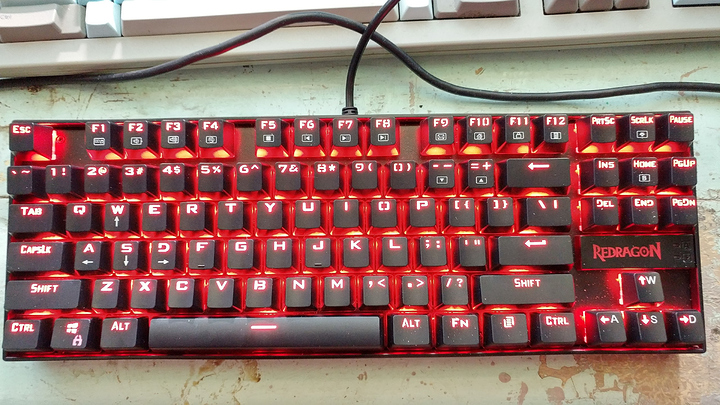 Old School WYSE PC-Enhanced with MX Blacks:
Really nice switches, the original MX blacks from the early 90s.Had to mod it with a Teensy to get it to work on USB but is still quite nice. 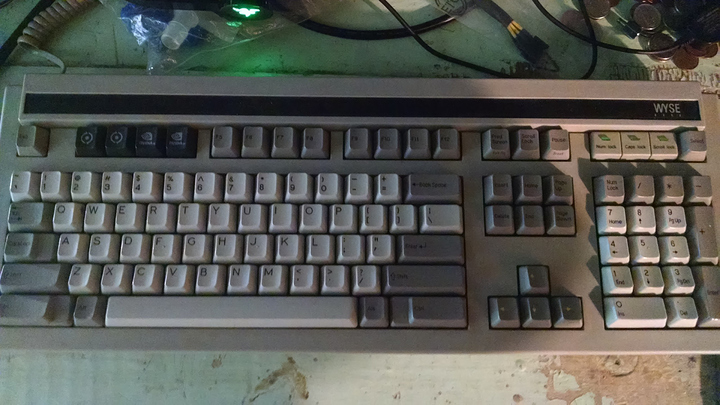 Later added custom keycaps (minus the ones that didnt fit) 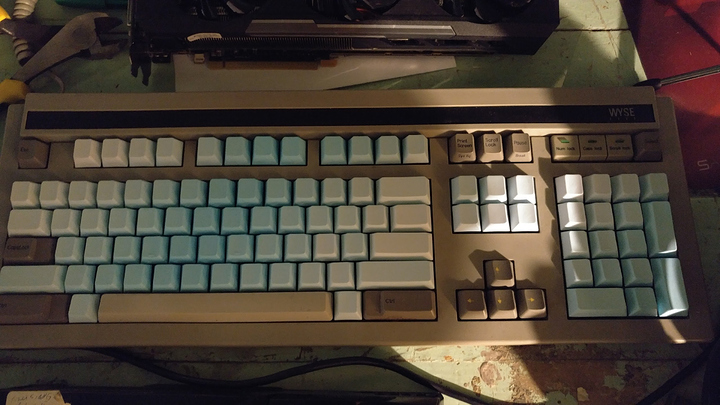 Last (for now) is the IBM PC 5150 Model F:
epic switches+keyboard, the thing weighs 10 lbs or so lol. Just got the adpater to use it as a daily, that will be here at some point. 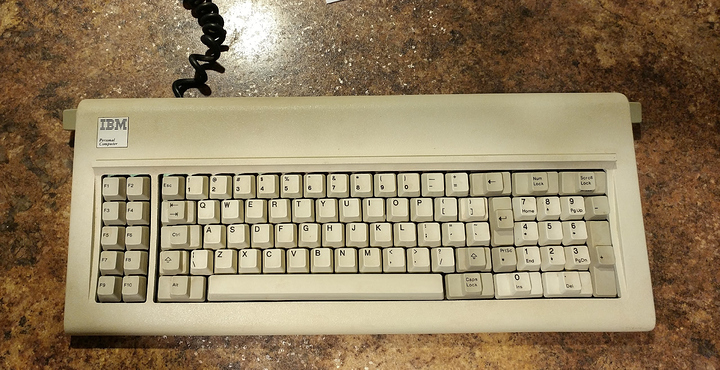 So what mechanical keyboards do you have? What switches do you like, not like, etc.? Have any cool project, or anything else, if so link/talk about them

iirc @Zibob has some interesting stuff.
and yes the name is similar to @anon43920604’s gun corner because it makes sense as a name

Sorry for the oil stained garage floor... might have to take a more flattering shot. 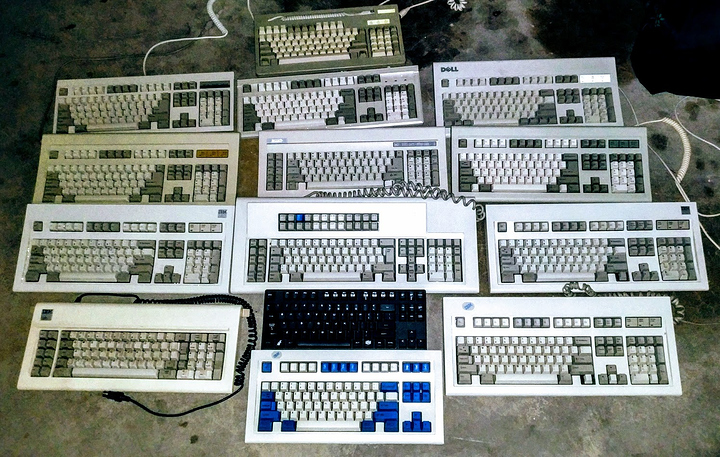 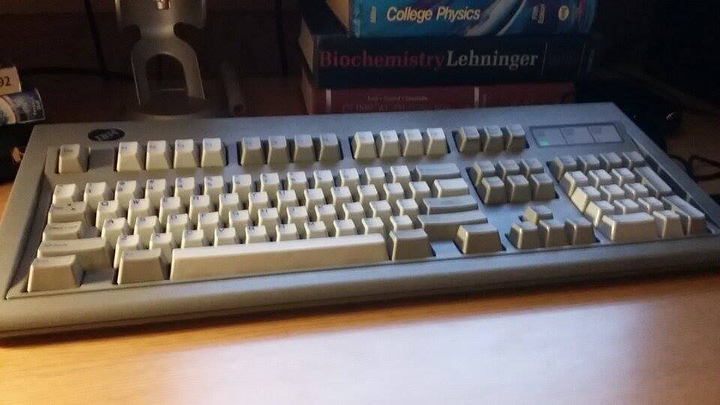 I have used the buckling spring IBMs before and they have a nice feel. Have not used for a long time now so might try to find one.

Now have two mechanical 60% boards one with cherry mx blues, Poker II and also a Magicforce with clone reds.

Also have other Rubber domes types and I like them all, It's nice to have a change around now and then.

One of the nicest feeling boards I did not own but had the use of was a board bundled with a "Gateway" PC late 1990s vintage, not sure of the switch type could be rubber dome but had a soft progresive feel then softly snapped down, hard to describe but I liked that a lot at the time, could not get one at the time though for myself.

Ooohhhh good timing. I just bought a pack on lolipop sticks for my ghetto Planck.

I will post my boards (3) soon. One of which I am still not finished fully, been using it daily for the past for months, I need to swap some LEDs out and see if I can actually like the way the like. I am not so fond of them but this was the all out keeb so it got them and SIP sockets for hot swapping the LEDs. I had the colours in the wrong place because I though it would look better, it did not, so now I need to swap the colours to each others switches. Been collecting a cache of pics and descriptions for a full post but just got bummed out and have not bothered to post it.

New project at some stage, ghetto Planck, but I need some more parts and that shipping is what kills my motivation. Takes months just to gets the basics.

Cool place though. I will make use of this.

EDIT: I will get a better picture eventually: 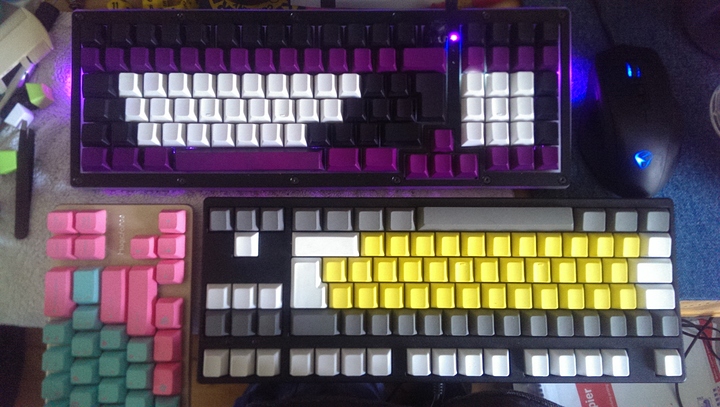 Also @Zibob and those who like customizing mechanical keyboards and so forth, this eBay seller based in Taiwan has everything Massdrop has ever sold and then some.
http://www.ebay.com/usr/sennin32?_trksid=p2047675.l2559

Examples of random stuff from them:

I could go on, but i think you get the point. IS a candy shop for anyone who wants to build or customize their own keyboard and doesnt want to break the bank doing so

Also
I ordered a … i think its technically 65% or something low profile Cherry MX keyboard recently, waiting for it to arrive. Will see how I like it. Is one of these:
(Ded link will update in a bit)

It has Cherry ML switches.

I am liking that Ebay store, some interesting stuff in there. 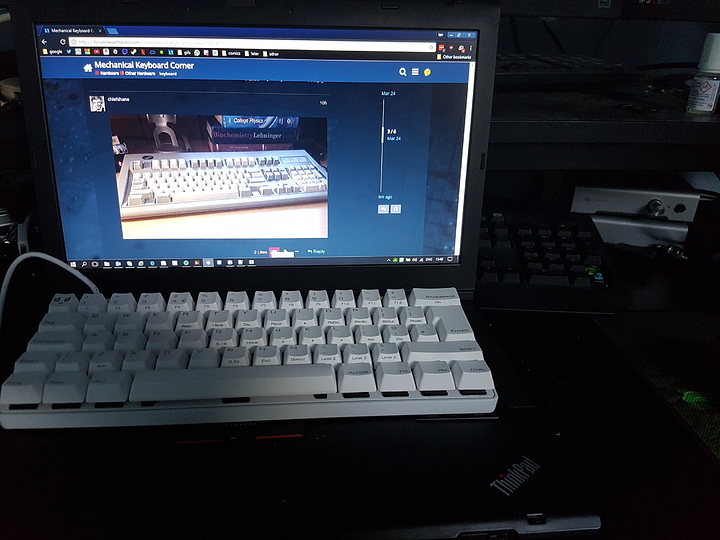 When it comes to switches, I have but one word for you - Alps.

I built a very nice, custom Zealio board, but honestly, I'd even prefer to use Matias switches, so long as they are tactile and clicky. ; )

My currant favorite board is a home built 60%, based on a Hasu PCB.

BTW - A Clueboard is a VERY nice project and not too terribly expensive, if anyone is interested in sticking their toe in the water.

They REQUIRE a kernel patch/upgrade to use and I still had to add in a quirk to grub for the bastard to reliably work at login. My win7 work laptop even has trouble recognizing the damn thing.

I bought a Das keyboard pro 4 but exchanged it for another K70 because I couldn't justify the greater price for less features and equivalent build quality. The Das Keyboard was a infinitely better as far as compatibility goes.

Also I have a gripe about the k70 having some oddball keycap sizes (space, super, ctrl, alt, menu). WTF use a standard. 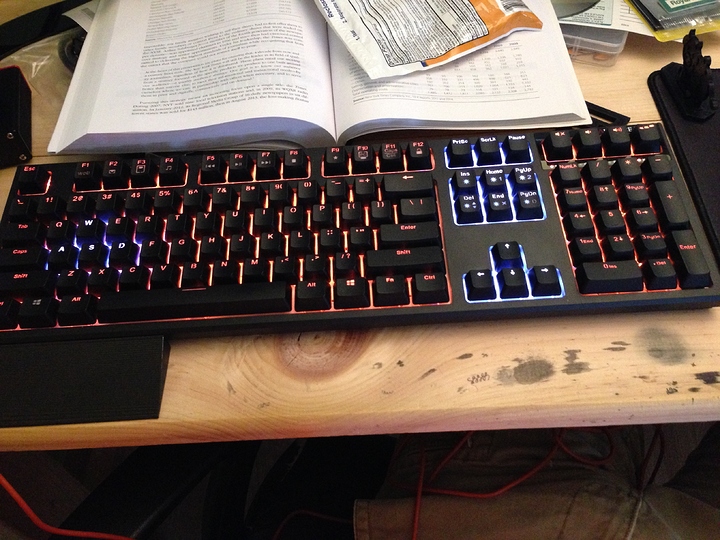 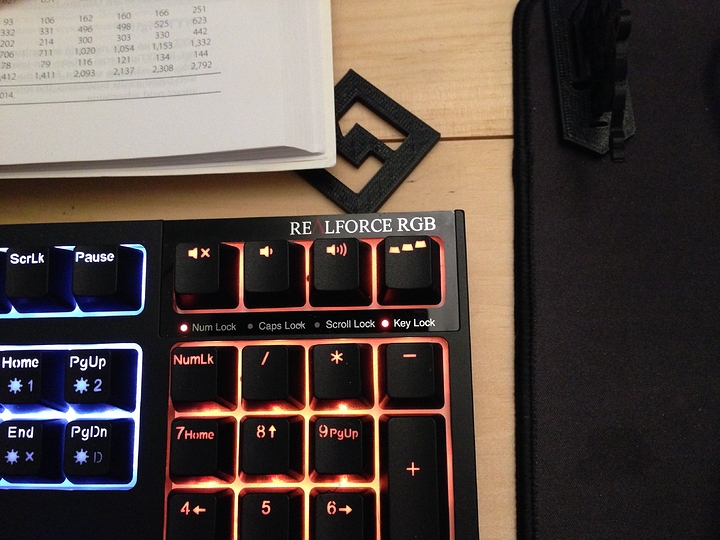 I need my clears man twitch

Also waiting patiently for this: https://wooting.nl/ Been following the dev blogs and it looks like they are very close to shipping it out. Also love the fact that the devs are doing QC on each switch.

Analog keyboards... what more can I say. 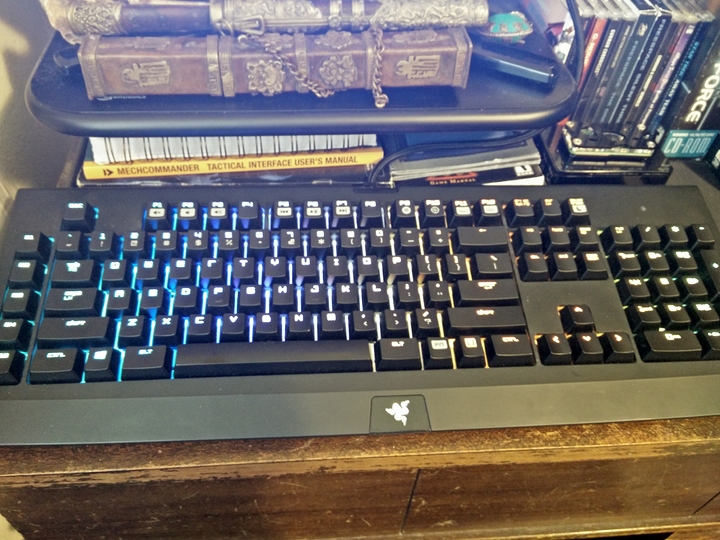 Like the build quality, have been using for a year now, the software is easy to use (I use it offline for the most part these days, so idk how the updates are)

The overwatch integration when I was playing it was awesome, gimmicky to be sure but fun.

Got it on sale, I don't know if I would pay full price for one, but the switches are great and if you can get it around 30 to 40% off I would say its a good buy.

explain?
I've never seen anything overwatch related, although mine isnt an rgb one

Yeah Ingot on of those for a hundred flat. Needed to get off of membrane, arthritis driving me nuts.

Its pretty cool, on launching it changes the color to yellow, then each hero has its own color scheme. It changes when you abilities are on cool down and ripples when you ult is ready.

Works with non RGB? No

I paid just shy of that I think, I dont recall, think it was like 90 or so. Maybe 100, still a good price I would say personally

off of membrane, arthritis driving me nuts.

Why I was using on my laptop, all my schoolwork was on it. Seemed to help.

I'm not currently at home, but my keyboard is the 87-key Code with Cherry MX Clear switches. 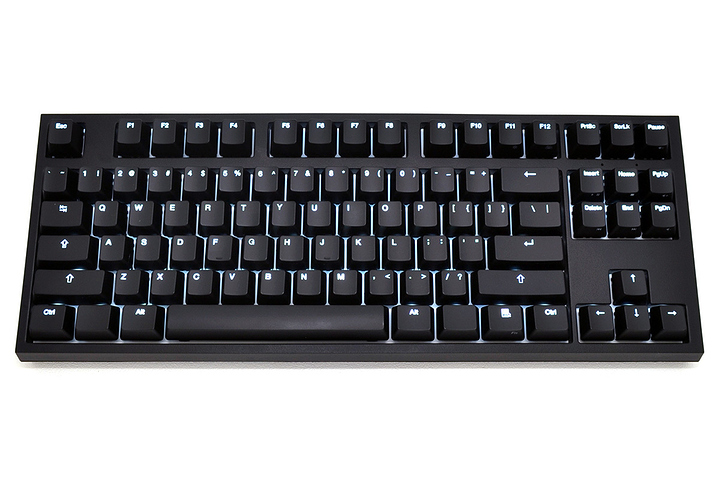 I have one I use at work. One of the LED's lost blue but I bought some from someone on ebay and fixed it myself. Still prefer my k70 to it though, which is why its relegated to work...plus macros are super useful for CAD.

this is pretty neat too.

Sorry for not having a picture, but I'm currently using a WASD Code 104-Key model with Cherry MX Blue switches. Maybe I'll show it off once I finish the new build I've been working on.