Mac OS9 is still alive, as are all the others. Interesting Ars Article

"In our modern world of planned obsolescence and yearly OS releases, it's easy to just go with the flow. Many users upgrade because everybody else is doing it or simply because Apple and Microsoft told them to. But perhaps we can take a lesson from the determination of these classic Mac OS holdouts—to not jump onto the shiny new thing so quickly and to think about whether we really stand to benefit from an upgrade. If security is being accounted for somehow, someway, how many of the bells and whistles announced with every software or hardware refresh do you end up using or liking? Do they make your life easier? Or just slightly different?"

An OS 9 odyssey: Why these Mac users won’t abandon ...

Why? Nostalgia, specific software or hardware, creativity through limitation.

I had to share this article because of the BS we're all taking from M$ and arguably intel. That quote made me think about all the stuff that I'm doing right now with Windows 2000 and how much I actually do like the system. Why I like older OS's like XP and back, love linux for its Unix environment, OSX and BSD for those same reasons in a work environment... I never really think about other people doing this shit for daily drivers. Sometimes it feels like I'm the only one!

Slackware? it is based around that philosophy :p

I totally get your love for the old OS's... but my period for intense hate for Microsoft was back in the 90's after the death of the Amiga etc. Now I just recognise them as another corporate that puts profit and shareholders above almost everything else - anything altrusistic is simply done as a way to grow mindshare or to soften people up for what's coming, most of the other big players are the same to a lesser or greater degree.

I prefer to keep modern OS's for my daily drivers, my favourites at the FreeBSD off-shoots, allthough I don't have any installed as a main OS at the moment. The guys that keep the old OS's going are the true enthusiasts though, kudos to them for having the commitment to stick with it. I guess its a bit like blokes of my dad's generation keeping old steam trains running, they see beauty or practicality and purposefulness where others see just a curiosity from another age...

Yeah I love slack too :P For main systems that I do streaming and video editing on I'll use windows 7 or 8 and the newest OSX I can, but for doing whatnot and whatever?... Meh. I'd rather have a stable, running, fast system over throwing bigger hardware at buggy piles of shit, which is the OS mantra anymore outside of (most) linux distros and BSD's.

I'm putting Freebsd... Iirc 3.3 on my Pentium ii laptop
Cuz it can't run more than that and it still works so

You could run windows 2000 no problem. Or AROS.

It's already got Win200 lol. I want something marginally newer and i havent played with Unix (well BSD) in a while so

Yeah but you can install NT6 to 2000 and have a system on par to Vista or early 7. Compatibility wise.
I have been dug into this shit for a few weeks XD

i give zero fucks
also this system has a 4.5 gb hdd
... i may grab an old ide laptop ssd for it that is 16gb just because
i would look into slackware but mehhhhhhhh
i dont fancy building the things i want in
i mean... i could probably get the latest version running on the old laptop lol.... by only adding gnome or perhaps just one of the lightweight DEs
freebsd 3.3 is from 2004 and tbh there isnt a massive difference between new and old freebsd beyond security and some feature additions

Grab an old linux then o.o 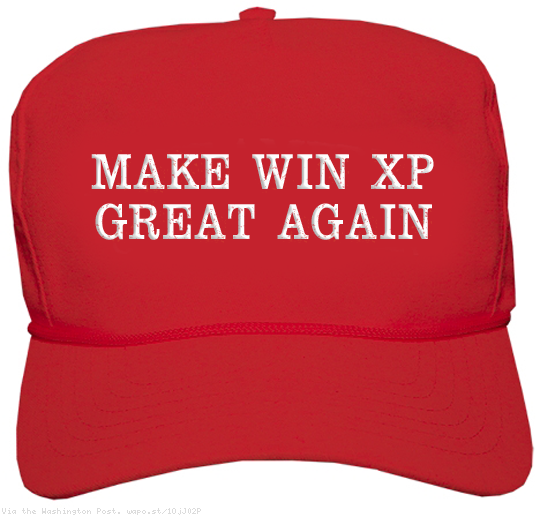