I have X570 Aorus Pro and 970 Samsung Evo. I tried install that to the second slot as first one is occupied. But apparently the GPU that is sitting above it is making it very hot.

As I would like more fast storage, I am thinking about M.2 PCIE adapter.

The slot just below the GPU is X8, the tiny slot below that one says PCIEX1_2 and the one under it is X4, which would have most distance to the GPU.

This one for example has a fan in it which I would like. 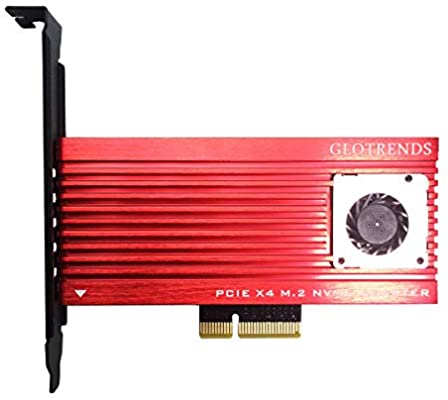 Would I leave performance on table if I install that one to X4 which has most clearance to the hot GPU?

The m.2 is also X4 native so it should not restrict anything and that adaptor is only for one SSD so it should pass right through.

Just make sure the motherboard does not disable the X4 slot under certain circumstances.

But apparently the GPU that is sitting above it is making it very hot.

Define “very hot”. Is your Io disk Io throttling due to overheating? It takes a lot of heat soak to materially impact performance so check benchmarks before spending too much.