Looking for a good ZFS tutorial

I’m looking for a good ZFS tutorial that will help me learn and understand it. Everything I seem to find seems to either give direct instructions with no background as to really what or why you are doing this thing. Or goes in the complete opposite direction and is explaining what’s happening internally in so much detail it’s almost as if they’re trying to tell me how to write the code for it. I’d like to learn how to use it properly. I have a proxmox server that is utilizing it (configed from gui) and I believe that I have other projects that could benefit from it as well. I personally run Manjaro so something centered in that would be great but I’ve used Ubuntu and other variants over the years so should be able to translate between distros if I need to.

It’s old but I still reference this guide for information on ZFS:

The table of contents is very helpful in getting to the feature you want to know about.

https://www.kobo.com/us/en/ebook/freebsd-mastery-zfs
Which is probably on Amazon and stuff is really handy, with platform agnostic stuff.
You just gotta remember OpenZFS is multi platform, and illumos/BSD have been refining it longer than Linux, so don’t let the BSD put you off too much

The only Issue I had was Linux by default needs root to run some ZFS commands, but ZFS itself does not require it, and in fact, ZFS has delegated permissions that we miss out on because of it.

There are a bunch of talks on YouTube, which seem either the same overview, or really technical

I’m prefectly open to a book. Just hadn’t gone looking in that direction yet

. I just usually find it easier to look at a website on the same screen that I’m using to do my configs. Gotta love a 55" broken into quadrants. I’ll check into both of those.

You might want to check out a couple videos that were posted by Allan Jude that’s on the 2.5 Admins show which is available on YouTube. Here’s a link to their latest show: 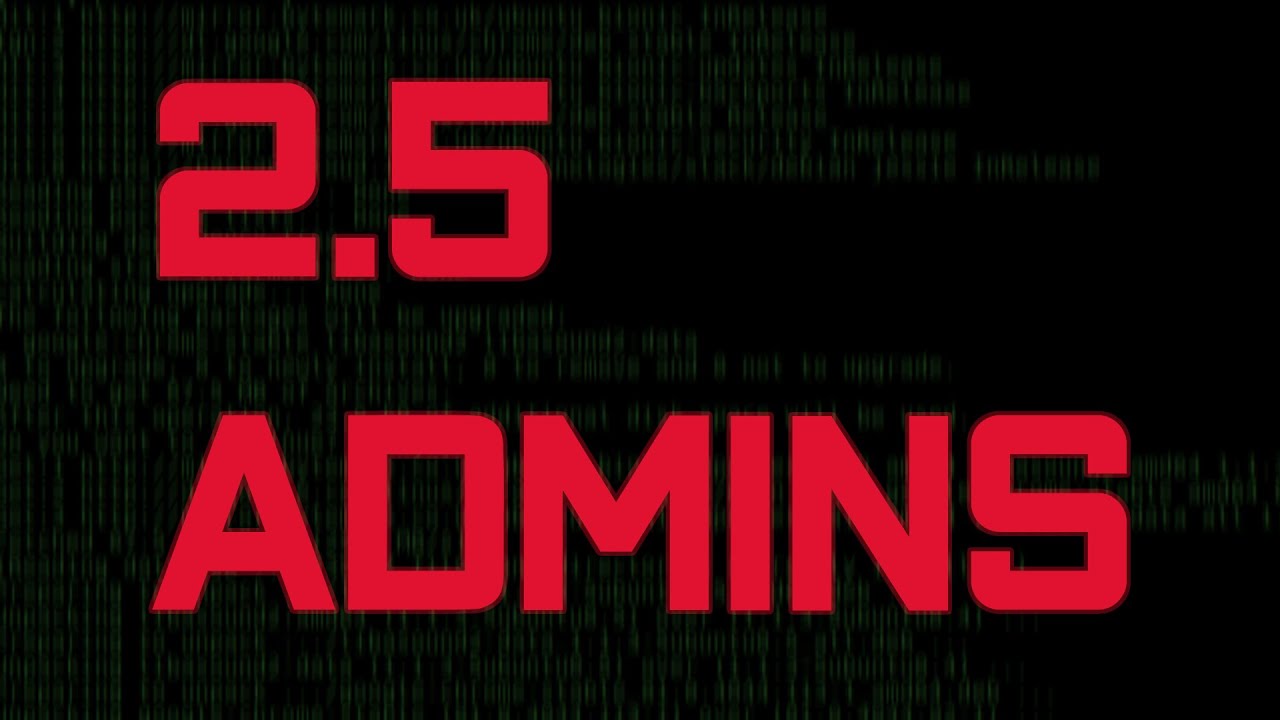 I would say the other admin has a great blog at JRS-s.net but it’s not the easiest to navigate, or to go back and find earlier posts on the subject

Another option that wasn’t mentioned was diving in and learning hands on.

You can use sparse files instead of block devices, and create and mount a zpool on top.

If you have a concrete “can it do X” question, just ask.

I’m actually trying to do that, just looking for some good info to start from. I’ve got a VM created just for it and I’ve already messed it up to the point of fall back to snapshot a few times. Just the challenges of learning from scratch.

Oh, and as an overview, there were a couple of vids on the level1linux channel about butter and zed.
But they are probably just points that originally got you into thing to begin with.

This video is the first in the storage series for managing storage in the enterprise. This first video we talk about RAID, and the current state of the art for the "next generation" of RAID type devices. What RAID really means in terms of data...

Yeah, it was a couple of Wendell’s videos that led me to discovering both of those. I’ve used LVMs and a variety of filesystems depending on the OS for ages but ZFS even with it’s overheads seems a much better solution to most of what I’ve dealt with in the past. Time to approach it like a complete newb and not make any assumptions as I go. Playing in a lab before implementing real world.

To be fair, I’m only a home gamer, having played with a few dozen hard drives.
I find that if I use no more than a half (preferably third) of my drives in any one pool, then I can move the whole lot elsewhere when I rebuild the pool. If I made a basic error in one setup and did not have the space to offload it… I probably would not have stuck with it.

Early on I was playing with deep mirrors, as I did not trust the cheap rust I was slinging around, but so far

have not had many HDD failures, and normal mirrors, for hot pool, and raid for backup machine, has been fine for me.

The same for flash, mirrors have been fine, raidz was less performant, but allowed more space. Went back to mirrors for the slightly better balance of speed vs capacity.

But mostly just set up a pool, ram it for a while, changed dataset properties to see how they actually worked, then copied the data to a new pool with different settings, and played with that.

Some people use sparse files, and I presume benchmarks, but I’m solo, so don’t benefit from some of the tweaks designed for maximum iops for multiple users…

I can confirm both of these are good resources that helped me to get into ZFS.

I cannot thank you enough for posting that link! It is by far the most organized and helpful zfs guide ive seen so far.

The best introductory resource I found was a YouTube video by Linda Kately: 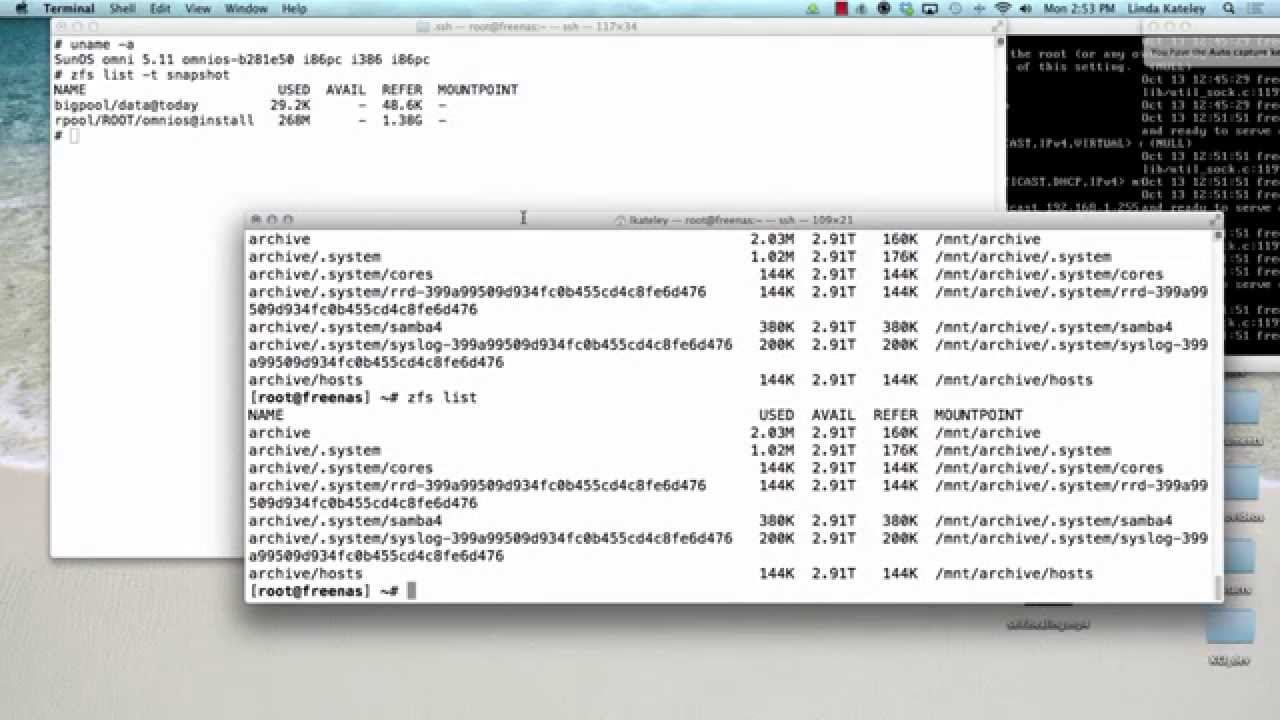 It has a nice relaxed pace, and provides just the right amount of depth.

I’ve tried to listen to that like 4 times, and just can’t make it though…

Watching it again, it’s really wordy, but followable. my mind is changed…

The lady split it into smaller pieces, might be better to link the first one in the series?

For a brief overview, I like the Raid Obsolete video’s, which give the gist of the idea behind zfs. light on details though.

Best teacher was to Do, while reading…