Logan, Do you have any problem with Oneplus One touch screen?

I was considering buying Oneplus One recently and I found that there is a recent touch screen issues. I was digging around in Oneplus Forum and Oneplus says that it is software issues. Then, I found this video which clearly shows that it is hardware issue. https://www.youtube.com/watch?v=iPm4cdqHQFY

(However, updating firmware might be able to fix it by changing the sensitivity of the touchscreen to compensate grounding problem, I guess)

What is your experience? Have you used it in hot temperature recently?

Might just be a case to case issue. All phones will have their flaws. No single device is absolutely perfect. Worse case you would have to RMA. There is times whrn y touch screen was not working in a a particular area but restarting the phone fixes it.

This is interesting. I'm in the market for a new cell phone, and have somewhat decided on the Oneplus One, as it's within budget, but the purchase won't be for a while.

I think it's very reasonable to assume that the build quality of the OPO can't match that of higher priced phones like the Nexus 6, which I'm also considering. I'm into hacking, so the ability to run Kali Nethunter is a deciding factor for me, and Nexus devices and OPO are officially supported by Offensive Security, so my choice is coming down to those.

I recently came across something that gave me some concern. I watched this teardown review video here

And there were a couple spots on the motherboard that concerned me, which I have circled in red in the picture below. 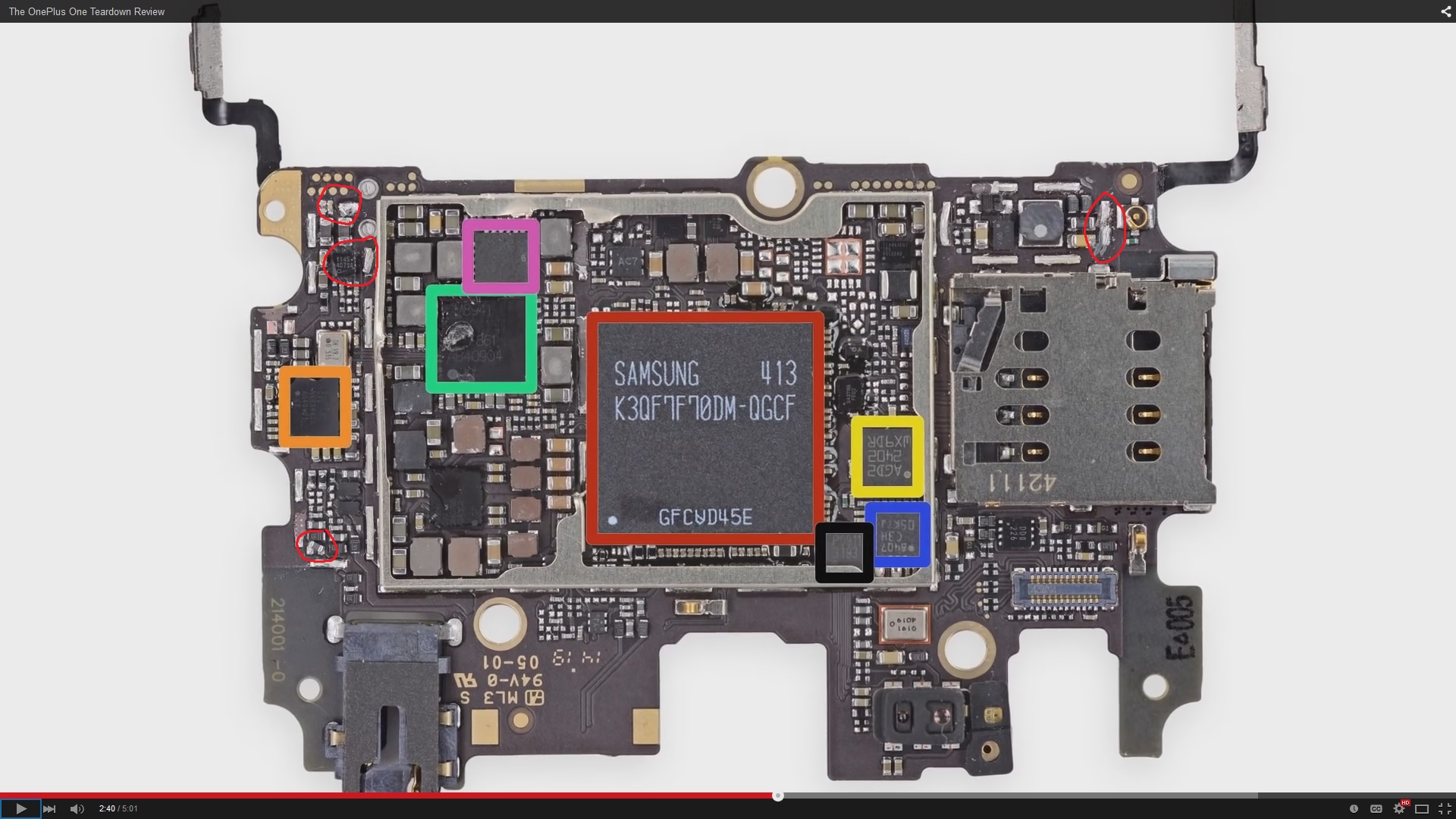 Now, I'm not an expert in electronics by any means. But I've done a decent amount of soldering, though not on surface mount boards. I've built some electric guitar effects pedals, and have learned a bit about how solder work should look. The areas circled just don't look clean, and in the area at the bottom left, there's a surface mounted component, which I believe is a resistor, which actually appears to be off its trace pads.

To be fair, I haven't yet looked into teardown vids of Nexus devices, as I've been busy, and which I need to do. And again, I'm not an electronics expert, and I've never worked on surface mounted electronics, but to me as a hobbyist who has built several guitar effects pedals, these circled areas just don't look clean to me, and I'm almost positive that's a resistor that has one side off the pad. If not entirely, almost entirely.