Samsung has released a beta version of ‘Linux on DeX’.

Thanks to Exagear software I am able to run x86 software on my Samsung Galaxy Note 9 though Linux on DeX.
Technically there is the option to run a crappy version of Exagear on Android, but it is much more effective and has far greater software compatability when run in Linux on DeX (firstly because it can run x86 Linux apps when run in LoD, unlike the Android version of Exagear).

At the moment, the Exagear software requires you to fake hardware ID’s to activate the software, meaning that theoretically, one person could activate it and share it for free on the web… :\

This means that I can install steam and other software on my phone, so when someone asks the innevitable ‘But can it run Crysis??’ Now I can respond with, yes my phone can!

The performance is great so far, many apps are running faster than they do on the Raspberry Pi 3.

Do you use Linux on DeX?
If so what is your experience like so far?
Also even if not, is this something that you could see being useful for you?

My device is the Samsung Galaxy Note 9 with 8GB of RAM and 512GB of internal storage model.

Which Exagear version did you use? I would like to see your installation procedure on the Note 9. I’m hoping that Exagear might work to run a full Android Studio install. I’ve successfully recompiled and run Android Studio on the Note 9 using Linux on Dex, but have not yet managed to rebuild Google’s SDK tools for ARM (aapt2, aidl, zipalign, etc…) I have the 512GB Note 9 also.

Exagear desktop for the Raspberry pi 3

I am more curious to see if someone can get QEMU user mode emulation working on DEX.

so when someone asks the innevitable ‘But can it run Crysis??’ Now I can respond with, yes my phone can!

I heard that DEX doesn’t have any graphics acceleration currently.

Edit: I should clarify that I meant Linux on Dex

DeX does have GPU acceleration but Linux on DeX doesn’t yet. According to the developers of LoD at Samsung Developer Conference, GPU accelleration is something that they’re working on, but they want to ensure that they do it in a secure way, hence we don’t have GPU acceleration in LoD just yet.
And to be fair, LoD is technically still in beta, so this is kinda expected at the moment.

DeX does have GPU acceleration but Linux on DeX doesn’t yet.

Yeah… I meant to refer to Linux on Dex, not Dex itself.

That is good to hear! I hope they can provide desktop OpenGL and Vulkan support. This machine could become the ultimate developer machine to prototype on.

I recently ran this webgl demo on a 7th gen Core i5 windows laptop and in multiple browsers on DeX and it ran at an average of 20 fps higher on the Note 9 than on Intels 2016 hardware
https://webglsamples.org/aquarium/aquarium.html

There is no longer a logical reason to pay around $1000 for a phone and another $1500 for a similar performance laptop.
Instead of the total $2500, just buy the best specced phone and a high quality LapDock for around $200 and you can get a superior experience for around $1300 less!

I will do this when the phone has an rx580 equivelant for the desktop and there are laptop frames as well as desktop. Oh my god would I be the erect with that one.

Tbh I’m jelly about it. I have a moto Z3 play and could do the lame thing with vm software and a dock I’d make for pcie access on the phone but… I have to make my own dex at that… Point…

Should I make moto mods for a motorolla z series phone to accelerate a vm? They have the patential. Really any of them do. I already he a moto mod design for a battery / headphone jack +DAC…

This begins to raise the point that maybe future handsets need thunderbolt 3 support and support for external GPU’s.

Of course I’m not implying that you’re going to carry your GPU every where your phone goes.
But when you are at home and you want to play higher than current gen console quality graphics games then having the external GPU could help.

Though to be fair I can play with four bluetooth Xbox One controllers connected to my phone with graphics quality comparable if not greater than the PS3 in Real Racing 3 for Android at 2k resolution on my monitor and I also force on the 2xAA option in the developer settings giving me a console experience often greater than the PS3 (partly thanks to the Anti Aliasing) and more portable too!

Sorry for the double post, but I feel that this news deserves a post of its own!

With the upcoming Android Q release it has been reported that graphics drivers will be interchangeable.
So theoretically, dedicated external GPU’s may actually be possible on Android sooner than I thought!

I am using LinuxOn Dex instead of my dead laptop. I am trying to run x86 programs on it for my studies. Doing so will save money fora new laptop.

Would you be able to share a copy of Exagear Desktop ? Since the company closed, there seems no copy of the software online. I am still searching so if you know a link, that will help too.

I really appreciate your reply, as it would help me in several ways.

Since it has been brought back will leave this here Samsung is no longer supporting Linux on Dex: 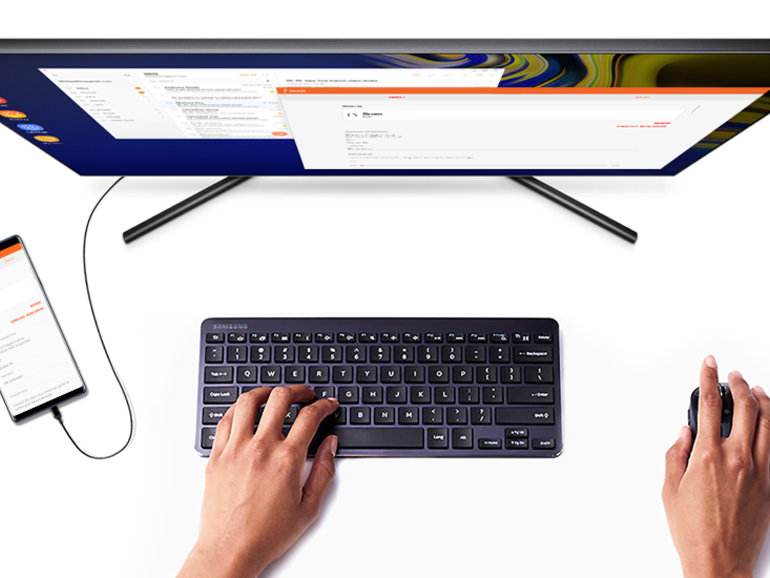 Samsung is shutting down its Linux on DeX projects after only 11 months.