I’m having problems with two different audio ‘cards’ in Linux. One is a Creative Sound Blaster Z, and the other is the 2.1 audio in my laptop (Dell Inspiron 7567.)

The Sound Blaster is being a real pain. In order to get it to function at all in Linux, you must boot into Windows first. Then and only then, the front audio jack will work. And it sounds gorgeous. But, again, it’s a terrible pain in the butt to boot into Windows every time I want to use the sound card in Linux. I have Fedora 29 on this desktop.

The other problem is similar, but less severe, on my laptop. If I boot straight into Linux, sound works but it only comes out of the left speaker and the subwoofer. The right channel is completely dead. If I muck around in hdajackretask I can get the right channel working, but lose the subwoofer. Not ideal. And if the laptop goes to sleep, I have to rinse and repeat by booting up Windows. Using Ubuntu 18.04…

So to get to the point, is there anyway to initialize the audio from within Linux? Years ago, I had to use ndiswrapper pretty frequently to get wifi working on Linux laptops. Is there a similar way to get the Windows driver to initialize audio, or load whatever firmware these audio cards are looking for?

EDIT: Got audio working properly on the laptop. In Ubuntu’s system settings, there was a selection for the number of audio channels. Oddly, the 2.1 option did NOT work. Selecting 4.0 audio got both channels and the subwoofer working, though I had to tweak the left/right balance.

You could try KDE and Gstreamer. It has better audio selection options than GNOME based ones.

The Sound Blaster is being a real pain. In order to get it to function at all in Linux, you must boot into Windows first. Then and only then, the front audio jack will work

I’m a little fuzzy on this. Does the Sound Blaster not work at all, front and rear jacks, unless you boot into Windows?

If it’s just a matter of the front jack…I’m looking at the card, and there are a lot fewer headers for internal connections than previous Sound Blasters I’ve owned. In fact there’s only 1, so connecting to the wrong header isn’t really an issue here.

My next best bet would be that they’ve done something funky in the card itself, where a driver or companion software needs to configure what output the card is using. You might be able to get around this in the Ubuntu Sound settings by playing around with the output, like you did with your laptop. The front header may be disabled on any setting except, let’s say headphones, for example.

If you can’t, then my recommendation would be to direct your searches to software for configuring the Sound Blaster Z in Linux. Maybe even go back to Creative support with the issue, be patient with them as they’re probably not prepared to officially support Linux yet. But the more interest that’s generated, the better the chances that they’ll throw us a bone.

I’m a little fuzzy on this. Does the Sound Blaster not work at all, front and rear jacks, unless you boot into Windows?

That is exactly right. If the desktop is booted straight to Linux, then there is absolutely no sound from any jack on the Sound Blaster. OTOH, if you boot into Windows first, then do a warm boot, audio will play out of the front headphone jack. No other output jack will produce any sound.

This is an old problem with Recon3D based sound cards. It has something to do with the output jacks not being assigned properly in Linux. Creative has refused to produce any documentation to help the ALSA developers figure it out. The only reason that the ca0132 driver is even in Linux is because a particular Chromebook Pixel laptop used that chipset, but the driver doesn’t initialize the SBZ properly.

Sound Blaster patches were added to kernel 4.20 as you can see here changelog v4.18-rc1/5

Went down a deep, dark rabbit hole to figure this out, but I seem to have it sorted. The driver is indeed present in Fedora 29 (kernel 5.0.17 ATM), but the sound card is missing firmware files, ctefx.bin and ctefx-desktop.bin. They can be found here: 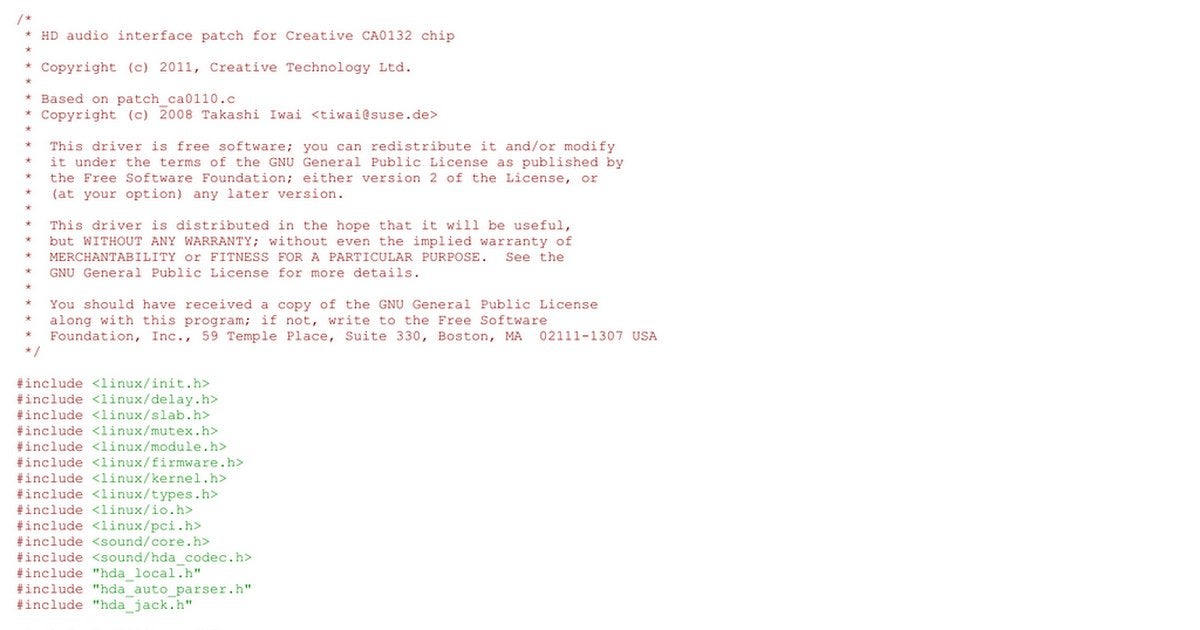 Now all of my outputs work, and I don’t have to boot Windows at all. Thanks for the clues…