Ill post mine first
Bug - passed away this past summer. 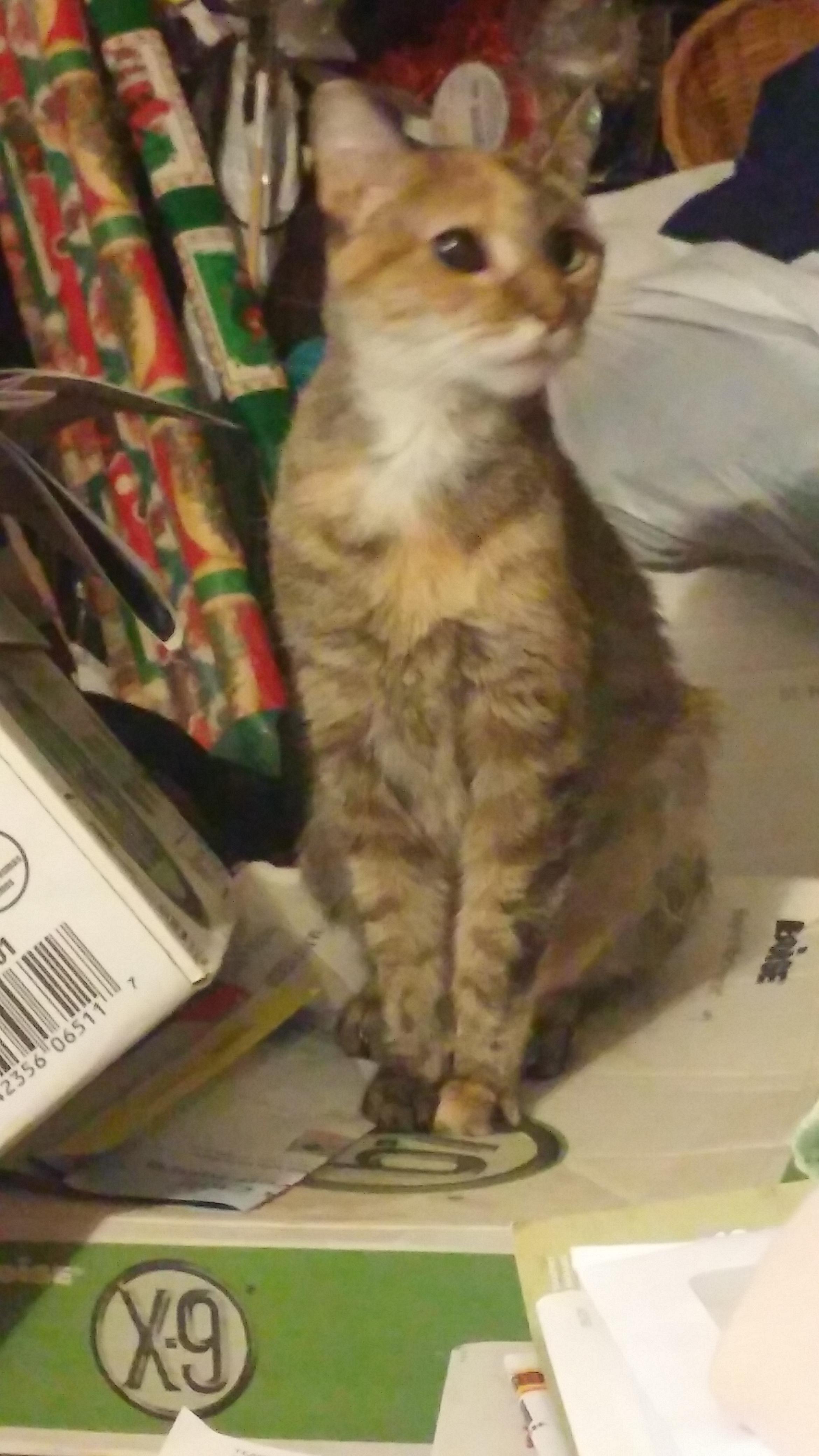 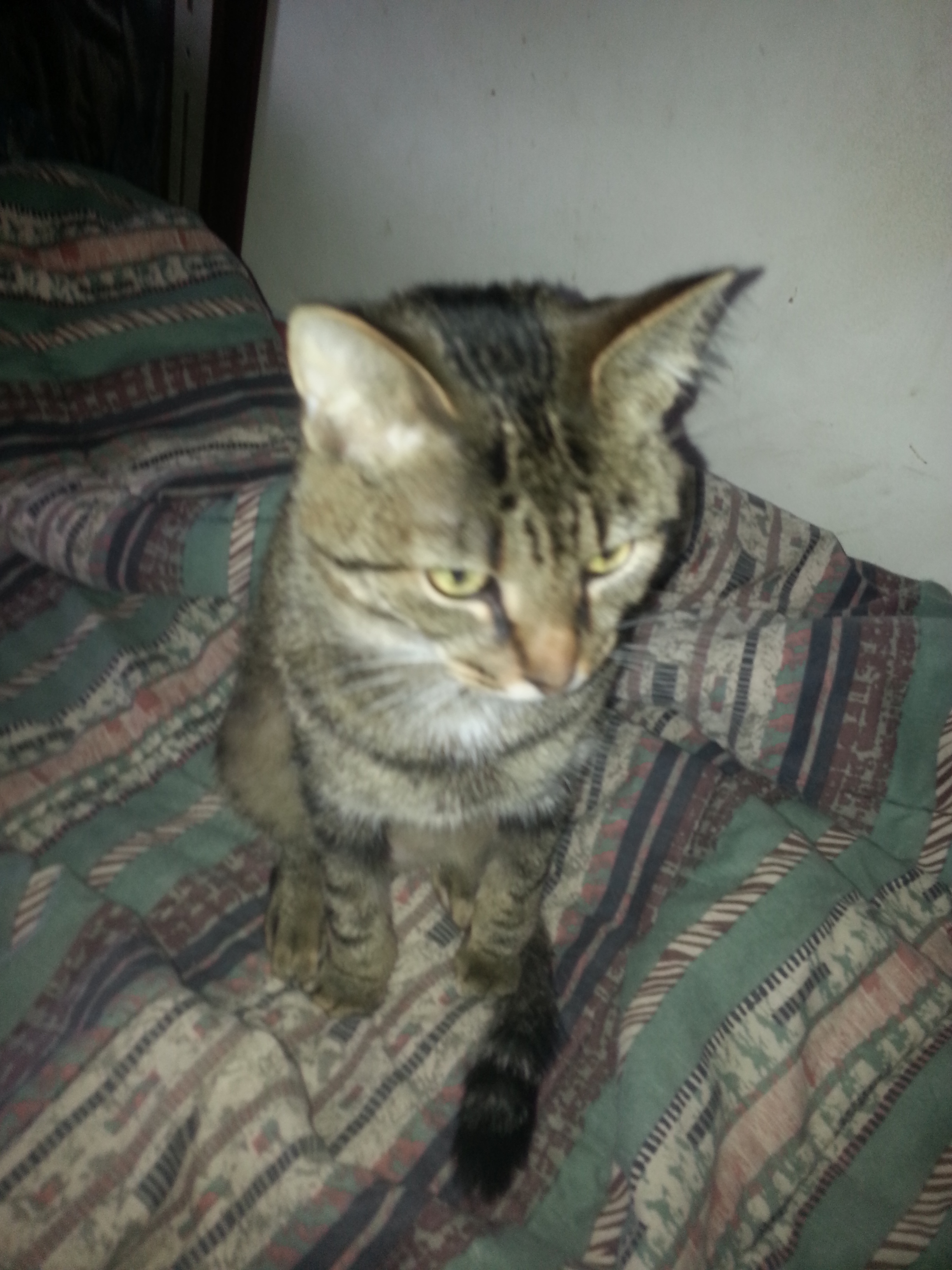 My brothers cat that we adopted 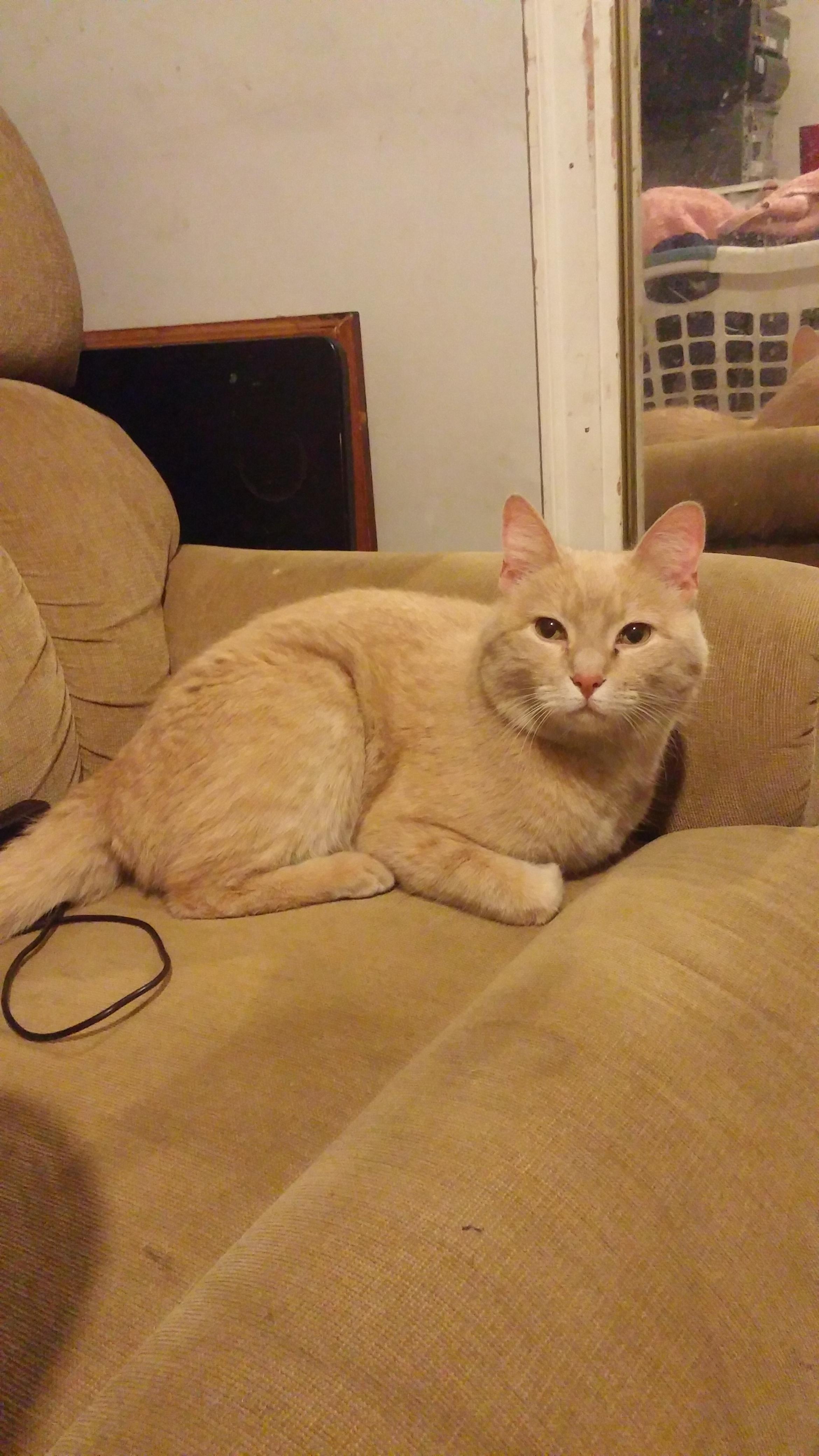 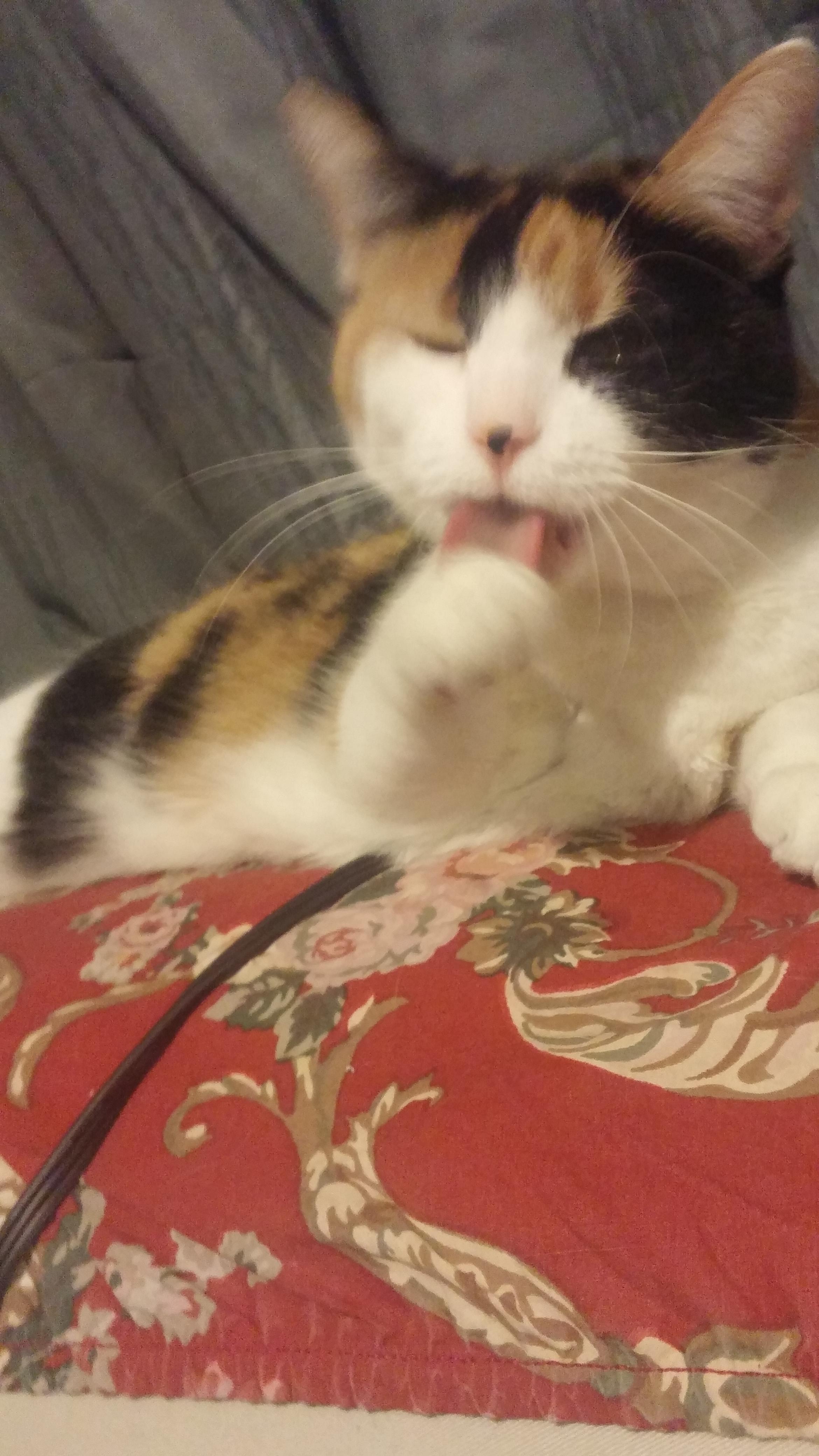 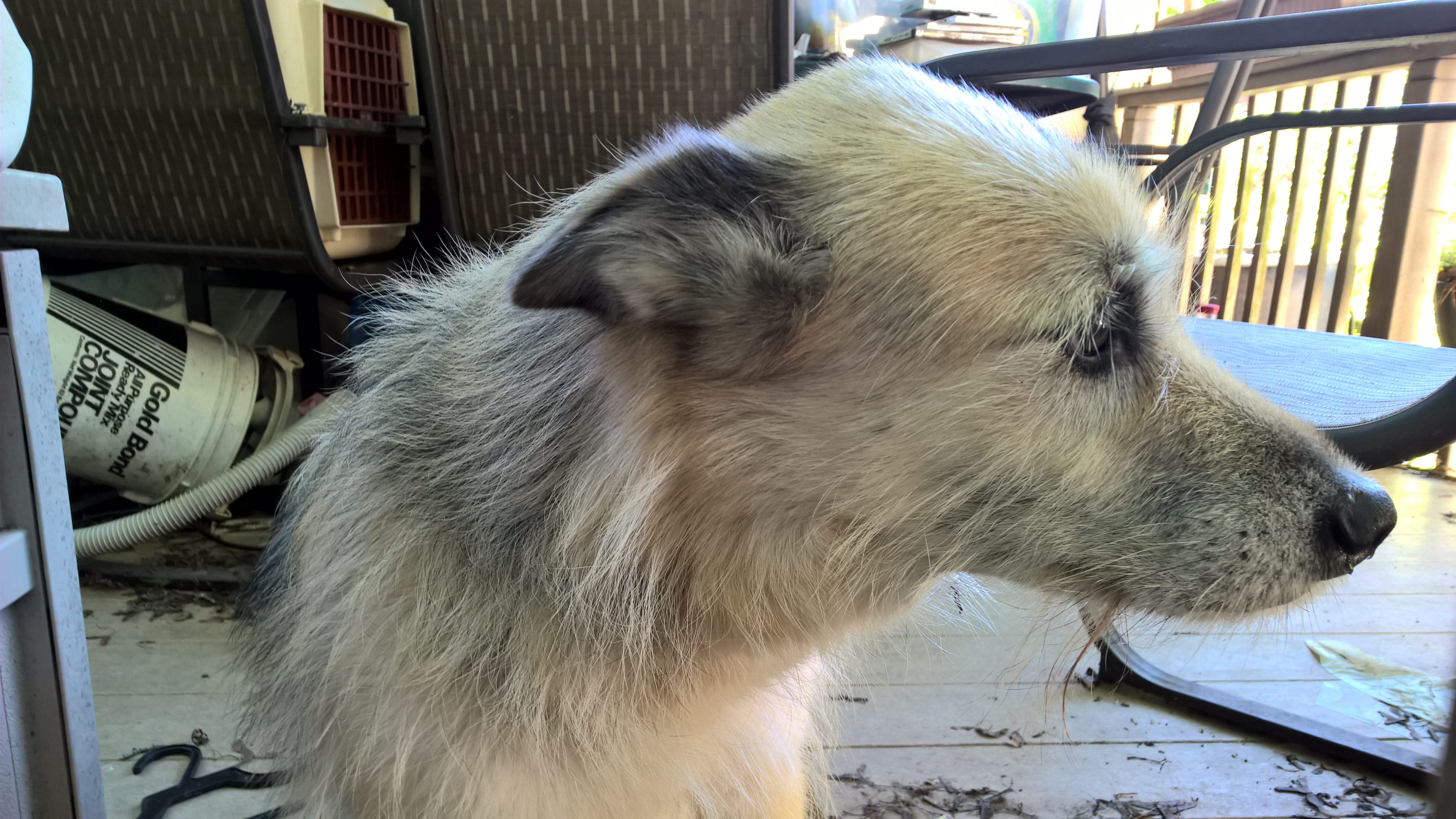 Sagi passed away this past winter. We had him for two years before that happened. But he was approximately 14 or 15 when we rescued him. 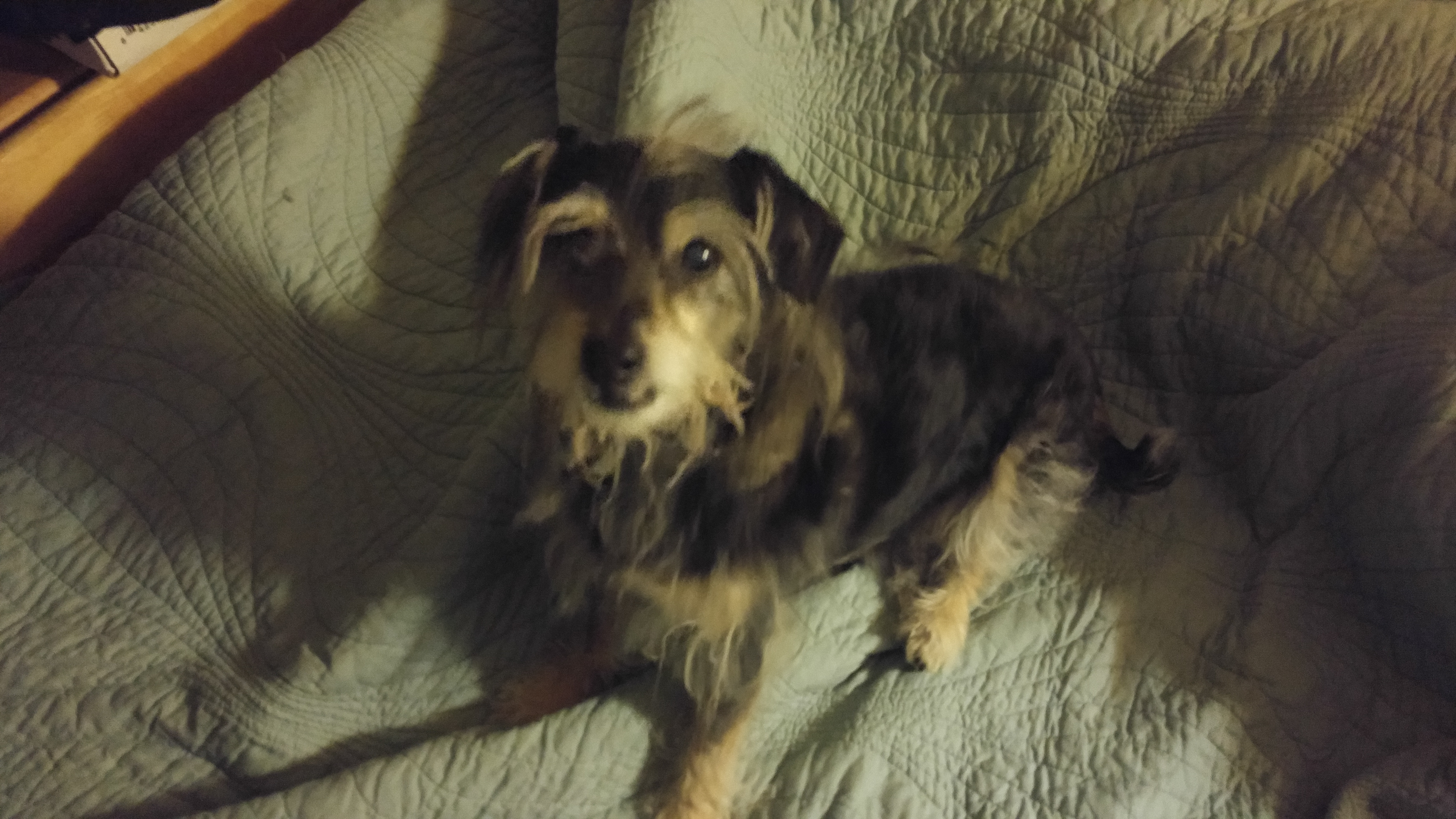 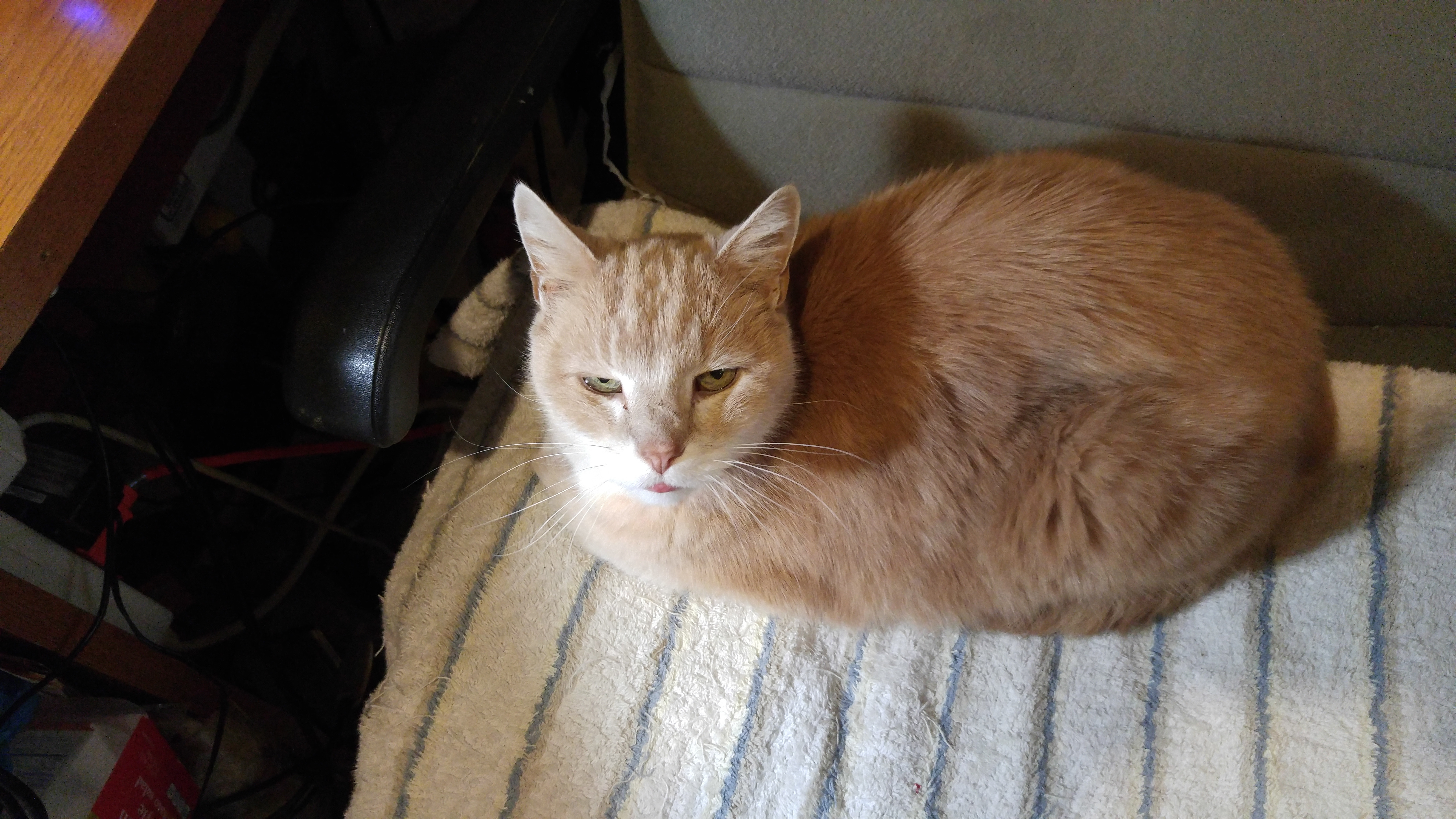 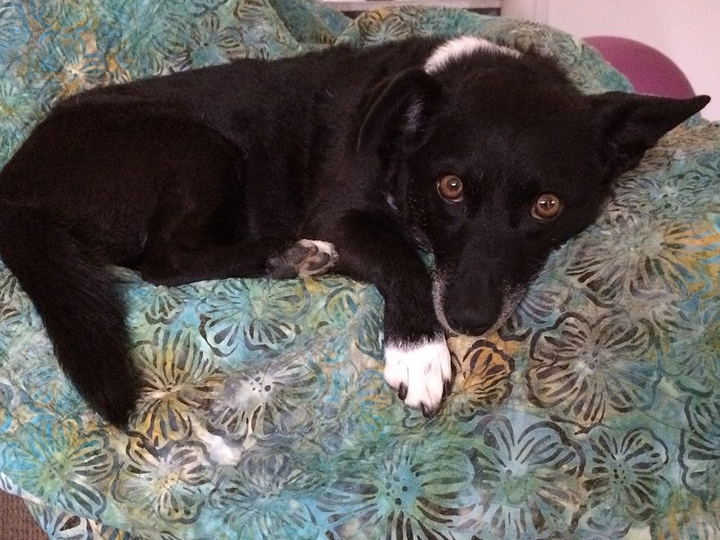 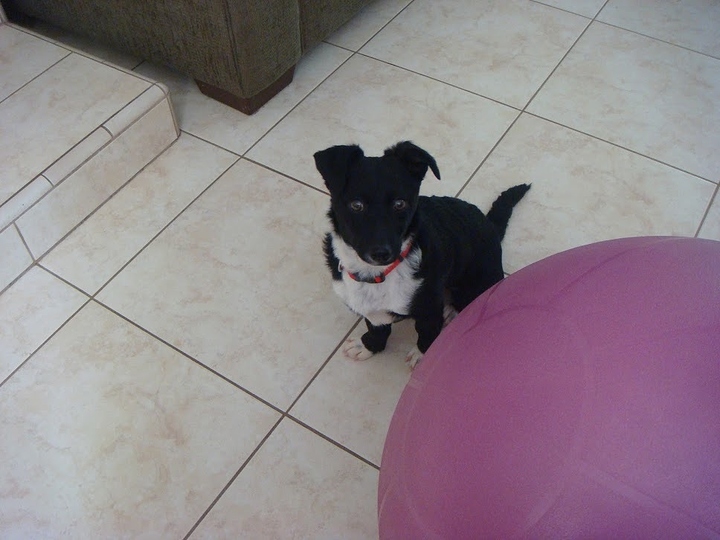 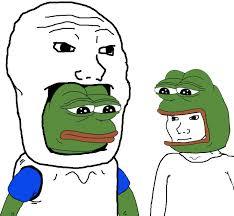 I respect my pets privacy to not have her face posted on the internet. 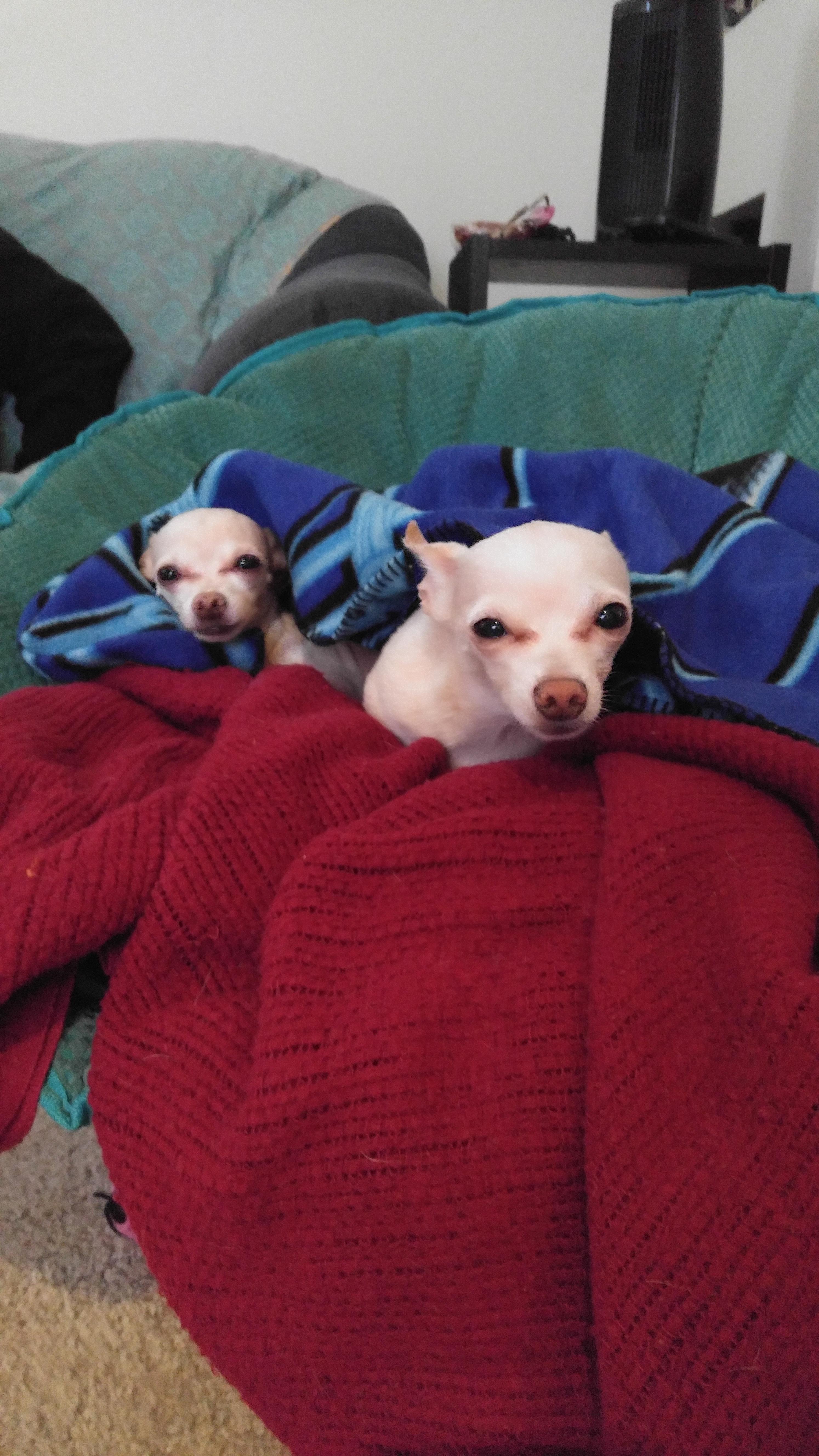 I don't, here are my pups

Don't think my dog wanted to have a public photo. 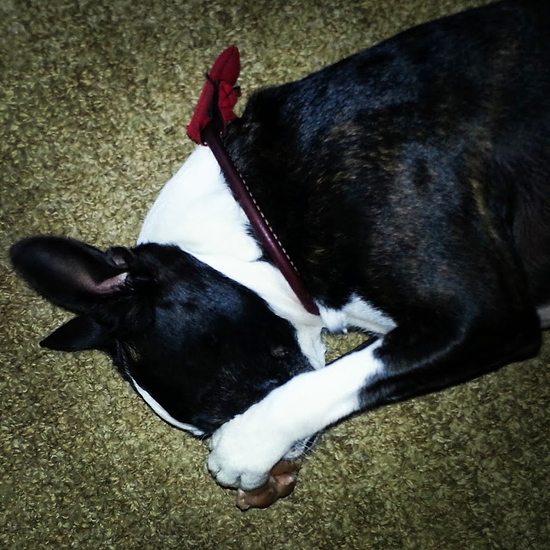 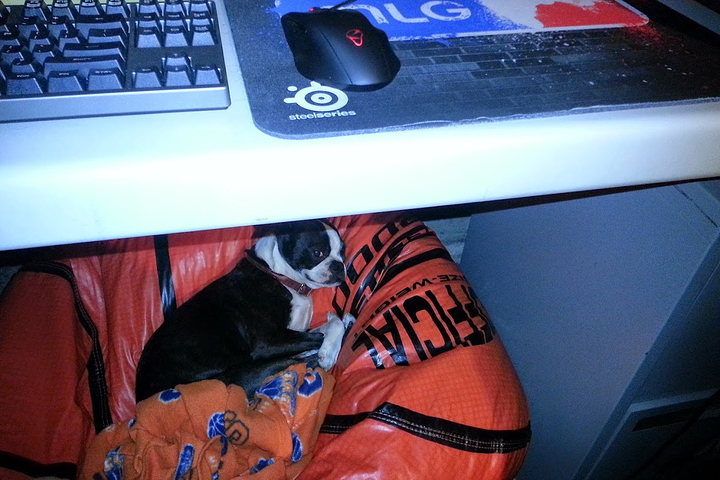 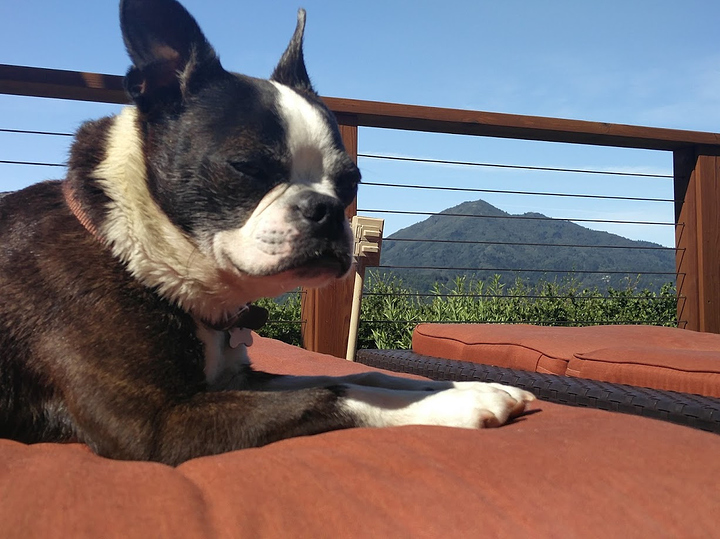 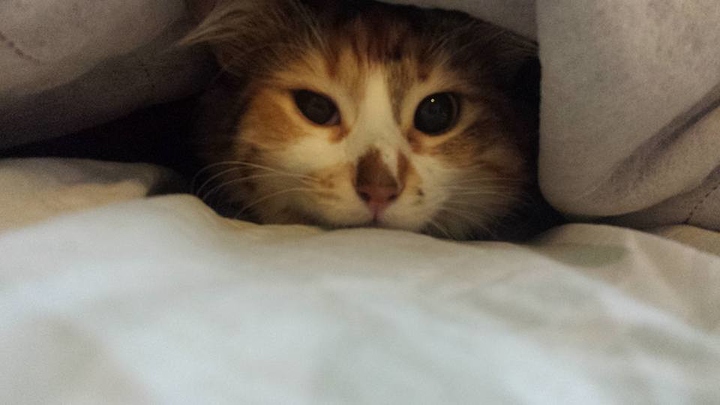 There is a distinct lack of parrots in this thread.

Will post a pic later when I get home.

My fuzzball. (I dont know why the picture wont show up vertical.)

Our parrot, Kiwi.
We adopted Kiwi because her previous family had a cat who didn't get along very well.

At two years old, she's more clever than some humans of the same age. She figured out how to use one of her toys to open her cage while my girlfriend and I were away. It's like having a tiny dinosaur. 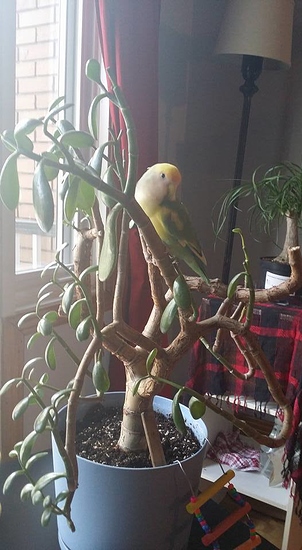 She also likes to destroy my girlfriend's socks. 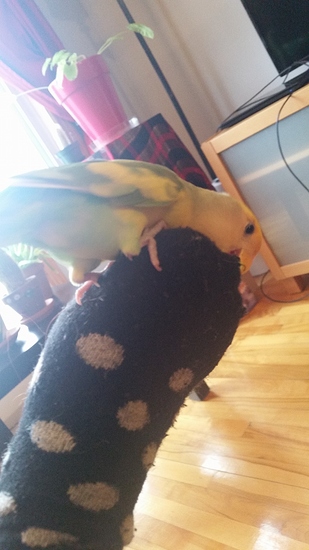 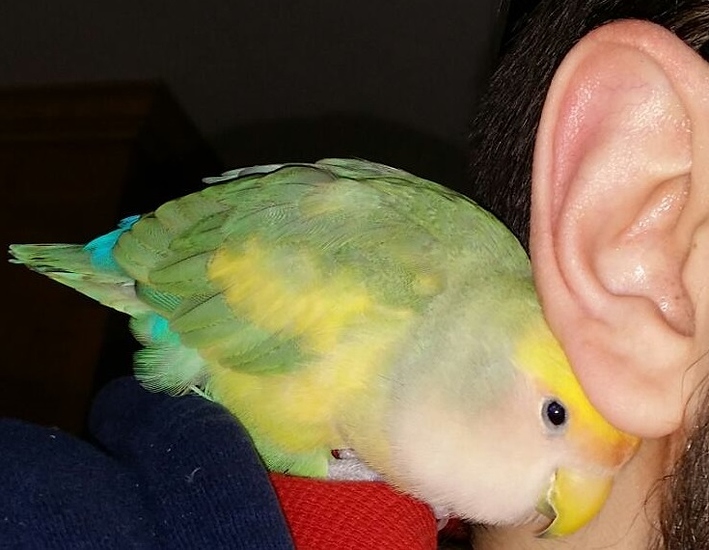 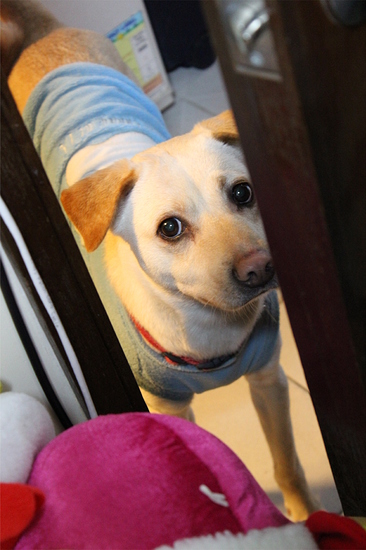 Why would you name your dog after the devils spawn? 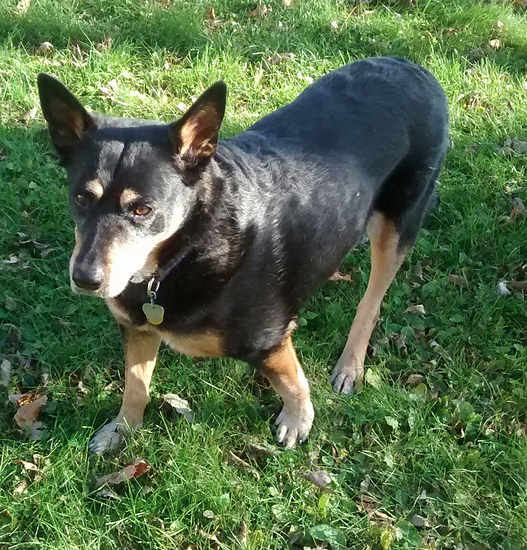 She has pretty bad arthritis. She's had it for the last few years, but this last winter she really went downhill fast. I'm still hoping it's just because of relative lack of activity over the winter months.

In any case, I'm trying to figure out what to do. I really want to have a few more years with her, but I also want her to have good quality of life. At this point she almost can't play ball or stick, which is her favorite thing. Just walking around is hard for her, limping constantly, favoring her front right leg. Pretty often now she stumbles and drags her paw.

My vet basically just wants to medicate her. And it seemed to work at first, but it doesn't seem to be doing much good now. She is getting a fairly high dose of Rimadyl, which is basically a canine NSAID. She gets (usually) two pills a day, and she limps all the time. If I don't give her a pill for a day she gets worse. I am worried about side affects from the medication (which can be very severe).

I try to go for a walk with her nearly every night, but by the time we get back her limp is very pronounced and she is moving very slow. I have dialed it back to every other night, still hoping that the sustained, scheduled movement will help loosen her joints. So far it isn't working well.

I am thinking about hydrotherapy. When she was younger she absolutely loved swimming. I need to look into it and see what's available in my area. And how much it costs. And if I can figure out a way to do it myself.

I have been giving her Missing Link with her dinners every night for years now. It's a powder with a bunch of stuff in it, including glucosamine. The kind I'm using now is the senior variant. If I miss a few nights (if I accidentally run out) she gets noticeably worse. So at least I know it's doing something, but it just isn't improving her symptoms anymore.

Anyone else have senior pets? Ideas and suggestions for alleviating a dog's arthritis? 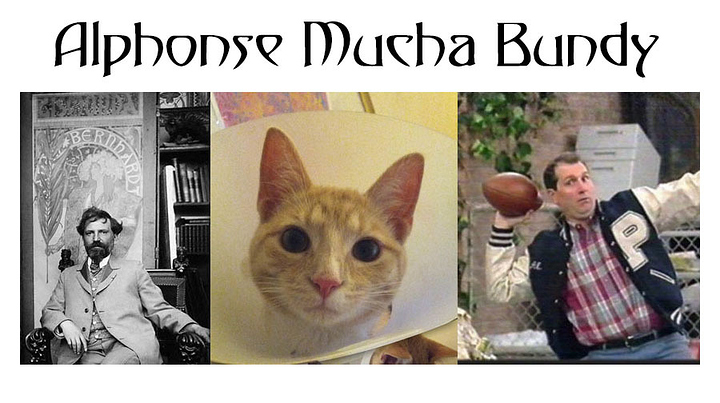 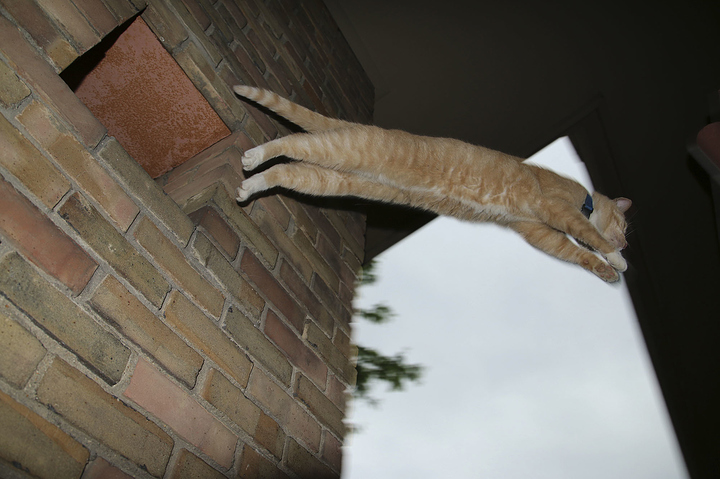 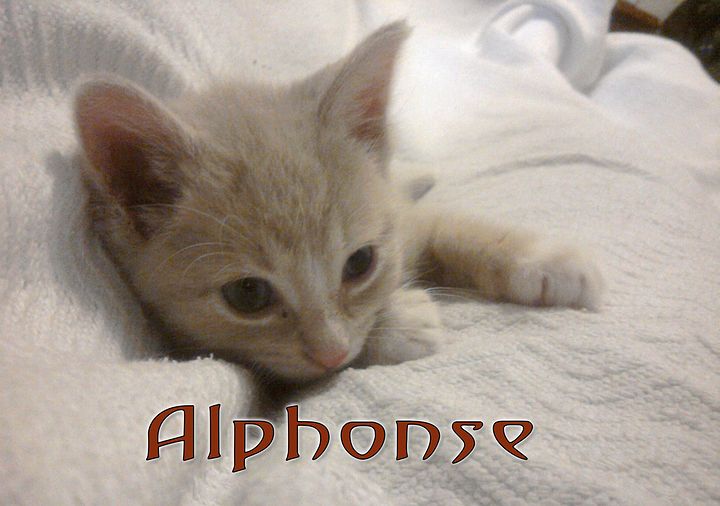 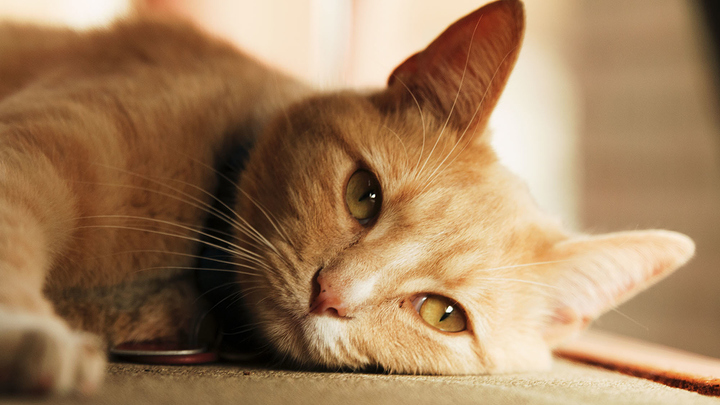 Five years ago I was hiking and I found Alphonse, uh.. he found me in the woods. He is a fearless feral tom cat house lion. I like his not demanding, friendly personality but I wish he was more cuddly. He is named after my favorite artist, but his nickname is Al Bundy.

Every day I go up to him and say,"You know what time it is. It's kitty therapy time!", then I can pet him for approximately 47.3 seconds before he runs off.

edit:
My neighbor took the leaping pic, the bottom close up and this (not so good) video. He got the name wrong, LOL.

Good pic leaping out the window err what ever

My neighbor has a nice Nikon and 2 cats. He likes taking pictures of Alphonse and burned me a DVD with lots of files. The bottom close up is by him too. At my apartment there is a brick wall with square holes in it. Alphonse goes up to the 2nd floor balcony and leaps into the hole so he can sit 20 feet up and be King House Lion.

Sleeps around 15 hours a day. 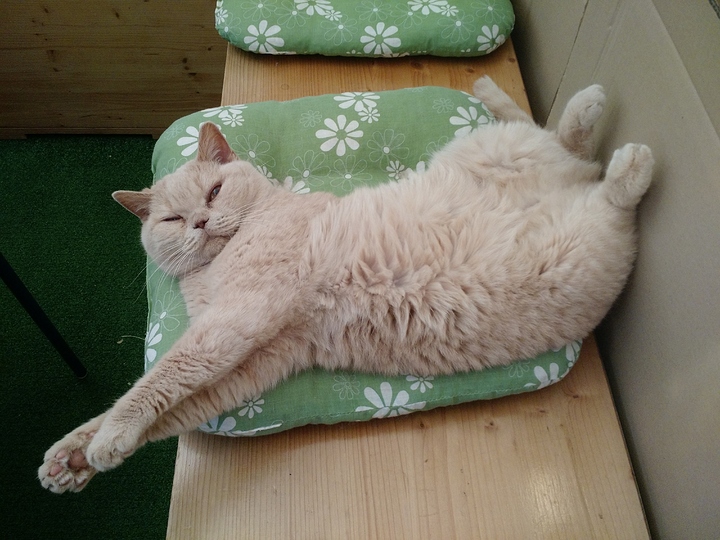 Necro this bitch! Where are pet pictures?

I believe we have a new thread for this. One second. I have to find it