Difference in physical collector things is you can sell them, with EA there is no way to sell / trade to get value back. Also with hearthstone you can dust things you get to make what you really want with said dust.

Cosign the spinning rust in laptops needs to be regulated away

The KVM looks good, you could probably sell those in a bundle with L1 decal.

Maybe because I don’t know what’s the proper name for these I was unable to find one. How do I even google that?

Edit: The plan was to get a 42…50 inch 4K TV so I could have lots of screen space when I need to be productive and at the same time be able to effectively downgrade it to a single big 1080p screen for gaming with a press of a button.

About net neutrality vs europian law , as long as the europian union is making enough money of the internet they will allow the isp’s to do what ever they want, i hate it but there it is

same kind of shit as in the usa, different coverup’s and politics

Regarding the flat earthers and what is beyond the “edge” @Ryan, I believe there are as many explanations as there are flat earthers. One prominent flat earther from my country - Ole Lochmann, believes the south pole is where the “egde” is, but we don’t know, really. We live in a circle surrounded by ice, and none of us knows what is on the other side. Could be just ice, could be an edge, could be other civilizations. He’s currently raising money to go to, and across, the south pole to investigate.

That is one nice pic on the easel behind you guys.

I figured I’d let you guys know that I’m a high school senior going into collage for computer science, and I have very little faith in our “Democracy”. I do feel quite disenfranchised right now, and I just wanted to let you know that not all of us young adults are “waterlogged on the Kool Aid”. Anyways, I watch your news show every week and really enjoy hearing your thoughts and opinions on everything. Keep up the great work!

I think the reason why people got so pissy about your lootboxes video was because they misunderstood your statement when you said “do nothing”. You should have rephrase it to simply don’t buy the lootboxes or don’t buy the game. What people understood was when something bad happens just ignore it and do nothing, such behaviour will inevitably lead to dystopian society.

Regarding the city of Munich going back to Windows 10.
Zoltan wrote about this long time ago. What it basically boils down to is some politician getting fat bribes from Microsoft. Nothing new here. It will be 90 000 000 Euros wasted on meaningless effort. Instead of paying millions for licences they could have donated 2 million Euros to LibreOffice, switch to already existing well maintained distribution (as if there wasn’t enough of them) and keep the rest for them selves.

If I was a cancer research institute or something similar. I would gladly take large donation from Porn-Hub. Some people do stupid things trying to maintain their clean politically correct image.

The last topic was pretty funny. I like anime a lot but I would never go down the way of waifus. The fact that you can marry a fictional character is fucking unreal. I don’t understand how the company benefits from that but it doesn’t matter. Those people are basically admitting that they are losers who can’t find them selves a real girlfriend or wife. Again a big anime fan here but I will never be like them. It’s pathetic.

If I was a cancer research institute or something similar. I would gladly take large donation from Porn-Hub. Some people do stupid things trying to maintain their clean politically correct image.

Keeping a politically correct image is important for them though, because they are funded by donations. No point in getting money from a company if it makes you lose money from other sources.

I don’t understand how the company benefits from that but it doesn’t matter.

It’s the company that made the virtual girlfriend holo-screen. For them it’s obviously great marketting. It also makes potential customers feel like having a waifu (and their product) is normal.

So you are saying loot boxes are ok because MTG and Pokemon and Heroes of the storm do it?
Because those games are free or proved physical goods.

Because those games are free or proved physical goods.

Being free can be a somewhat fair experience for online games.

I’ll use Hearthstone as a strictly ‘Free Play’ example.

Hearthstone allows for daily quests to grind for gold. Some quests don’t require winning games, and others allow for friends to help you earn gold. The main currency of gold enables you to:

Pay players keep the lights on, and free-to-players ensure they always have someone to play with.

But when the servers are shutdown (and they will), or your account gets banned, you lose everything. Paid players and F2P alike.

But when Magic or other physical trading cards stops producing new cards and holding official tournaments/events, the community can survive on the physical goods they purchased. Or sell their cards for cash to invest in something else i.e. there is an ‘out’ to sell what you purchased and earned playing the game.

Both systems have their advantages and disadvantages. I hope this kind of clears things up a little bit.

There are companies that do rural Wireless. The speeds aren’t all that impressive though. 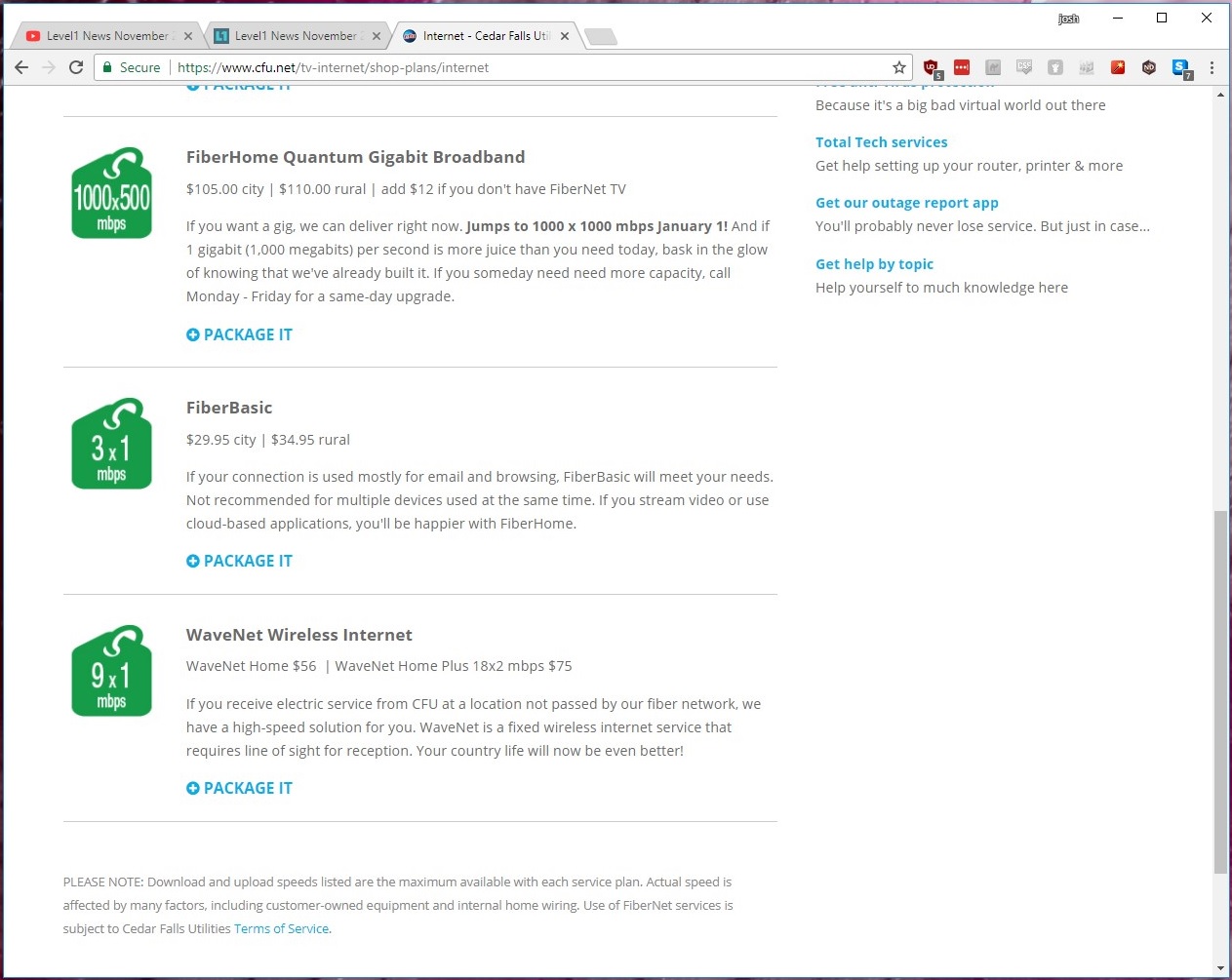 The channels give me something to look forward to every day. Especially the news. Great episode Ryan and Wendell. Thank you!
-Josh

Edit*:
The rest of this post is strictly too many jokes. Don’t take it seriously.

The too long don’t read of the news is:

WE ARE NOT GETTING RID OF THE BOILER SNAKE. It is part of the show!

@wendell I’d love to see a video explaining the 1996 telecommunications act. I’m not American so it would be great to hear you guys explain it, as it is something that is often referred to in news episodes.

I’d love to see a video explaining the 1996 telecommunications act.

Actually he did several years ago. Not sure if he will endorse this video though:
@wendell Feel free to delete my post if you do not approve of it. Another forum member was asking about you making a new video, and I figured it would be easier to just point them to the older one.

I hope this helps clear things up OfficerNice.

Well, he did ask in the News video if some of us would be interested in getting a video on the topic.

That’s why I thought I’d pop my head in and say that it’d be swell.