This is a companion discussion topic for the original entry at https://level1techs.com/video/level1-news-june-22-2018-william-shatners-new-enterprise
1 Like
Zibob June 22, 2018, 9:15am #2

The thing about your game “streaming” idea Wendell is that, that is exactly how the ps4 does it right now. Was over at a friends and he was downloading Alien: Isolation, you could start and walk around the ship at the start of the game while the rest was downloading but it would not let you move off the ship until it had downloaded the next chunk.

I am expecting something much like OnLive and the PS4’s also failed game streaming service for the PS3 library. Both of which would play the game off site on a server or in Sony’s case an actual ps3 and then stream the video of the game to you and you inputs back to the off site server. OnLive worked, but if you had in any way bad internet it would be a complete shitshow. It was only useful for single player off line games where speed and accuracy were not super important as it could just stall at any moment.
The ps4/3 one was another mess altogether. Sony bought a streaming service similar to OnLive and closed it intending to use it for the PS3 library which then never materialised as they could not make it work.

If the game devs implements it right, you can play the entire game as it downloads.
If you don’t have a great internet connection, it’ll be an awful experience, but you can still do it.

e.g. in MGSV, if you select a mission that hasn’t been downloaded yet, you get a loading screen with the time remaining to download that chunk of data.
This works because all games on the PS4 (even games on disks) are in sony’s .pkg format, which gets mounted like an overlaid filesystem.

The format is described here: http://www.psdevwiki.com/ps4/PKG_files
I’m really surprised nobody’s done this with PC games yet. It’d be really easy too, especially on linux.

I find the Beck’s stemmed can really interesting from a manufacturing perspective, and I bet distribution is actually fairly simple: stack them staggered to get density higher (IE top against bottom of next can, etc.).

Edit: after taking a closer look at the can, maybe that’s not possible. 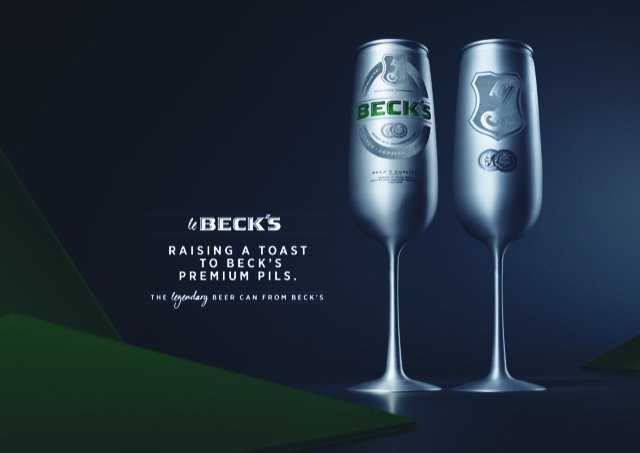 As a beer snob though, I’d buy one for novelty. Maybe if they put Beck’s Dark in it I’ll buy a couple. There are good pilsners out there for sure, but Beck’s ain’t one of them

A few PC games do. Specifically ubisoft game come to mind which is funny because their process is, download all of the game in one chunk but with all the lowest graphics options and make it playable at that point, then download the higher end assets as you play. It is a really dumb way to do it like you point out.

The problem like we have noted is if you have any way poor connection both methods are a really shitty way to do it, with the ps4 method being the better of the two but still with a poor connection not fun.

Made worse by the PS4’s terrible network stack. (tiny max frame size) Especially on WiFi.
It can be sped up quite a bit just by running a proxy server on your local network, since all downloads on PSN are unencrypted. You can even use PSN download links as web-seeds in torrents.

I recall once, seeing a 724 hour loading time for a level when playing a game that was loaded like this.

Just copying over from patreon because I’m lazy

Saving this for Friday but… regarding console game streaming etc… well, nvidia does the gamestreaming already and it seems to be working pretty well from what I read. Also “if they gave you the full library of games for a monthly fee” - microsoft already does that on XBone actually

Well, not the “full” library, but what they’re allowed to license.

Banks seem to like currency when it’s as fiat as possible. Where there are no constraints on it, it’s cheaper, more convenient and easier to manage. I doubt that banks like the fact that crypto-currency is so rigidly constrained with mathematical principles.

Non-fiat currency is backed by precious metals; which pretty much means it’s backed by nothing but our fetish for rarity. I get that it’s a ploy to prevent extreme inflation; but it’s still silly and won’t be of much use where off world mining is a thing. It’s easy to see how it has a shelf life.

With a purely fiat currency there is no minting, printing, maintaining or updating. It’s just changing numbers on computers; like with sci-fi credits. The amount of expenditure that goes into physical currency is a constraint in and of itself. The fact that crypto-currency is physically liquid as physically possible and yet rigidly constrained is probably the only thing about it that is actually smart. It’s also probably the only thing that banks hate about it.

Beer is a product that follows fads like pop music. What is popular probably has little to do with what is actually good enough to stand the test of time. Pilsners and stouts have been around for a long time and tend to outsell the rest at any point in time. They also taste similar to each other.

In the 80s, beers like Molsen and St. Pauli Girl were popular. Later, into the 90s people were grabbing Hineys. The 2000s it was micro brews. 2010s it’s now IPAs. I suspect that a new fad is right around the corner.

These fads happen with wine too. In the 90s German wines like Zinfandel and Gewurztraminer were popular. Gewurztraminer was popularized by being one that could be paired with white and red meat. At the time, wine in general was kind of expensive. More recently, even boxed wines like Franzia were given some credence. Now wine isn’t so expensive. Red wines like Cab, Merlot and Pinot Noir are popular. Micro vintages are popular too. Rock stars like Geoff Tate and Maynard James Keenan are making wine.

Usage of substances seems to have always been part of socialization. People use them to manipulate their own rigid behavior patterns. They are directly associated with social interaction; and like music they follow popularized fads. Coffee hasn’t been the social thing that it is now since the Beatniks used to drink it over free form poetry; while casting shade on the tossed salads and scrambled eggs (police).

Wow, that was a hell of a ramble. The point is, it’s just fads; and the things that stand the test of time and stay in good favor are probably the most liked.

I doubt that our government had much to do with the fall of Venezuela; because they weren’t a democratic country. Well, it’s not really the government that does it. It’s banks. You see the reason that we’ve kept our heads above water so well is we pretend to be friendly to rising democratic states and then loot them for all they are worth. It’s like financial aggression. They give them a loan that they can barely pay; and when something happens (and something always happens), here comes the austerity. It’s pretty disgusting.

I’m not sure that DNA can be patented anywhere. One way that they’ve gotten around it, is by patenting the usage of it. That is what Monsanto did. So it’s a specific usage of a specific DNA sequence that is in the patent. Patenting something that has occurred naturally isn’t generally allowed. It kind of goes against the purpose of a patent. They have to demonstrate some form of invention to claim propriety.

This claim was made against Monsanto in the early 2000s I think. It may have been earlier. That article needs to be fact checked. There’s probably more to the patents than just the DNA sequence.

There is a lot of smart and clever jokes going around on this channel. The topics during streaming are sometimes more discerning as well. The thing is, with all people who engage in creative pursuits, there is a tendency toward absurdism. It’s a symptom and a consequence of being in a creative state of mind. It’s why geeks like Dr. Who, South Park and Rick and Morty. Even in creative thought, entropy outweighs novelty by a wide margin. There have been many studies done on it.

By comparison to the norm in media outlets, any that include ontology in any form or to any extent have a cerebral air to them.

Pilsners and stouts have been around for a long time and tend to outsell the rest at any point in time. They also taste similar to each other.

would we call it beverage snobs?

here is my rant about email marketing… I wouldn’t mind an image or two if you included it with the email itself but I do not like emails with tracking beacons that just keep track of when I open the email or worse can change the content of the email remotely… Email marketing is the worst.

I thought the nvidia one was only in home like steams streaming. It does indeed work but like all the streaming things once you bring it to the wider internet things go weird fast.

Nope, it is on the internet. I’m not talking about the SHIELD thing.
They have GeForce Now (in beta) where they render on their servers and you play at home.

There’s been a test here (german):

And it seems to be working pretty good. They basically conclude it’s good enough for games that you might as well play on the couch, but of course not good enough latency wise for competitive games like CS:GO or LoL or Overwatch or whatever. But of course you’ll never get the latency down to what you would get at home. 3 round trips to the server in the same time of one to the game server is just not possible.

Images could be just base64 encoded and everything would be local, but then again the mails themselves would get pretty big.

Also not sure how many E-Mail client actually show base64 encoded images.

Oh yeah, I completely forgot about gForce Now. Does it get much use? I remember it was pretty much rubbished when announced, not specifically the streaming but the whole monthly subscription to a driver idea.

Don’t know honestly, especially since it’s still in beta. It’s not getting much media attention and/or advertisement.

Anyway I think Wendell at one point was trying to say the US would so something horriible when Kreestuh and Ryan were mentioning North Korea and China. I forget which story it was but yeah the US is a fascist state heading to something even worse.

Squarespace may be good but so is WIX. Just saying.

In regards to cryptocurrency when you got Apple complaining about it expect Bitcoin and such to crash further. I can’t believe Ryan did not sell at $20K.

Tropicalia might be an interesting thing and a fairly good idea but how about going totally green which is the better choice.