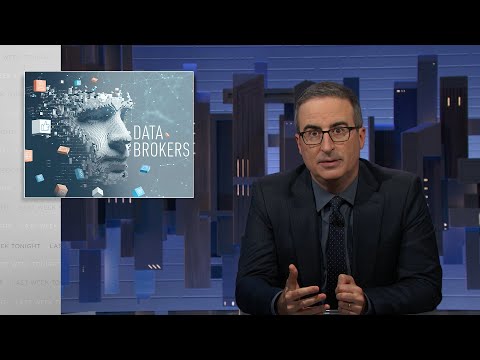 Will you guys talk about it on the Level One News?

I just watched this earlier and it was glorious.

The bit at the end was just top notch humor.

Wow*… I am guessing there are literally thousands of those searches happening now from semi regular people.

Fun when you know how, and those people are less likely to keep that info to themselves. See elons plane trips.

I genuinely hope this is put to unsettling use by regular people against those that facilitate its creation and distribution.

I wonder if the “brokers” and those running those companies have managed to exclude themselves from their own creation. I can understand that happening with their own product but not with competitors. If that does turn out to be possible that will be very interesting indeed.

managed to exclude themselves from their own creation.

worse yet : …what if they tried but failed to and just gave up.

I wonder if the “brokers” and those running those companies have managed to exclude themselves from their own creation.

But their competitor will get their data then it will be repopulated in other places and it will eventually end up in their creation again. Because they scrape each other.

That’s why I was wonder if there is collusion going on with them and they are keeping each other out of it.

Unlikely but if there is, because after all they know what they made, then it raises the possibility of a tool to remove people from these systems.

Like I say, unlikely but also plausible to me.

Much like judges rarely end up in court, police are rarely arrested and polititions caught for greed and corruption they embody, I expect the people who run these to try and keep themselves from being a part of it.

I think there is a problem if the datacenter lies in China. What then? They cant control that.

Well they definitely have systems to exclude the party I am 99% sure of that. That’s just corruption 101, always protect the government officials.

But yes if they are there then all is lost.

I’ve heard from Michael Bazzel’s podcast that his request for identity removal is completely ignored if the server hosting the user data is in China. What I fear is, some of the more unscrupulous data brokers may just move to China and earn money than stay in the US and comply with whatever new data privacy law it may come up with.

another angle to cover is if the eula contract promises to anonymize the data and the data is poorly/not anonymized then they are not holding up their end of the contract and are liable for a massive lawsuit from all of their customers/users and while we the people suffering from this are barely/never going to see a cent it doesnt make sense to open yourself up to that kind of legal liability. a hundred million dollar fine divided between a billion people after the lawyers take half isnt worth my time but it still might bankrupt the average website or app.

Blocked in my country, do the data brokers do not need more information about me?

What is stopping the open-source community from rolling a privacy-oriented version of Android? Or a pi-hole-like app that you can sideload onto a rooted phone?

That’s what LineageOS is. The problem is, banks hate it. It means no banking apps and Netflix

Or a pi-hole-like app that you can sideload onto a rooted phone?

Don’t need to root your phone for that, Netguard does that already. There are other similar apps too.

That’s what LineageOS is. The problem is, banks hate it. It means no banking apps and Netflix

Depends, some banks don’t have an issue with Lineage in itself, moreso when the phone is rooted. I’d imagine the same is true for Netflix.

lol blocked in my region.

but that being said.
nothing will happen because if they cant scrape your data thats 10’s of billions taken out of the economy.
and as google/apple/microsoft/amazon are paying a lot of wages lobbying in Washington,
i cant see regulation happening anytime soon.
even if numpty was to use the info in his brown envelope and expose biden directly. i doubt washington would allow laws blocking data mining, its just to lucrative.

but hey its the americans who created shodan.
one of the biggest ongoing world wide privacy violations going.
so them getting bit by there own monsters and are now crying about it, is both ironic and horrifying.

am i a middle-aged widower? am i an angry teenager? did i actually pass away 10 years ago? they’d never know!

Yeah, but garbage-generators don’t remove actual interests. And it can’t help at all with GPS/BLE phone proximity-based social graphs. That’s what worries me the most.

Imagine what the 1960s FBI would do with this kind of data, if they could query “people with ‘civil-rights’ interests who meet in redlined communities.” The long list of civil rights footnotes would be an order of magnitude longer. You wouldn’t know the name MLK till you turned on a Dick Gregory biography.

Or if they could see “people with ‘anti-war’ and ‘Chicago’s Lincoln Park’ interests that meet frequently.” Instead of the “Trial of the Chicago Seven” it’d be a single newspaper article about 7 DUI fatalities ahead of the '68 DNC convention.

Um, is the title just a typo? Anyone wanna correct the first word to “last” perhaps?