So yesterday my desktop decided to quit after a long hard 3 years. (probably due to cheap motherboard and psu) So i had to dig out this old Toshiba Satellite M40x -RH4.

This thing has a Celeron @ 1.5ghz, 512mb of ddr ram and a 60gb 4200rpm Hard drive (running lubuntu) But typing on this thing is enjoyable, something that we normally don't think about when we think laptop, but thats not how it always was.

Older laptops had great keyboards, keybaords that were designed to be typed on for long hours. Now days it feels like laptop manufactuers don't even care about the typing experience, even lenovo has shit keyboards now. Still better than most, but shit compared to the older models.

Why do you think this is? These crappy little chicklet keybaords are the reason i have not bought a laptop since 2010!

Older laptops had thicker keys thus more travel. The new keyboards are razor thin because of weigth and space saving concerns. Because they are thin there is no travel like we are used to in desktop keyboards.

I don't mind it but i'm not a person that cares about keyboards quality.

The problem i have with the new lenovo keyboard is the track pads the same size as the space bar, so when your typing you'll be clicking shit. 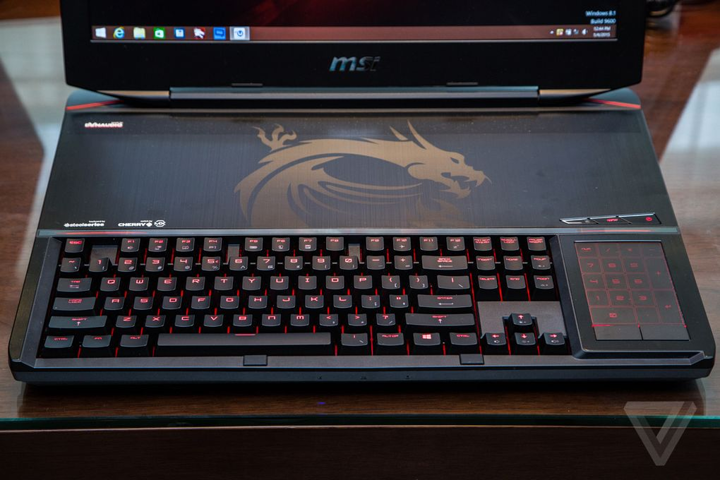 That laptop is just goofy, i would rather carry a poker 2 around l0l

Yea it really is derpy, but actually very fun to play on, more of a desktop replacement than anything.

If you try out one of Lenovo's keyboards, specifically something like a T420 or X220, you'll be in love.

if your adventurous you can retro fit a T420 classic keyboard into a T430 with some massaging.

Is it a flush fit? I know the T430 has a thinner bezel, so would the keyboard sit aggressively on the screen? I'd kind of like to try this.

You've not experienced a keyboard until you've used a thinkpad keyboard.

I have an old Toshiba that I loved the keyboard on.

I am from Canada so we also have to watch out for the stupid French/English keyboards. I can't stand the extra key they throw in next to the enter key.

I also suggest to people to try the keyboard out on a laptop first if they can. You don't realize how much it can bug you until you get a laptop with a crappy keyboard.

I know what you are talking about. I've got T430 and it has most comfy keyboard of all laptops I've tried so far! True story.

Got a new laptop from work last week - damn it doesn't have backlit keys! You quickly get used to that and miss it when a machine's not got it.

Should have ponied up for a carbon...My U530 has the worst keyboard I've experienced....The keys are anchored in the middle, and have loosened significantly so they wobble when typing...The "actuation point" (if you can even call it that) changes constantly

currently using an old HP Compaq 6730s currently running linux mint thinking of changing it to lubuntu or a more lighter distro and by god the typing experience on this keyboard feels amazing rivals the feel to my mechanical keyboard that is on my main desktop. Used to to have a more modern laptop an Acer 5750g before the screen smashed due to partially my fault for watching YouTube at school while two people kicking a soccer/football across the room.

Should have ponied up for a carbon

I almost went with the UX305 because of price with ( sort of) the same stats. But when Linus made his review of it calling just short of the mechanical keyboard in the GT80 titan I bought it the next day. Worth every penny for school.

http://www.thinkwiki.org/wiki/Install_Classic_Keyboard_on_xx30_Series_ThinkPads
T430/xx30keyboard masterrace.
"Have your cake and eat it too"

That mod is tempting but I'd lose the kb backlighting feature on my 430.

I have a ThinkPad and the keyboard is really quite phenol. In fact I prefer this keyboard over my desktop membrane keyboard. I'm #poorpeople and don't have the money for a mech keyboard. Not when im trying to upgrade from a Core 2 Quad. lol.