The game that proved that lithobreaking is the funnest way to land a rocket, gets a squeal!

I sure had fun with KSP, it’s not Squad, but I hope the devs will deliver, I have slight hype right now!

I was wondering what they could realistically do with it but multiplayer sounds fun, especially with bdarmory.

get ready to be shot down from the sky.

keen to get my hands on this. i didn’t get into KSP until recently, colonisation, etc. sounds fun.

see u can be fun

Not sure how much crossover there is between readers of this forum and the readers of HN, but this is an interesting thread 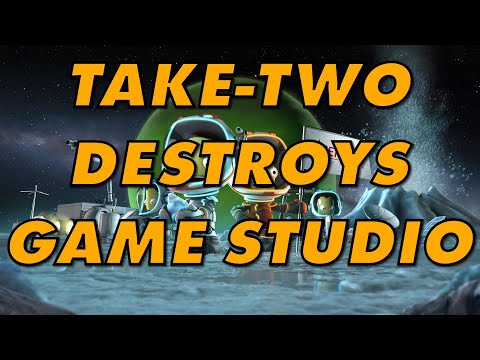 Edit: yes its a necro but it is relevant.

Quite the backhanded move. I wish the creator quit Squad and used a Kickstarter to buy back the IP and launch his own studio. Squad is a marketing company first, game dev second. All parties currently involved have questionable stability they will keep the IP as is.

No, the game will be released, but it is now developed by Take Two and not the original studio… That’s super dick move though…

I was more thinking g from the end users point of view, now that take 2 have a total control will it be riddled with loot boxes and premium currency and dlc for ever nickle and dimeing people.

All of that is speculation.

All of that is speculation.

But of course it will… Do you expect anything less from them?

Worst is when a game costs triple A up front, And has micro transactions/ pay to win/ pay to not be bored

Actually, KSP didn’t really cost that much, nor have paid extensions.(iirc)

It was pretty mod friendly now that I think about it.

In fact, the devs took heed of some mods and incorporated them, at no additional charge.

Things can only get worse‽

What a prick move. Won’t be buying KSP2.