King of Tokyo Board Game Giveaway

Last Saturday I was at an International Tabletop Day event and I won King of Tokyo from one of the raffles. I already own the game and one of its expansion so I thought I would pass the raffle prize on here. 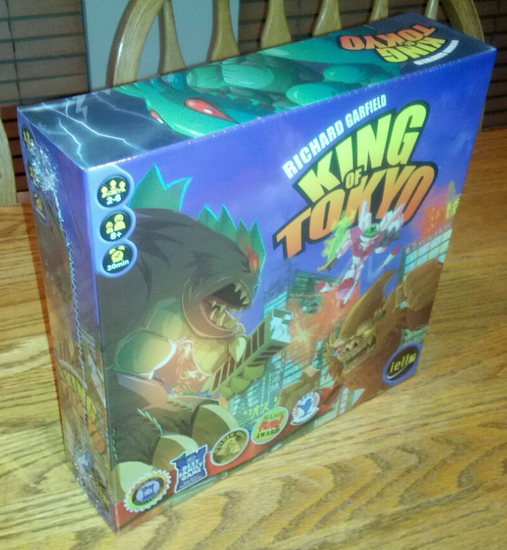 If you would like to know more about the game see below:

In King of Tokyo, you play mutant monsters, gigantic robots, and strange aliens—all of whom are destroying Tokyo and whacking each other in order to become the one and only King of Tokyo. At the start of each turn, you roll six dice, which show...

Wil Wheaton also gives an overview and play though of the game:

I'll be covering shipping cost but due to costs this will be limited to Contiguous United States*. Someone will be picked at random using a random number generator. You have to already be a member and have made at least 1 post before the posting of this thread. This giveaway will end next Friday midnight (2015-04-24 @ 23:59) and the person will be selected that night or Saturday. To enter just say you want in.

If you have any questions feel free to ask here or PM me.

count me in! I'm in Canada, if I pay the shipping can i still enter?

Yes. Anyone out of the country would pay the difference compared to if I ship it across the country (Maryland to California, about 20$ usd according to ups's calculator)

i want in, good luck everyone.

Does that mean you're in or just excited for games?

I've watched a bunch of Tabletop games of King of Tokyo and it looks amazing so I'm in!

Times up, I will announce the winner sometime tonight.

The internets has spoken. @anarekist is chosen. 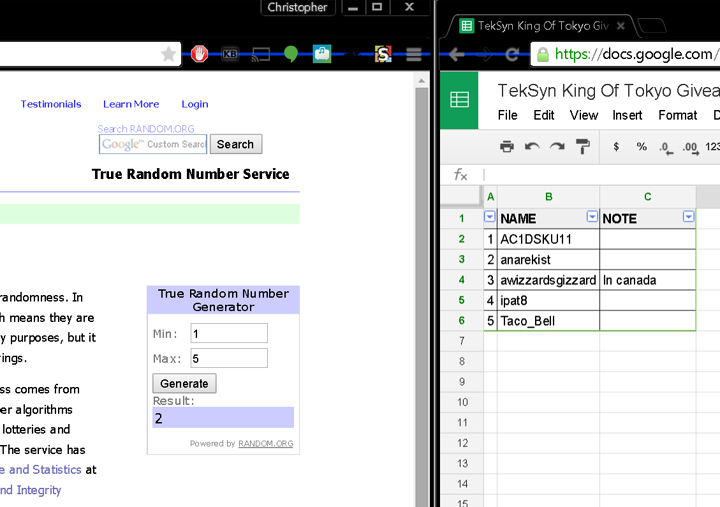 Ill send you a PM.