So long story short I now am the owner of a Fibre Channel FAS2050 and two DS14 net shelves I found inside a server rack I purchased as scrap from a junkyard.

Does anyone have any experience with these? Will I need some software licenses to run on this bad boy or can I install something open source?

I’m curious what the possibilities are, right now I’m thinking of storing some chia plots on them.

take some pics and show it off. not sure off the top of my head but usually fc is reasonably standard-ish.

I have an old fc san in the basement that worked fine with freenas.

there are a couple of oddities with old FC netapp and EMC (same vendor chassis for certain old models) that limit the drive sleds you can use. Basically the older FC boxes only take special sleds with FC connectors for drives which are special SAS or SCSI drives with FC connectors. IF it has SAS connectors you’re good to go and in most of the EMC and netapp stuff you can make SATA drives work with the SAS sled and firmware.

Best thing to do is post model numbers and pictures of the interposers and IO slots.

If I remember correctly, the main FAS has a fibre channel backplane. I don’t have sleds or drives for the main one but the two netshelves are fully loaded.

I’ll snap some fresh pictures tonight when I get off work.

As promised, here are the photos. I’m going to post them in groups. First off is the FAS2050 unit, all the drive bays are missing sleds but as I understand it, it’s needed to connect the two disk shelves. 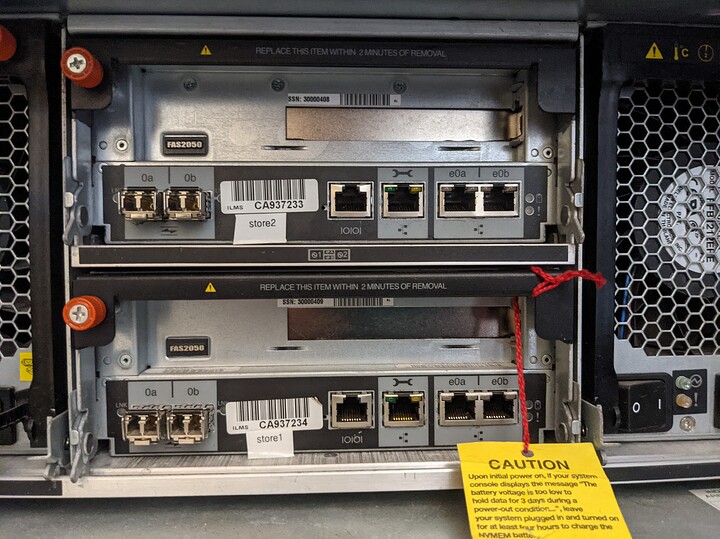 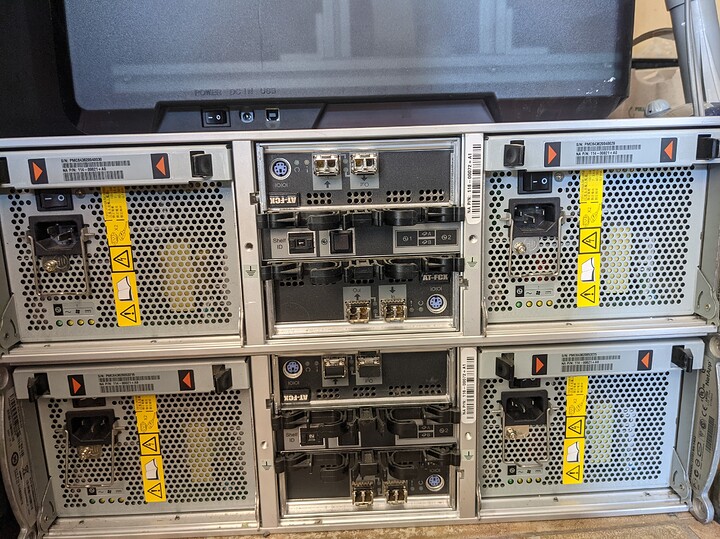 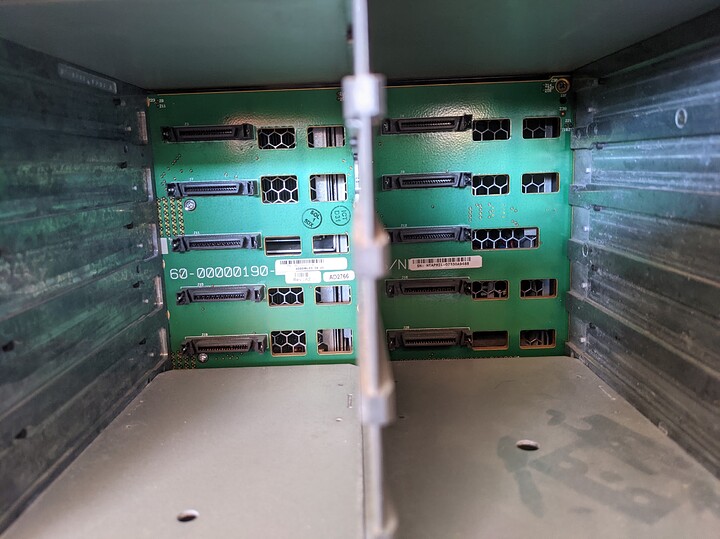 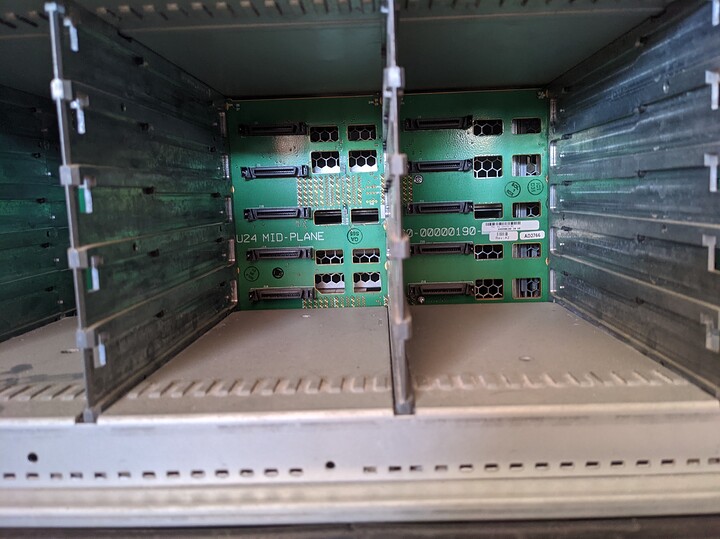 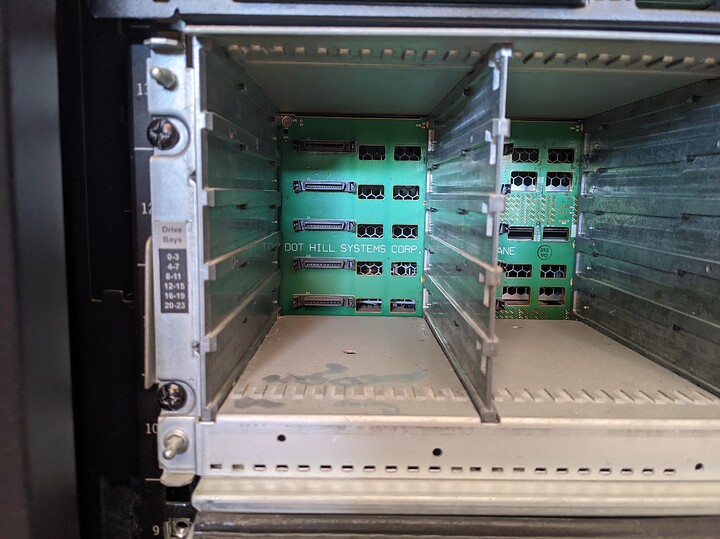 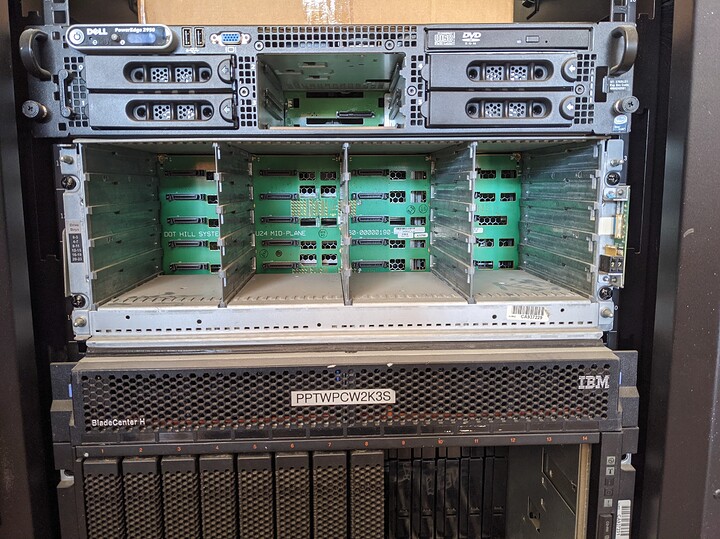 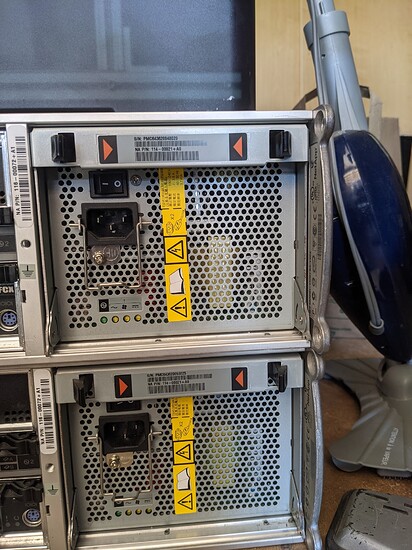 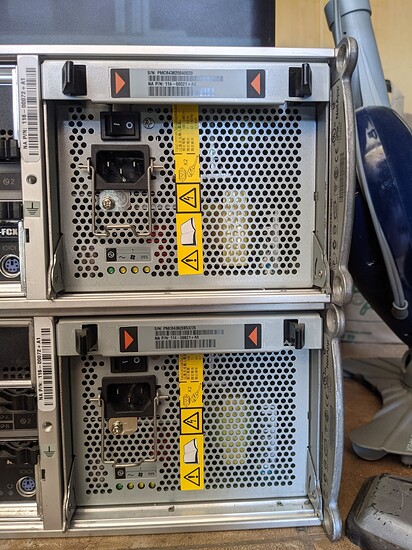 Next is the two DS14mk2 units. Each unit is loaded with 13 250Gb Maxtor MaXLine III SATA150 HDD’s that were inside when I picked them up. 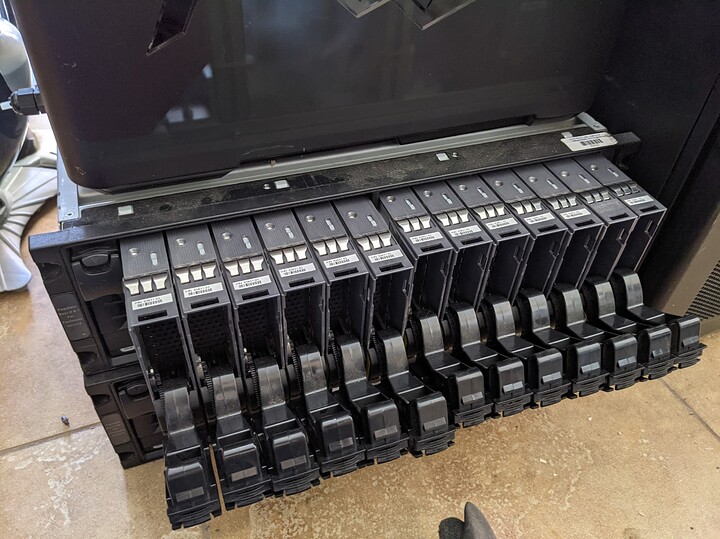 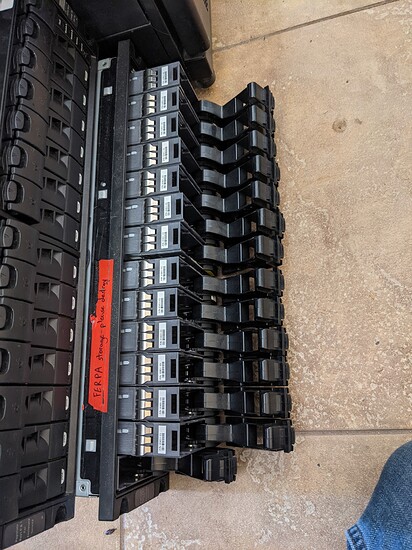 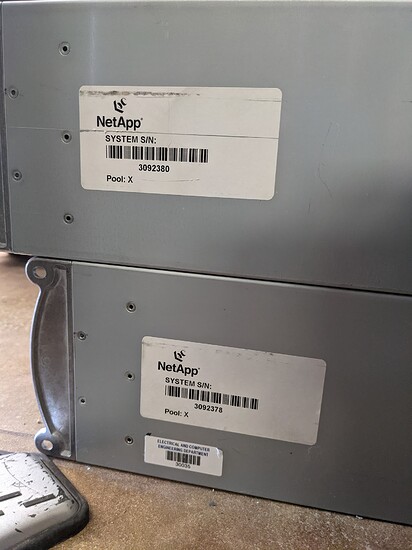 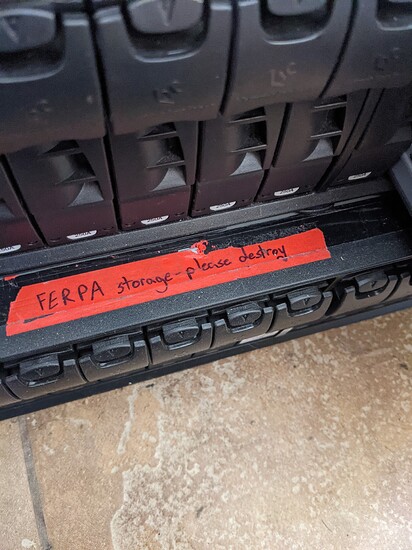 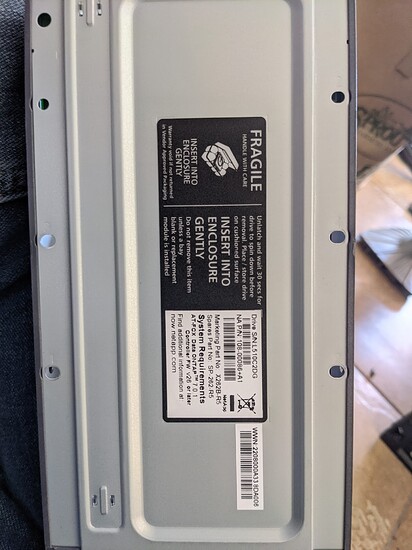 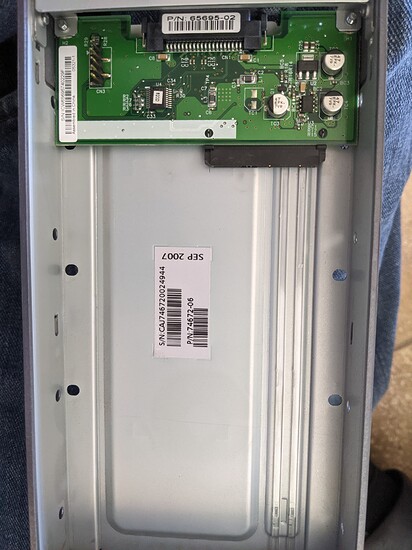 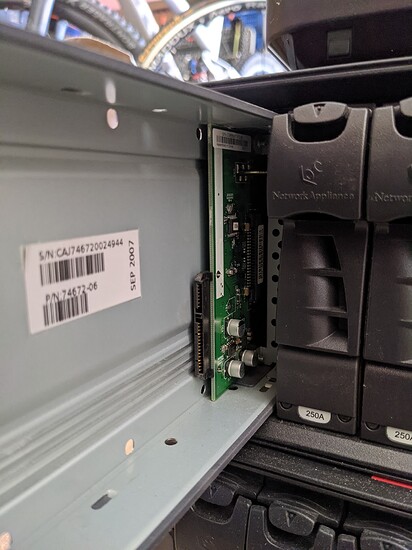 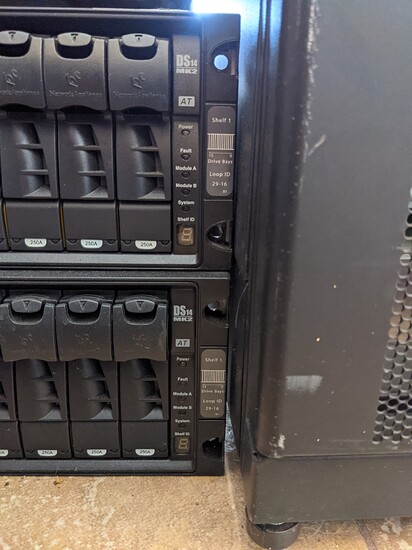 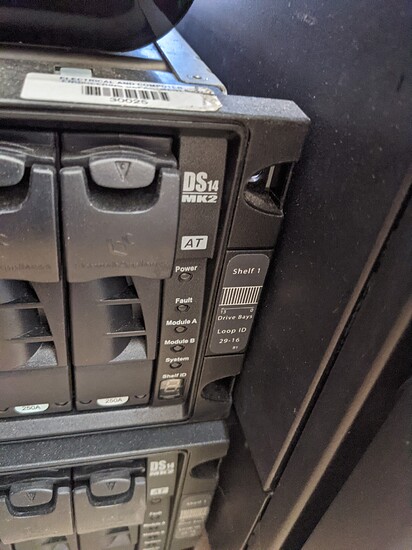 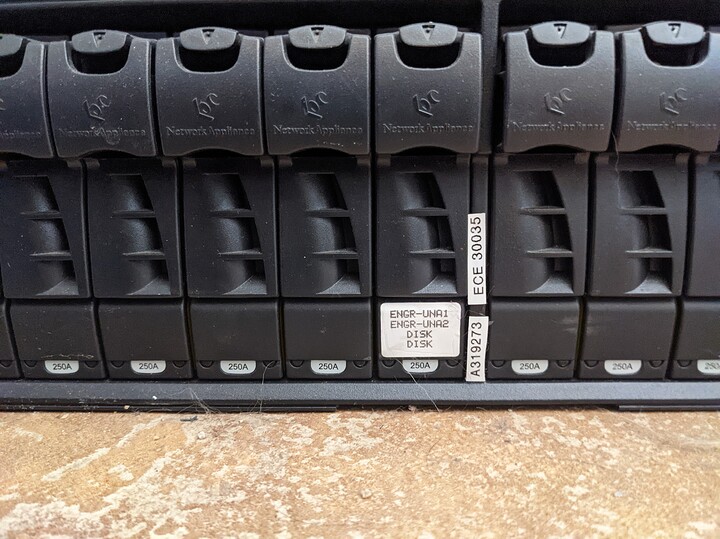 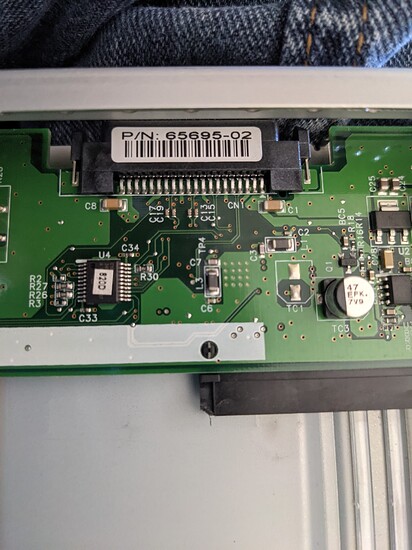 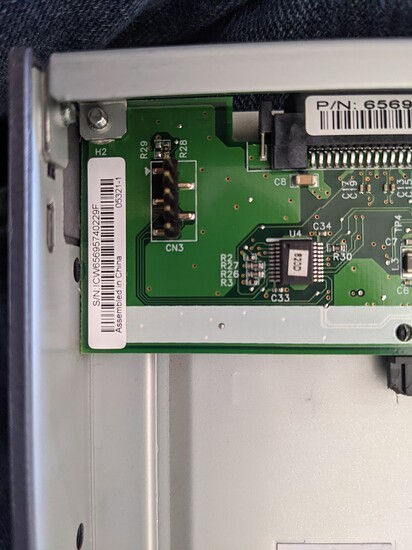 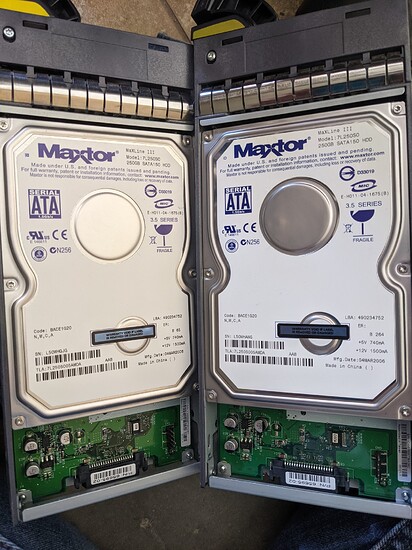 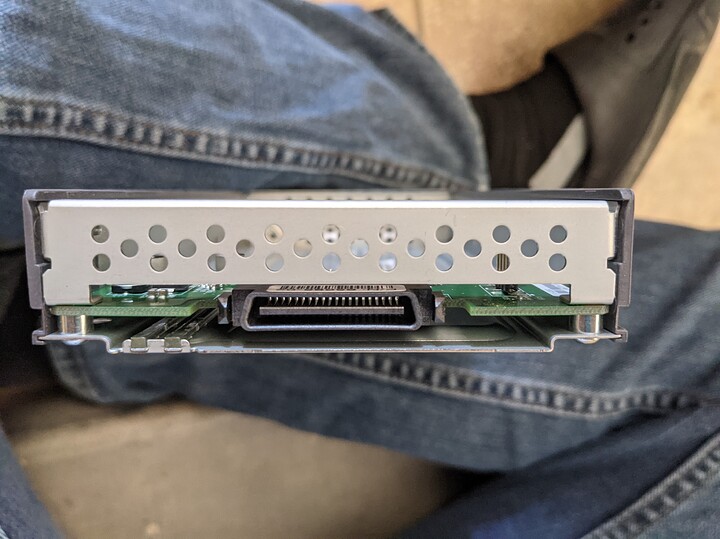 Lastly some bonus photos of the Blade Center I can’t use because I don’t have a plug for it in my house and it didn’t come with any blades :'C

Also one Picture of the Catalyst 3560G switch that I may or may not have a SFP sitting around here for it. To be honest, I don’t have any experience with fiber, I have no clue how to tell if the SFP I have will work in the Catalyst switch.

If anyone is interested in the bladecenter or just needs parts hit me up. I don’t think I will ever use it. Current Its function is to act as a shelf for the other equipment I can actually use. 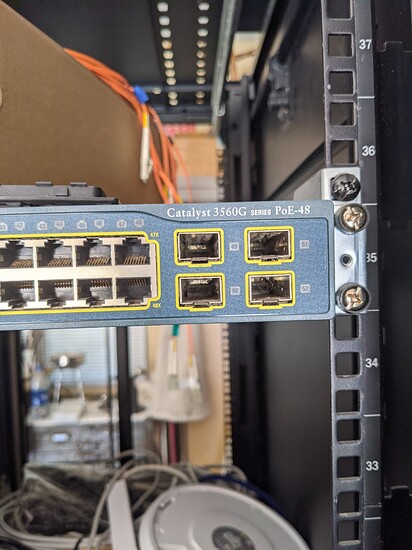 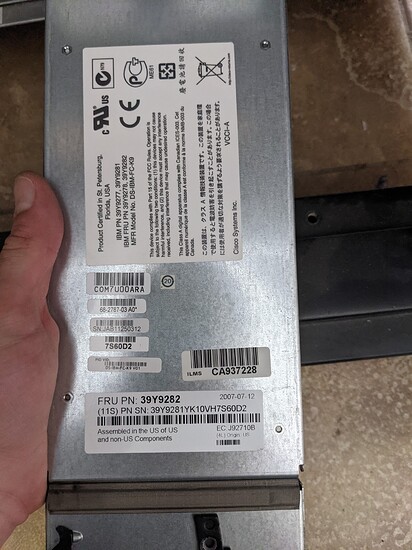 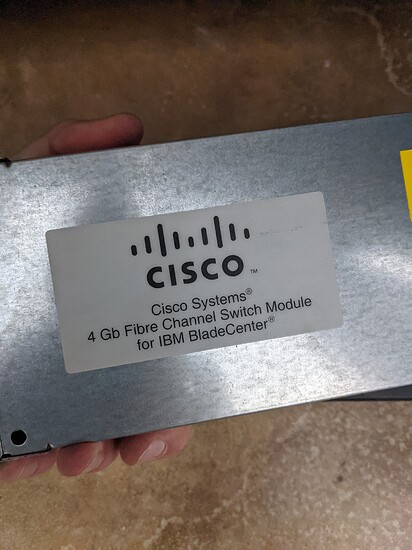 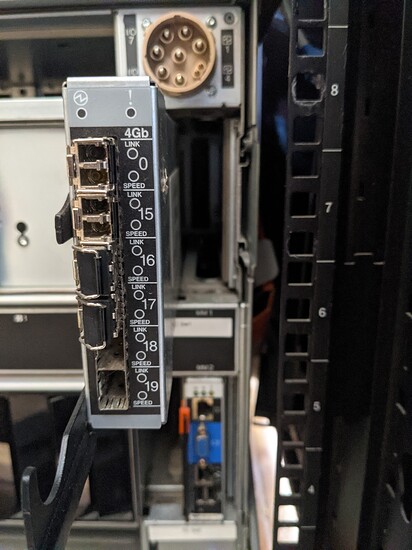 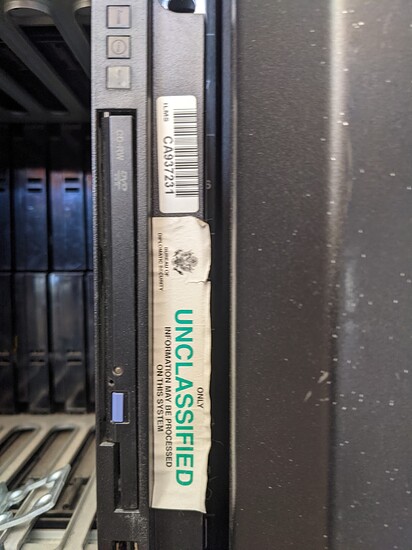 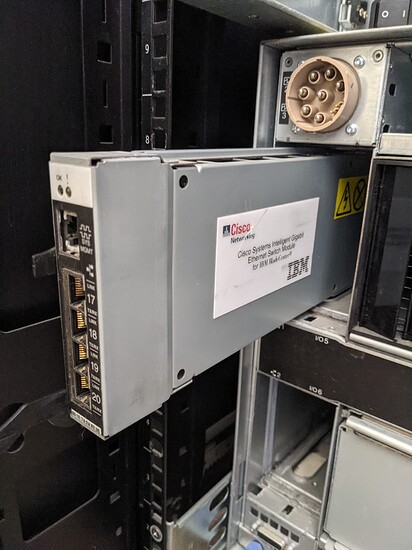 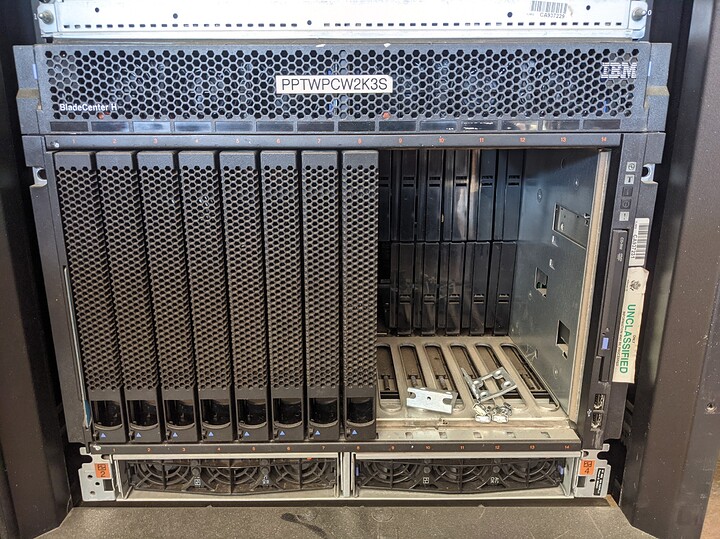 I believe FERPA is a standard of privacy. At my college students needs to sign a FERPA waiver if they want to allow their parents to be able to access their information in any capacity.

Edit: Family Educational Rights and Privacy Act (FERPA)
It also seems to govern accessibility, and is only applicable to institutions that take money from the DOE.

The story behind all this equipment is as follows. Also your Curing Consolitis video parts one and two contributed to this.

About 4 years ago I was running around downtown and passed a junkyard. They had a small store front across the street so I went in to take a look. They had some very dated equipment for resale, some old keyboards and monitors but across the street in their storage yard I notices a fat stack of suranwraped servers sitting on a pallet. I asked the guy at the cash register if I can go into the storage lot to look around. He was apprehensive at first but eventually gave into my request (i assume he was concerned about injury liability).

I walk across the street and make my way around the lot. It was full of these absolutely massive cardboard boxes, about 6x6x4ft. Each box contained keyboards, mice, printers etc… and most of it was sun damaged or had water spots on it. As I’m making my way to the back of the lot a very tall, dark, and handsome APC server rack was blocking my path. I thought to myself, this could be useful, so I bought it. I paid the guy at the cash register $125 for the rack and didn’t mention the equipment inside.

What was inside was a 8 port high density KVM switch (AP5201), a strange but cool pullout keyboard and fold-up monitor (AP5717 17" rack LCD Console), the Catalyst 2560G switch, IBM H series bladecenter (no blades in it though), a bunch of random rack mounting rails, and three spiders nests.

After paying I pushed it the rack a good 75 yards across the lot to the loading zone. I called a buddy to bring a truck and shows up with the truck bed already full while towing a second empty pick-up truck bed behind him. We made the mistake of leaving all of the equipment in the rack when we tried loading it. Eventually the staff got upset we were taking so long and brought over the forklift and loaded it into the second empty truck bed, standing upright.

We drove it back to my house, nearly flipping the truck on each turn because of the weight and height of the rack standing so high above the tires. When we got to the house, we backed up the truck bed in the driveway and ran into our next problem. The in-tow pickup truck bed was almost 3 1/2 feet from the ground. We didn’t have a forklift, ramp, or straps and I just stared at it for minutes to try and find a solution.

Eurika! I removed the server equipment on the inside of the rack to help lighten it and then… We pushed it off the back of the truck, while it was standing upright, 3 1/2 down onto the concrete front door first. Then pushed it up the concrete driveway, scraping off the paint and making deep scratches into the front door. After we got it into the garage we stood it upright and made plans to re paint and hammer out any bends and dents.

The repaint went very nicely, none of the main internal framing or side panels were damaged.
Below is a photo about a week later. It shows the original equipment that came with it, minus the patch panel, I had just added that before taking the picture (which is in snapchat form, I apologies apologise). 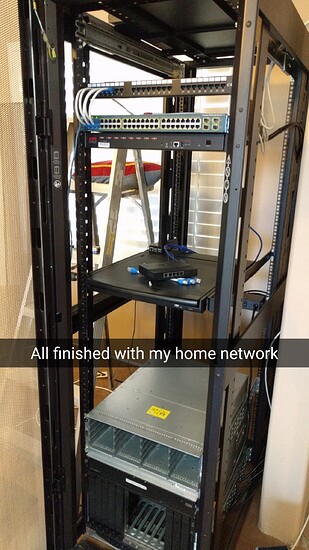 Fascinating! That makes sense now, the two DS14mk2 units came from the U of A.

Thanks for providing the link as well!

I posted some photos of the interposers below for the DS14mk2. Sadly I do not have a sled or interposer for the main unit.

should be good to use overall. What’s the model number of the first device without interposers? to be honest, the sleds will be so expensive I would just use the one you have with all the sleds which takes standard SATA which is great.

I can help you with the FAS-2050 and the IBM BladeCenter H but you will need blades to make use of the BladeCenter, aka computers. Have you tried to boot the FAS-2050? Well you 'll need at least three functional drives in the DS14-MK2 shelf/ves, with one shelf you can get started you don’t need two.

The FAS-2050 should have the base OS in its compact flash card on the motherboard. Not sure you have the license numbers? The OS might already be installed on some disks, the FAS-2050 will pick it up if it see’s OS disks on the DS14-MK2 shelves.

Let me know what you want to do with it.