It Appears Apple Has Lost Their Fucking Minds

I can't say if its legitimate or not, but lets sue the guys who make all of our stuff instead of doing a proper corporate mole hunt!

It's the second lawsuit in less than a week alleging that Qualcomm engaged in unfair business practices.

I mean, as it stands, if it is extortion IRL then I guess they have all the power they need to burn through qualcomm. But, this seems kinda stupid to just want to gut it all :/

Maybe the next ibone will be Nvidia hardware then?
Samsung is on the edge of flipping Apple the bird, Qualcom can live without Apple... Maybe?

That's funny...
Apple sue Samsung, now they are going against Qualcom...
First the manufacturer, now the actual rnd...
I don't think, that if both Samsung and Qualcom boycott apple, they will be able to survive.
I mean neither of the Samsung or Qualcom will have any issue loosing Apple as a customer, but apple will loose all it's manufacturers.
They will have only Intel to work with...

They will have only Intel to work with...

Or intel notices the shit slinging on apples part and gets the hell out of there.

So, Qualcomm sells stuff to Apple but returns part of their payments back. I guess this is what KFTC and USFTC consider as an unfair trade practice. Apple cooperates with KFTC, which leads to Qualcomm losing the case and almost billion bucks. Qualcomm decides "OK, no more "unfair" rebates for you." But now Apple wants these rebates back. Or at least a billion bucks (making it a 2$B loss for Qualcomm).

Is that what's happening? Because it looks like a bad case of self-inflicted gunshot foot wound for Apple.

You bite the hand that feeds enough and people start walking away. a line of tegra and/or atom phones would be pretty funny, though

Maybe the next ibone will be Nvidia hardware then?

I don't think Nvidia could keep up with Apples demand for chips.

They will have only Intel to work with...

Who doesn't? I mean I'm not defending the fruit here, but what phone brand have good battery life?
Yeah, my father squeezes a week out of my old Xperia smartphone, but I had to recharge it every day, cause I actually used it as a smartphone, not just a phone.

It's a problem they make for themselves. If you don't have to drive a QHD or 4k panel and the SoC capable of using it, then you get a far better result battery life-wise. call me old fashioned but 1080 is good enough on any reasonably sized phone. 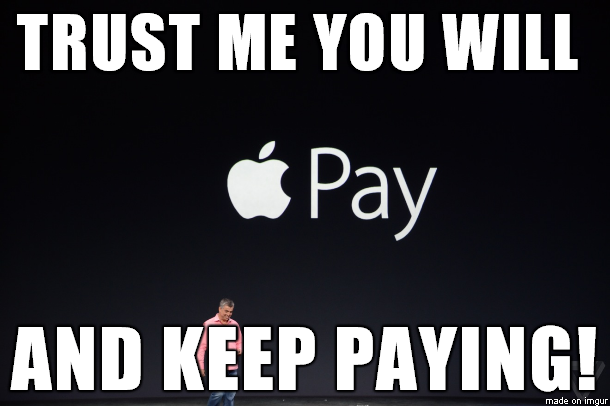 I had to recharge it every day, cause I actually used it as a smartphone, not just a phone.

My sisters iPhone 7 would be lucky to make it that far under regular use.

I was only speaking in general terms, their problem tends to be that they can only fit battery in a very small space, so they downgrade capacity to meet design spec as opposed to building up to it like every sane ODM does

But it's a phone... pixel density is very high, no reason to have 4k phones imo

I believe apple all ready tried that and called it off for those very reasons.

As for the article, why would apple not just pay qualcomm the right amount instead of having qualcomm pay them a portion back, this seems really silly and like a problem of apples making. Fuck apple.

Apple risk loosing both their chip maker and designer, on the back of them just wanting to arbitrarily hurt qualcomm because they have been fined recently and apple want is on the blood letting. Further, apple only seem to have noticed that they were missing money after Qualcomm had been fined, so it is not like apples were hurting for cash if they did not notice a billion missing.

pay fair and reasonable rates for patents we use

,edited for brevity, So they are fine charging too much for the hard ware they sell but not paying whats asked for that hardware in the first.

That suit included allegations that Qualcomm had been overcharging Apple and bribing the iPhone maker with lower licensing costs in exchange for an exclusive deal to provide baseband chips for its smartphones over a five-year period (Apple switched to a mix of Qualcomm and Intel baseband chips last year).

So they wanted money they were not given but were given it as they got bribes instead. Ugh... what?

We welcome the opportunity to have these meritless claims heard in court where we will be entitled to full discovery of Apple's practices and a robust examination of the merits.

Oh that should be fun, apples gets mad and qualcomm might just get even if they drag them through court and expose bad practices. 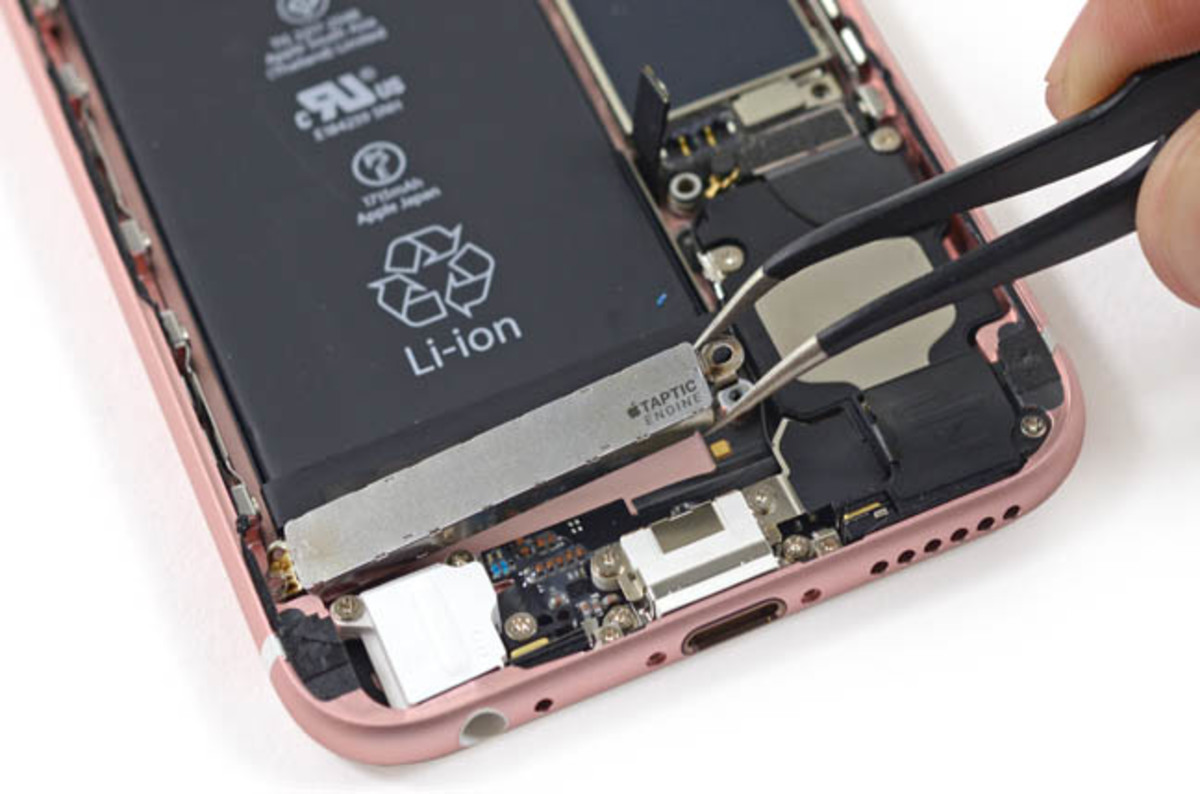 One BEEELLION dollars: Apple sues Qualcomm, one of its chip designers

Wait six months and then Apple will start a lawsuit against Nvidia.

Wait a year and they'll try to sue themselves. Seems like apple shit the bed since old stevie died 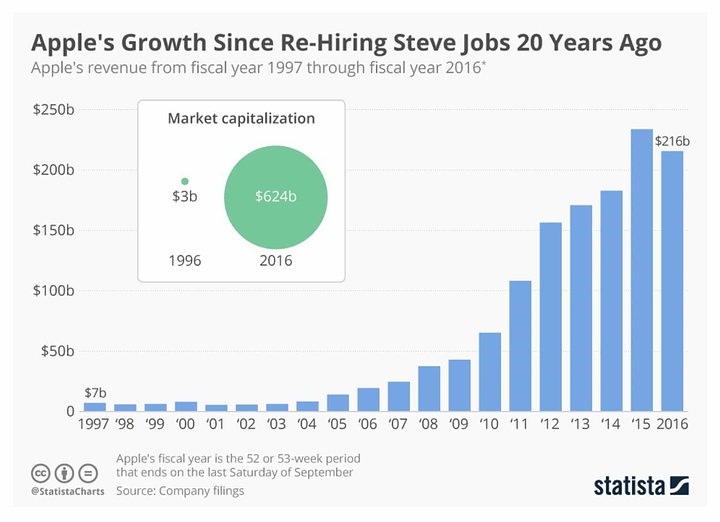 I know it's easy to attribute their success to Stevie, but a lot of it was that they produced a couple key products at the right time - with customers already committed to buying them: the iPod and the iPhone.

What could Apple possibly produce now that would have impact, and customers already lined up and clamoring for it? The iPad Pro is not taking off, and they won't do a touchscreen Mac (It's obvious that the Mac has no real future). They aren't doing VR as far as I can tell (and VR is possibly a fad like 3d TV). What else is there? An Apple car?

Apple got rich by taking an established idea, and improving it: the iPod was a better music player (if you could tolerate iTunes), and the iPhone was a better smartphone than Palm, or Windows Mobile (which was using styluses at the time), and Android wasn't out yet.

I think Apple can still sell iPhones and iPads for a while to come, but I think they are going to miss the boat on the next big thing. And I don't think it'll be as easy to capture lightning in a bottle again.

Ahhh the thing about Steve is he knew how to make a product (or at least knew what people wanted). I remember there was an early interview with him and he described the rise of big companies being attributed to good product design (iirc xerox and IBM were mentioned) and this was because the company was small and run by the product designers and engineers.

As these companies got bigger they became increasingly ran by marketing and business guys who were more concerned about the bottom line than the product. And he said this is why the big companies failed or their bubble burst etc... the product became crap so people stopped buying it.

What's ironic is that he said that and yet his company is now doing exactly what he said makes a company fail. Shit products.

I used to recommend my family members iphones because they were simple and intuitive, and they just worked. I can no longer do that. They are extremely expensive, the screen is basically designed to break on the smallest drop so they can extort you for extremely overpriced replacement parts.

The software pretty much kills the old phones instead of supporting them, it shouldn't take LONGER to get into the phone app than the previous update did and those such things. Battery life is shit. Headphone jack? Do I even need to continue?

Not to mention their computers are fucking garbage and they still make you pay through the nose.

Apple don't have good products anymore. Period. You can find much better products readily throughout the market for much cheaper. It'd be acceptable if they actually supported the user than extort him in every way legally possible

It's not even about innovation anymore. Just put out a decent product ffs