Is there performance enhancements to video game load times with a SSD cache?

I messed around with SSD cache with Red Dead redemption 2 when it first came out. I wasn’t using software I was using a raid card at the time. Just wondering if modern day video games benefit from any enhancement because I’m currently building a new pc and have the raid card in the attic somewhere wonder if I should look for it. Thanks guys

I think this has been answered by LTT in an old video: 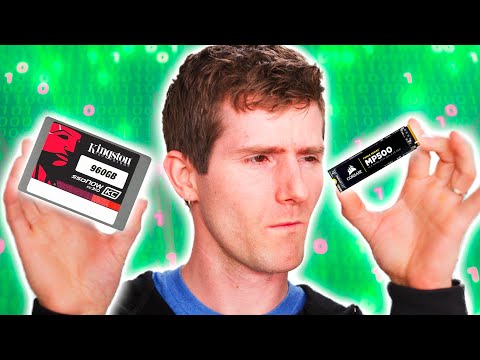 NVMe got cheap. If you have a >8TB Steam Library, we’ll talk about Raid+cache systems.

For anything <8TB, get regular NVMe drives for your (game) storage. Or old SATA SSDs if they are significantly cheaper or you don’t have the slots/lanes and you only store games there.

HDDs still have their place if you need a ton of storage. But the average/enthusiast user with ~1-2TB data and maybe 2-4TB for games…I wouldn’t bother anymore with HDDs. That changes once you get into data hoarding or homeserver territory.

running purely on ssds will definitely net an improvement for you. Running HDDs + SSD Cache will EVENTUALLY net benefit, but only after the data gets into the cache. A simple case would be launching the game, closing it, then relaunching it multiple times and comparing the start times. A more useful but potentially harder to quantify use case would be your game reusing assets and then those assets getting cached, but that assumes the game can’t cache everything in VRAM.

TL;DR: It won’t hurt, but YMMV

I can’t imagine it would. Rockstar aren’t exactly the known for their optimized load times. GTA Online loading times are now benefitting from a fan-made fix | GamesRadar+

Why use SSD when RAM could be used instead… Much faster speeds, in read / write and load times. Create a ram disc from software of available ram. (Free download)

Say you have 16gb ram, save something like + - 4GB for the operating system (that’s about the minimum windows 10 requirement) and use the rest as a ram disc. Try loading games from and to that and watch the speeds.

Being that guy, who first bough an okay’ish SSD, then 960Evo m.2, then a MP600 from Corsair… and then a WD ssd just for storage, I would say that the “okay’ish” was quite enough.

I do, however, keep games like “PathOfExile”, which are suspected of having “optimization questions” on the MP600(just because I have it already), but I really didn’t get any performance rise when I was moving “heavy” games to a “better ssd/m.2”.