Is There A Really Good Standalone Linux Compositior (Not Compton)?

What are the chances there’s a standalone Linux compositor out there that’s really good?

The older compositors in MATE’s Marco, XFCE’s XFWM, as well as standalone Compton, are not so fine: Tearing, rippling, slower, etc. On high-end hardware. So much so I avoid distributions that use them, which does limit my choices significantly.

I don’t think there is a better standalone compositor than compton, unfortunately. Compiz was popular long ago but probably no better than compton.

For Wayland there is Sway, WM/Compositor that is like i3 and Weston which is really intended for mobile.

On what hardware are you still experiencing screen tearing?

I don’t game enough, or use demanding games, for it to be a problem there.

Examples of what I see are rippling, distorted vertical edges of windows as I move them around the screen, images showing similar distortions in browsers during scrolling or moving the window (especially Firefox), etc.

Symptoms are greatly reduced or not there on Gnome and Cinnamon but quite apparent on XFCE, MATE and KDE. Ditto on Compton. I can improve KDE by setting vsync to “Full Screen Repaints”.

Have you checked “Force Composition Pipeline” in nvidia-settings?

I tried that in the past and don’t recall much change. Also understand it’s incompatible with vsync and not needed for games on a Gsync display.

Mutter/Muffin are well behaved so I’m inclined to think what I see is a factor of the compositor in use. Too bad they can’t be used standalone.

I have no screen tearing, which is pretty good considering that 2 of my monitors are in portrait mode. I run KDE plasma with Tearing prevention set to Never and Force Composition Pipeline enable for all monitors. I don’t know how this interacts with Gsync as I don’t have a Gsync monitor. But I know for sure that it solves tearing in KDE on both my desktop and my quadro laptop. I have previously used comption successfully without tearing, you need to edit the config file to make it work correctly and I don’t remember what the option is.

I’m not sure calling what I see “tearing” is correct, at least as that term is usually applied. (I haven’t noticed classic tearing in the little gaming I do.) It’s real, though, and related to older vs newer compositors and Nvidia.

Could they be artifacts from motion interpolation at a higher framerate? This would depend on your monitor, but I’ve seen it on TVs that advertise high refresh rate where they actually fake the refresh rate causing artifacts during motion.

Reviving this thread because it’s relevant to my current interests:

However, Muffin only works with FreeSync on Unigine Superposition… NOTHING ELSE. KDE with compositing off has FreeSync on practially everything. And even works with Xcomposite capturing of Vulkan surfaces.

LXQT is the wildcard. Recently LXQT PPAs were fully deleted in favor of only distributing it for Ubuntu with Lubuntu, and that uses Compton. Being unable to test lacking a PPA, I’d need someone to install Lubuntu 18.10 to report back for that.

I have been using xcompmgr (with openbox) as I wanted something as minimalistic as possible without bloat in a hope of higher performance. After experimenting I found that the automatic server-side compositing mode worked the best for my needs. (I do nearly all my gaming on Windows, so limited experiences there.) Screen tearing was mainly affected by the options in the nvidia-settings and I could only get it to work well with ForceFullCompositionPipeline.

Since this is without any effects, I decided to remove it from the code to reduce dependencies and to be able to fix issues if I ran into some. You can find the result here: (I can provide a AUR pkgbuild if anyone is interested.) 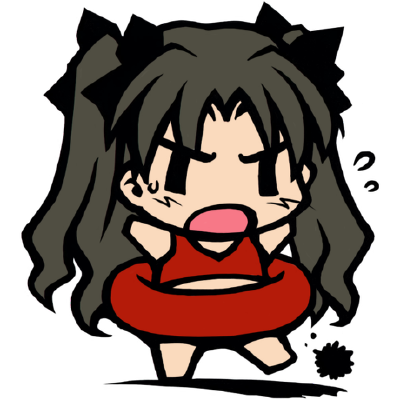 I was really disappointed to see it ended up just being a call to X which then does everything. I still have some issues with mpv being laggy for a bit if dragged to another monitor, though I am surprised I am somehow avoided screen tearing in mpv even though the monitors are not the same refresh rate. (It was definitely an issue in my old configuration.)

Mutter is used by, for example, GNOME Shell, the GNOME core user interface, and
by Gala, elementary OS’s window manager. It can also be run standalone, using
the command “mutter”, but just running plain mutter is only intended for
debugging purposes.

Anyone that have tried running it as a standalone (or with Muffin)? I have kinda been ignoring the DE compositors because I didn’t want a complete DE.

My primary issue is Xcomposite (Window Capture for OBS) is fully broken on Muffin. I had to switch to KWin to solve that issue, but to retain Nvidia Freesync, I can’t engage force full composition pipeline so I get tearing.