Is PCIe Bifurication limited to even # lanes only?

When you BiFuricate a large lane, are you limited to even number splits and common lane #'s only?

Can you split the lane any arbitrary way?

Is there any technical reason why this kind of arbitrary user split can’t be done?

Are lanes split to transmit and receive so always want even numbers ? (Guessing)

The reason why you can’t arbitrarily split lanes like that is because there are only specific predefined modes to allocate resources to/from.

The controller is smart enough to know if you plug in a x16, a x8, or a x4, etc and has logic baked in to operate in different modes depending on what was detected.

These splits are always a base two number (because binary).

So it’s a controller programming limitation.

Really? I didn’t know that one.

It exists on paper, but I have never seen a device that runs it.

This company literally built the BiFurication Switch Chip that I wanted!!!

Never mind, it’s very close, but not exactly what I wanted.

If they followed PCIe spec properly, here’s what the Physical x## lanes would look like: 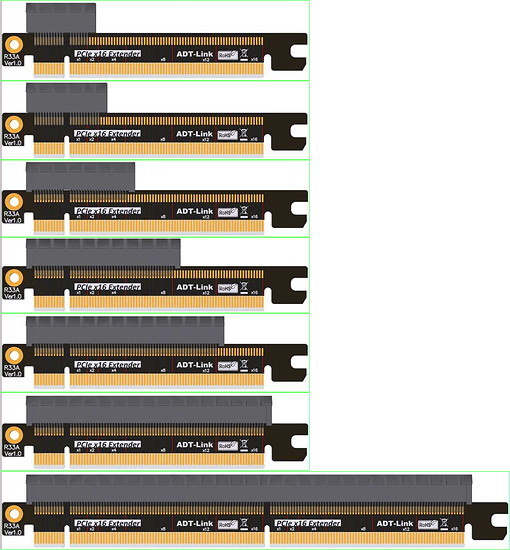